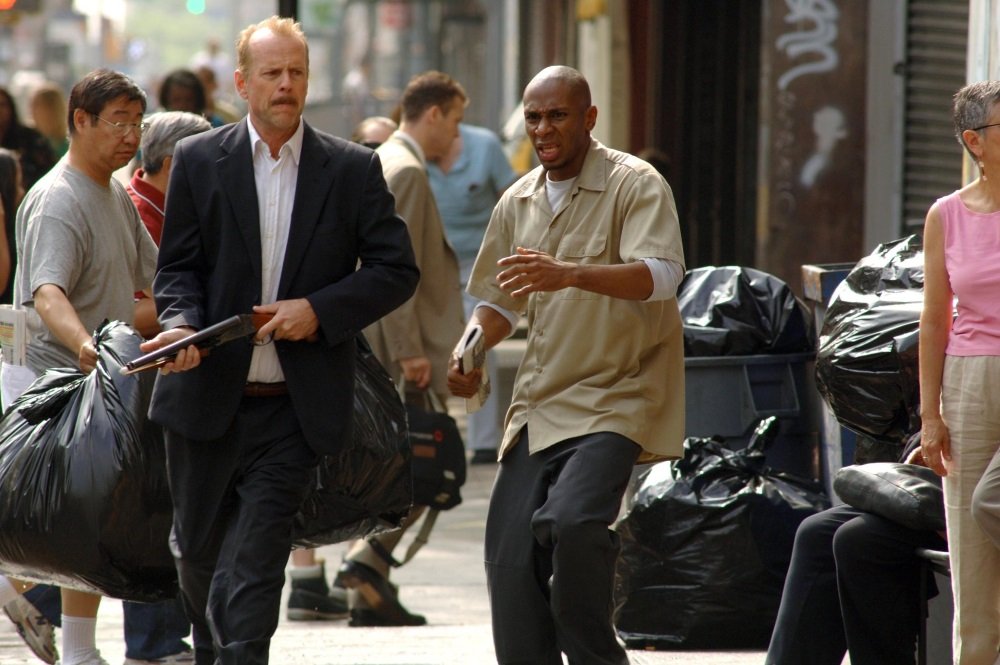 In 16 Blocks (2016), Bruce Willis is an NYPD burn-out assigned to get the “nothing job” of escorting a small-time loser (Mos Def) turned star witness in a Grand Jury indictment against a corrupt cop from lock-up to courthouse.

It’s from Lethal Weapon series director Richard Donner and he and wisecracking action movie icon Willis shift down from the high octane crime film spectacles that made their reputations for a thriller seeped in mortality and redemption. And lots of guns. It seems that the entire department is out to stop the witness from getting to trial alive and Willis, a detective shuffling through his job with equal parts apathy and inebriation, is a convenient patsy in a conspiracy of fatal witness tampering. David Morse pulls the strings as Willis’s former partner, a coolly duplicitous cop with a Mephistophelian air.

It’s hardly a new story and the script doesn’t add much to the redemptive drama as our cop is roused from his moral coma and takes on what appears to the entire police force to get his man to the court alive by his 118-minute deadline. The lean plotting, however, discards the cute twists and physics-defying superhuman feats that pepper so many American crime spectacles (including the wise-ass Die Hard movies that made Willis an action star) for a more down to Earth drama. The real-time countdown provides tension and momentum and the physical repercussions of each violent collision gives is a semblance of credibility.

It’s a satisfying piece of genre filmmaking and an underrated American crime story thanks to the low-key turn by Willis and the street level heroics of his odyssey.