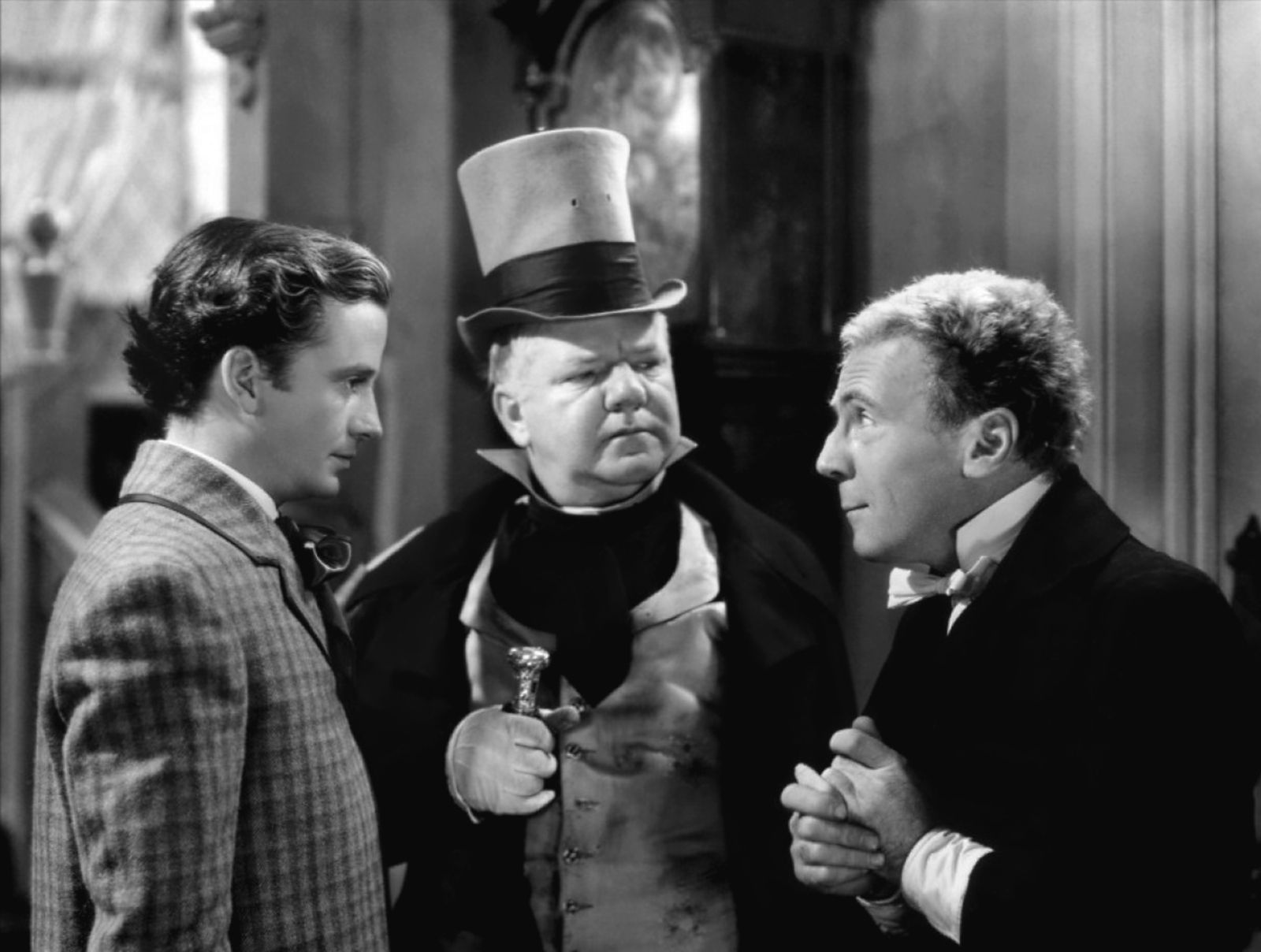 Produced by David O. Selznick, MGM’s resident producer of class and literature, and directed by George Cukor, the film follows the life of David from birth and boyhood (played by thirties child star Freddie Bartholomew) to young man (Frank Lawton), and the lives he passes through along the way. Some scenes from the novel were necessarily cut but it is largely faithful, beautifully produced, and brought to life with distinctive performances.

The film boasted a “star cast of 65 players” on its original release, which is only slightly exaggerates. It isn’t so much star-studded as well cast from the deepest pool of Hollywood studio character actors, among them Edna May Oliver as the eccentric but generous Aunt Betsey, Basil Rathbone as the cold, stern stepfather, Roland Young (usually cast in comic roles) as the weaselly, obsequious villain Uriah Heep, Lionel Barrymore, Elsa Lanchester, Lewis Stone, and Maureen O’Sullivan. The most inspired casting is W.C. Fields, who is marvelous as the hearty and loyal Micawber, so different from the sly, sour curmudgeon he was famous for playing in his comedies.

The adaptation was written by Hugh Walpole, the first of a trio of screenplays the great British author penned in Hollywood, and he has a bit role as the Vicar of Blunderstone.

It’s a superior adaptation, a handsome film, and a prime example of Hollywood filmmaking of the thirties at its best. Nominated for three Academy Awards, including best picture.