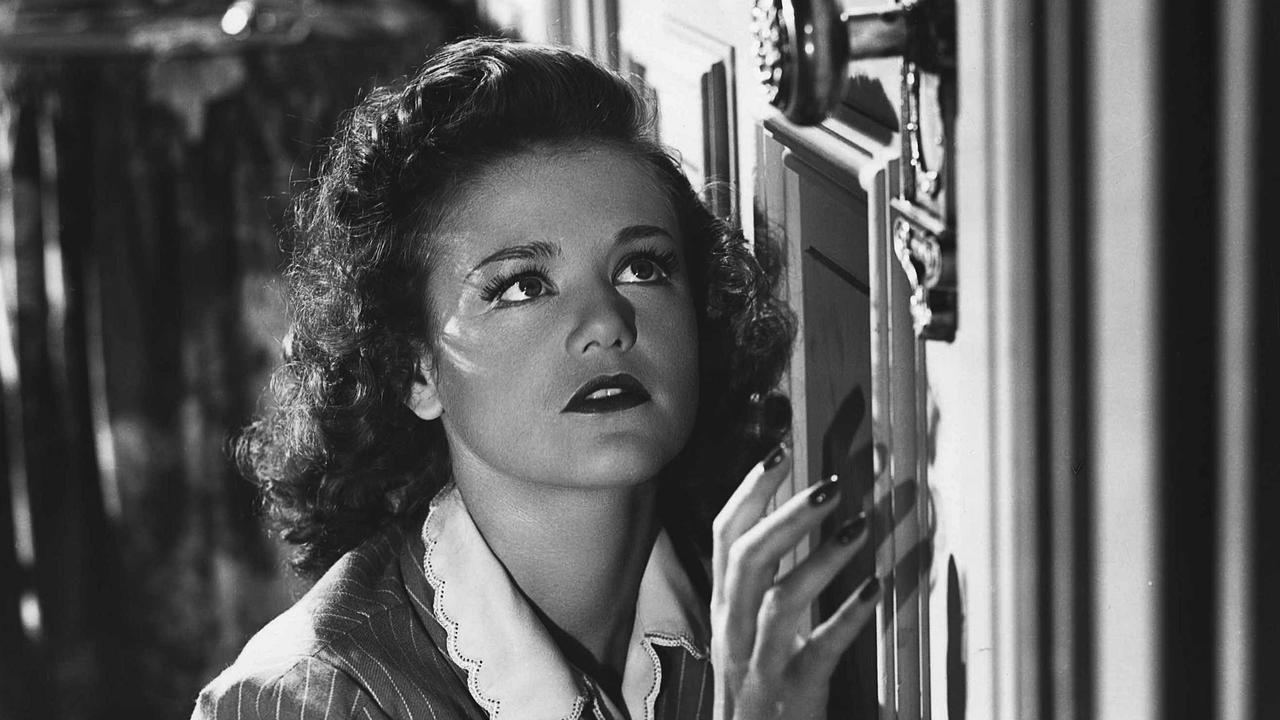 The original Cat People (1942) was made on a low budget for RKO’s B-movie unit, the first in an amazing series of B-horror films from producer Val Lewton that transcended its origins. It’s a masterpiece of mood and psychological ambiguity masquerading as a cheap exploitation knock-off. Cheap it is, but Lewton and director Jacques Tourneur create mood not out of what is seen, but what isn’t.

Simone Simon is a kittenish young artist from a rural Siberian village who has moved to urban America but still believes in the legends and superstitions of her homeland. Kent Smith is the generically charming American engineer who meets her in the zoo, where she obsessively sketches the Black Panther prowling its small cage, and they marry, but her fears prevent her from consummating the marriage. She believes that she comes from a cursed bloodline of the devil-worshippers and that any form of romantic passion will transform her into a jungle cat. That’s not exactly how the film frames it—she won’t even allow a passionate kiss out of her fear—but the film slyly makes the connection between sex (both repressed and unleashed) and horror.

Smith sounds more parental than partner as he dismisses her superstitions and fears with a superiority that comes off as insensitive as best and arrogant at worst. The only transformation we see is in the character of the suddenly aggressive Simon when she becomes jealous of her husband’s coworker (Jane Randolph). Everything else is left to suggestion and imagination, using feline snarls and shadows on the wall and ingenious art direction (her apartment is filled with art featuring cats) to hint at transformation. Tom Conway is both slickly sophisticated and a little sleazy as a psychiatrist who becomes too interested in his troubled patient.

Tourneur proves to be a master of suspense and a brilliant director of poetic horror and he and cinematographer Nicholas Musuraca created remarkable, evocative images on a limited budget, using light and shadow like a film noir in a dream realm. This is a landmark of psychological horror and one of the most beautiful horror films ever made.

, iTunes, GooglePlay and/or other services. Availability may vary by service.
Cat People (The Criterion Collection) [Blu-ray]

The Blu-ray debut on Criterion Collection is mastered from a new 2K restoration and it includes some terrific supplements, including the 2008 documentary Val Lewton: Man in the Shadows, directed by Kent Jones and narrated by Martin Scorsese. It traces the career of the cult film producer from the class productions of the David Selznick organization (where he did uncredited work on such scripts as A Tale of Two Cities and Gone With the Wind) to head a unit making low-budget horror films for RKO Studios. He was saddled with bad scripts (which, we’re told, he often rewrote without credit) and crude, exploitative titles (which he could not rewrite), and through evocative imagery, inspired lighting, a creative use of sound and suggestive set pieces he overcame low budgets and minimal resources to make such classics as Cat People, I Walked With a Zombie, and The Seventh Victim. In the words of Lewton himself (voiced by actor Elisas Koteas): “We make horror films because we have to make them, and we make them for little money, and we fight every minute to make them right.” Writer/director Kent Jones fills the production with rich clips and some inspired interviews (including Japanese horror master Kiyoshi Kurosawa).

Carried over from the 2005 DVD release is commentary by historian Greg Mank with archival audio interview excerpts of Simone Simon. New to the disc is an archival interview with Tourneur from 1979 and a new interview with cinematographer John Bailey, who shot the Paul Schrader remake and studied the film in preparation. The 16-minute video interview is both an appreciation of RKO studio cinematographer Nicholas Musuraca (complete with a comparison to the more heralded John Alton) and a revealing discussion of his work on the film. Also includes a fold-out insert with an essay by Geoffrey O’Brien.