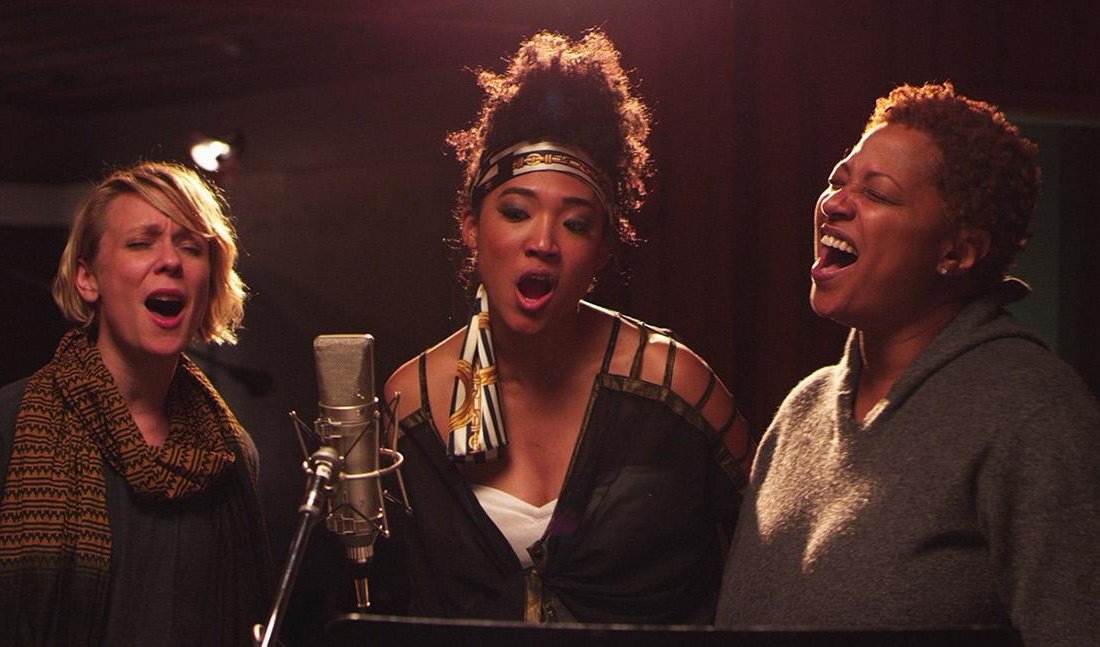 The poster for the music documentary 20 Feet From Stardom (2013, PG-13) advertises the appearances of Bruce Springsteen, Sting, Mick Jagger, Stevie Wonder and Bette Midler, ironic since the documentary is really about the back-up singers who performed with them and many others, always outside of the spotlight. Darlene Love, Merry Clayton, Lisa Fischer, Claudia Lennear and Judith Hill are the featured singers here, charting a profession that reaches back to the early sixties when the first African-American girl groups emerged as back-up on R&B and rock and roll records.

Stories are the foundation of most great documentaries and this has some compelling stories, notably the ordeal of Darlene Love, who quit after her career was appropriated by Phil Spector and returned at the age of forty to become a star in her own right, and Merry Clayton, the woman who provided the piercing voice that cuts through the Stones’ “Gimme Shelter” to cry out the warning “Ra-a-ape! Murder! It’s just shot a way! It’s just a shot away!!”

The only weakness of this documentary is that it promises a portrait of singers who aspire to the spotlight themselves and others content to remain in the background, and ends up focusing only on those trying to make the leap to solo act. A minor quibble is such an energizing documentary. And, of course, it’s worth it just for the music and the stories behind the songs.

The film, directed by Morgan Neville, won awards at film festivals around the world before getting a wide theatrical release, and then won the Academy Award for best documentary feature.

, iTunes, GooglePlay and/or other services. Availability may vary by service.
20 Feet from Stardom [Blu-ray]