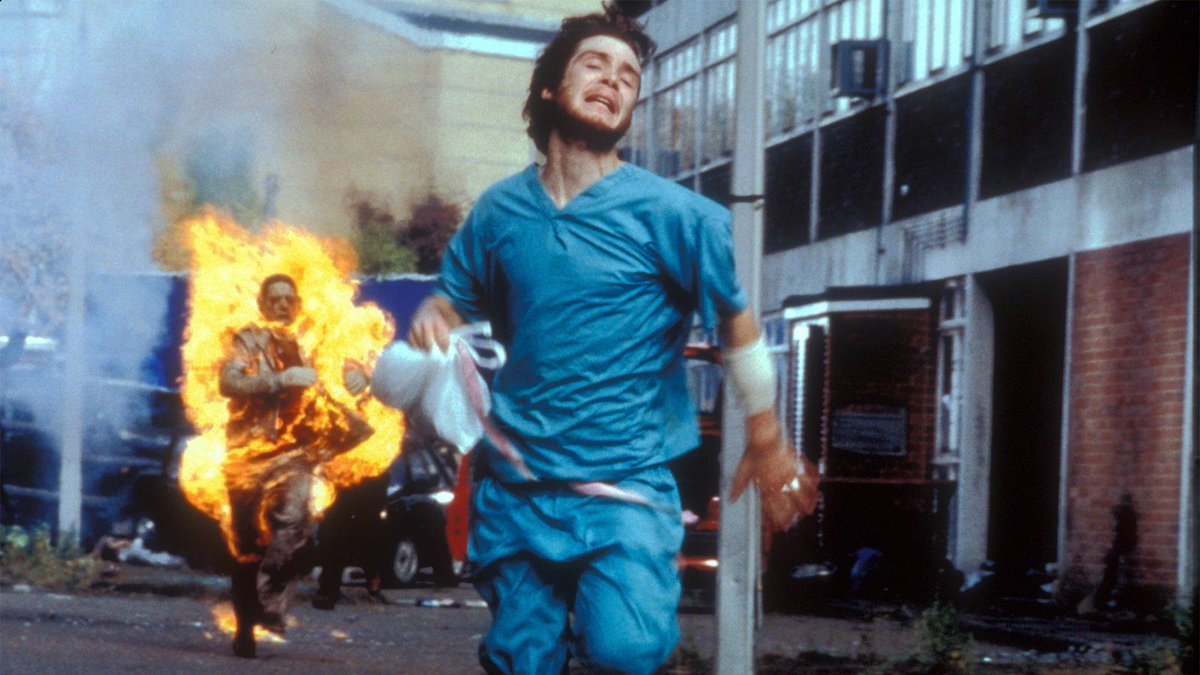 That’s the predicament our hero (a tormented Cillian Murphy, with sunken eyes and a strung out look) finds himself in when he awakens from a coma in post-apocalyptic London and finds a handful of humans turned into guerrilla survivors in a survival of the fittest world.

Tight, focused, aggressively grungy and bleak (Boyle is one of the few directors to effectively use the DV aesthetic to enhance his blown-out vision), it’s a film that works both as a relentless, thrilling gore-filled survival ordeal and as a metaphoric vision of humanity holding out against nature gone wild and authority turned corrupt. Brendan Gleeson is heartbreaking as a devoted father dedicated to protecting his daughter, Naomi Harris is tough and tender as the veteran survivor who reluctantly adopts Murphy in the war zone, and Christopher Eccleston is hard and scary as a military commander whose power has gone to his head.

, iTunes, GooglePlay and/or other services. Availability may vary by service.
28 Days Later [Blu-ray]

The Blu-ray and DVD releases from Fox Home Entertainment feature commentary by director Danny Boyle and writer Alex Garland that leads the viewer not merely through the making of the film (including how he turned London into an empty ghost city) but the how and why of the direction took, and didn’t take, for the story. The alternate endings include the grim climax that was added for the re-release as well as a different version of the original coda and an entirely different third act that was never shot but created in storyboards. The 12-minute animatic sequence is read/performed by the director and the writer. Also features six deleted and extended scenes, the documentary featurette “Pure Rage: The Making of 28 Days Later,” animated storyboards, two still galleries with director commentary, a music video, and the trailer.