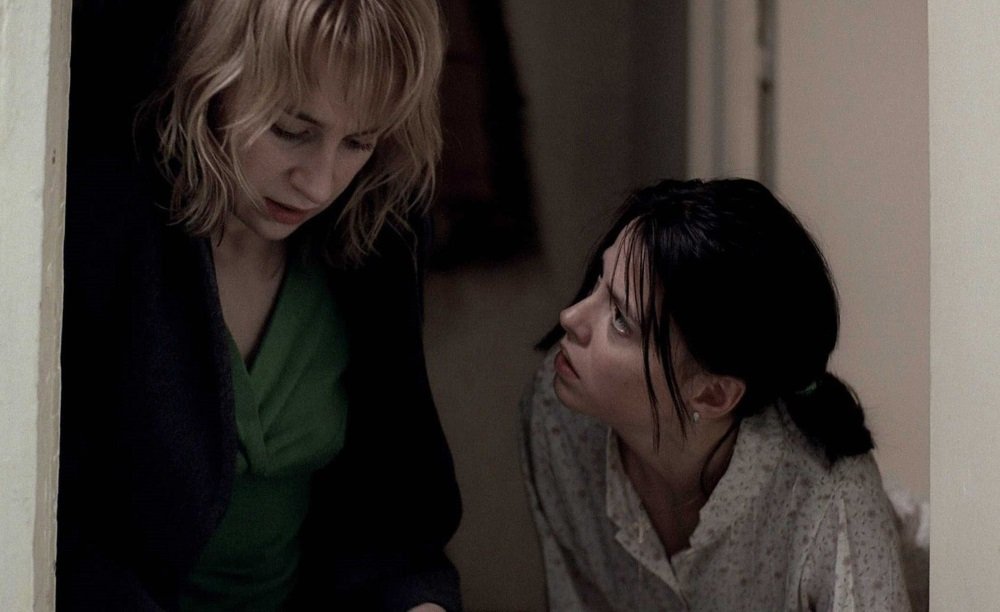 Cristian Mungiu’s beautiful and harrowing Romanian drama 4 Months, 3 Weeks and 2 Days (2007) won the Palme d’Or at Cannes and Best Film at the European Film Awards, yet didn’t even make the short list for Best Foreign Language Film nominations. I can’t fathom this defiant snubbing of such a powerful and provocative film, unless it has something to do with the subject matter.

In this socialist state, the culture has devolved into barter. Everything is a negotiation, from getting a hotel room to bribing a ticket inspector on the bus, with cigarettes proffered as signals to begin negotiations and left as tips. College students Otilia (Anamaria Marinca) and Gabita (Laura Vasiliu) learn that when the stakes get higher—and things don’t get much heavier than an abortion, which is illegal in 1987 Romania—the costs go way beyond bribes and under-the-table payments.

It’s a devastating ordeal by itself and the film doesn’t pretend otherwise, but the whole subterranean aspect of this underground operation, with the surreptitious bookings and secret meetings under the snooping noses of hotel clerks collecting ID cards and taking names, gives it the stakes of an espionage drama behind the iron curtain. It’s only the chillingly mundane atmosphere and the snide civil servant attitude of the players that tells us this is the everyday reality of life here.

The long takes are not of the dazzlingly dramatic and cinematically acrobatic variety, that whisk the viewer into the thrill of the momentum and beauty of the composition. Mungiu uses the camera to focus our attention, and he keeps it on characters, on interactions, on scenes to keep us as trapped as the two girls are. The wide cinemascope format, so often reserved for films of open vistas and magnificent landscapes where the possibilities are limitless, becomes a cage. Not claustrophobic or oppressive, but unyielding, and it won’t let us look away. There’s much less editing by design, but the cuts are perfect, and they drive the film into the next scene like a spike.

Mungiu called the film one of his “Tales From the Golden Age,” but there’s nothing satirical or sardonic about the story or the drama, and none of the sentimental East German “Estalgia” for the good old days of comforting Communist rule in sight.

It won three awards at the 2007 Cannes Film Festival, including the Palm D’or

In Romanian with English subtitles

, iTunes, GooglePlay, Fandango, Vudu and/or other services. Availability may vary by service.
4 Months, 3 Weeks and 2 Days (The Criterion Collection) [Blu-ray]