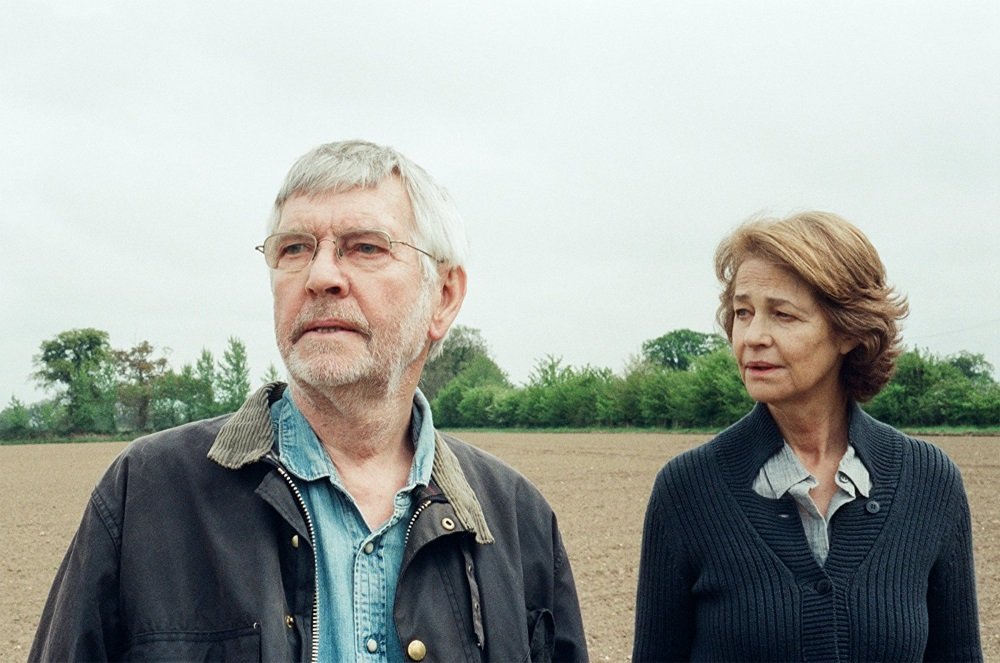 45 Years (2015), starring Charlotte Rampling and Tom Courtenay as a happily married couple suddenly jolted when the distant past of the devoted husband suddenly resurfaces, earned both stars the Silver Bear for acting at the Berlin Film Festival and Rampling the first Oscar nomination of her 50-year career. They are superb in this hushed British drama directed by Andrew Haigh, who also adapted the short story by David Constantine.

You could call it a haunting, or a tale of possession, though in this case it is a memory rather than a spirit that takes root and refuses to leave: a love affair that ended before they even met, a lover who died yet literally resurfaces when her frozen body is churned up by a glacier. The premise is something out of a pulp murder mystery (and in fact was used in an episode of Alfred Hitchcock Presents) but here it is an echo of the past that churns up unresolved feelings that Courtenay refuses to discuss but won’t leave alone. While she plans the party to celebrate their 45th wedding anniversary, his mind is elsewhere and her heart feels it.

Rampling is a master at playing calculating, cold figures, hard, emotionless women who let nothing through their hard stare and locked expression. In 45 Years she lets the vulnerability show while Courtenay is distracted, distant, his mind trapped in a past of what might have been, a love become perfect and idealized because it ended at the height of passion. It’s a different kind of betrayal but it hurts all the same. The cracks in their long, happy, comfortable marriage are all in subtle shifts of behavior, from the furtive glances and sneaking around to the increasing physical distance in their interactions.

There are powerful, complex emotions churning under the placid surfaces and Haigh and the actors remind us they leave scars.

Add to My List on Criterion Channel or stream free on Kanopy, which is available through most major public and college library systems.

Also on Blu-ray and DVD and on SVOD through Amazon Video, iTunes, GooglePlay, Vudu and/or other services. Availability may vary by service.
45 Years (The Criterion Collection) [DVD]

Previously available in a bare-bones edition from Paramount, Criterion’s “director approved” edition features a new 2K digital transfer and new supplements on Blu-ray and DVD. Director Andrew Haigh and producer Tristan Goligher provide audio commentary and also participate in a documentary on the making of the film, which also includes interviews with actors Charlotte Rampling and Tom Courtenay, editor Jonathan Alberts, and director of photography Lol Crawley (36 minutes). There’s also a 13-minute video interview with David Constantine, author of the short story on which the film is based, and a fold-out insert with an essay by Ella Taylor.