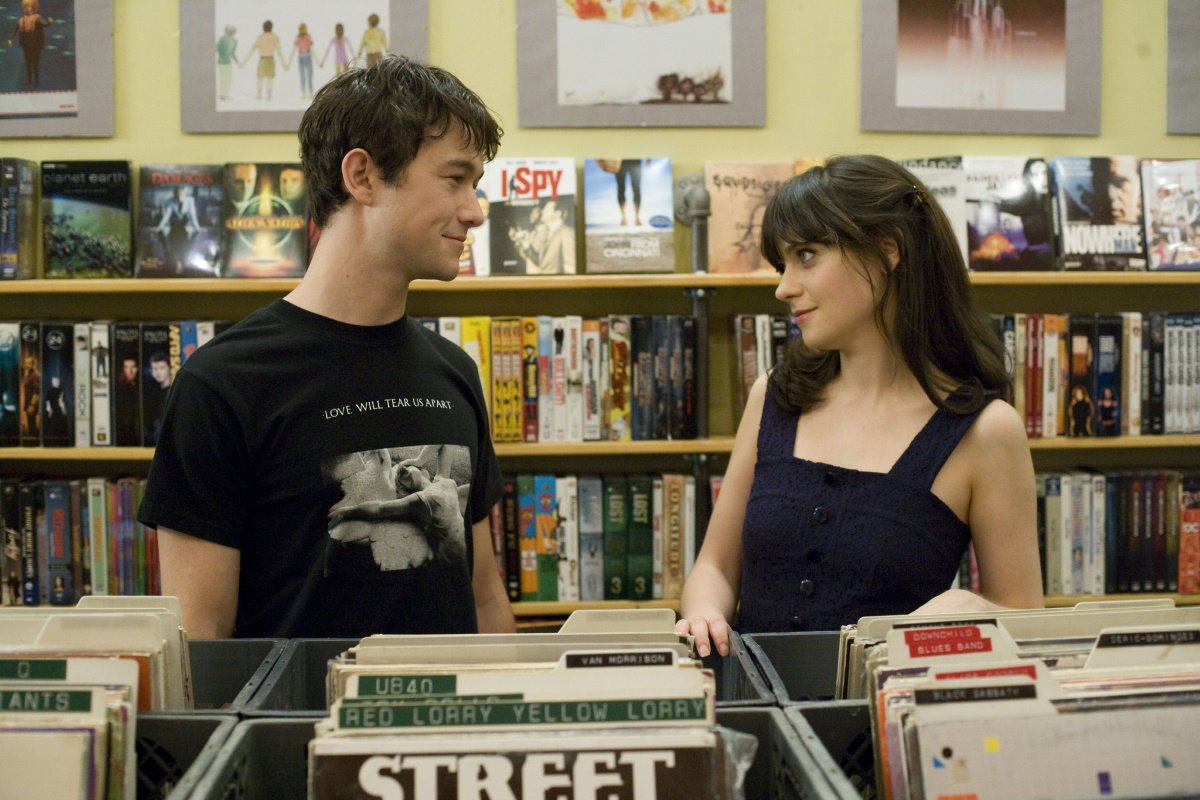 That’s not entirely true. It’s simply not a story about a love for the ages, simply for a brief moment. Or rather, moments. Though generally chronological, the film slips back and forth through the timeline of the 500 days of their relationship, from their first to their final meeting, and the shuffling is a nice way to explore the confusion of feelings throughout.

Joseph Gordon-Levitt is Tom, the hopeless romantic who falls for a girl (Zooey Deschanel) named Summer who warms the day with her smile but doesn’t believe in true love. It leaves the boy in states of heartbreak or anxiety for about half of those 500 days.

Sweet, cute, amiable, and stylish, this delightful spin on the romantic comedy is hardly a paradigm of realism. It’s incredibly self-aware, with a musical number and fantasy sequences where he imagines his life as a European art movie, among other flights of fancy. But it does a nice job of charting the rise and fall of a relationship with heart, soul and a recognition that it is better to have loved and lost than to have never loved at all. The bouncy pop soundtrack is fun too.

It won the Film Independent Spirit Award for best screenplay.

Features commentary by director Marc Webb, writers Michael Weber and Scott Neustadter and actor Joseph Gordon-Levitt and nine deleted/extended scenes (with optional commentary by the same crew, who have a lot of fun reliving the moments).