A Boy and His Dog (1976), the directorial debut of longtime character actor and Sam Peckinpah regular L.Q. Jones, is not the first post-apocalyptic vision of America but it does offer a different approach to the empty streets and ghostly cities that previously stood in for life after the end. Jones, adapting the novella by Harlan Ellison, offers a savage world where the past is rubble, nature has been blasted to a desolate desert, and the survivors are mercenary gangs and parasites picking through the pockets of ruins and preying upon the weak.

Jones establishes the post-apocalyptic setting and the sheer barbarity of the marauder culture of scavengers on the windblown desert of dead Earth quickly and efficiently (George Miller surely took a cue from Jones for The Road Warrior). There’s no future in sight, merely survival, and Vic (Don Johnson), a dim, feral kid running on attitude and impulse, survives because he’s teamed up with Blood, an erudite and insightful telepathic dog (the voice of Tim McIntire out of a mutt that looks like Benji on the skids) bred for war.

If the surface is a savage arena, the so-called civilization underneath is a tyrannical dictatorship under the front of a malignant fantasy. The underground recreation of “the good old days” is an impotent culture frozen in false values and enforced with blithe finality by soft-speaking despots (led by Jason Robards), and Vic is lured down to help replenish their ranks with a classic honeytrap. Susanne Benton is Quilla June, the would-be farm girl who plays into Vic’s fantasy of the unprotected innocent turned compliant sexual partner. Nothing in his survivalist handbook has prepared him for this.

A Boy and His Dog is the most faithful screen adaptation of any of Ellison’s stories. It’s expanded and a few details are changed for more effective visual storytelling, but it creatively preserves the tone and attitude of the original, which is all the more remarkable in that Ellison did not script the film. Gripped in a stasis of writer’s block and creative exhaustion, Ellison bowed out and Jones penned the screen adaptation himself.

As in the best low budget efforts, less is more in the visualization of a war-decimated world populated by wandering scavengers. Jones is better with the world above ground than the cartoonish satire below, though some of that is surely budgetary constraints. But he makes it work and even tops Ellison as he reimagines the reseeding of the population as a sham marriage and an antiseptic medical procedure. The barbarian seed may be necessary, but that doesn’t mean they will let their flowers of womanhood get trampled by their donors.

Vic is no hero but he’s far less predatory than these evil clowns in their artificial world, which puts us on his side. Which is pure Ellison, as is the relationship between man and canine at the heart of the film. Jones makes the final scene sad, horrific, unsettling, and touching, all with an understatement that lets the audience slowly come to terms with an uncompromising act of love and devotion.

It is also a respected film in the science fiction community. It won the Hugo Award for best dramatic presentation and the screenplay was nominated for a Nebula Award.

Add to Amazon Prime watchlist or add to My List on Criterion Channel. You can also watch it Shout! Factory TV

, iTunes, GooglePlay and/or other services. Availability may vary by service.
A Boy and His Dog [DVD]

A Boy and His Dog [Blu-ray]

The Blu-ray+DVD Combo from Shout! Factory features a restored high-definition transfer and a new video conversation with director L.Q. Jones and author Harlan Ellison, a fascinating meeting of creators who bounce between respectful admiration and competitive challenge, with Ellison keeping it firmly R-rated with comments laced with liberal (and often creative) swearing. It is clear they like and respect one another as they showboat through the conversation as tag-team raconteurs, with Ellison taking top honors with entertaining exaggeration (and bonus points for quoting Galaxy Quest).

Also includes the commentary by director L.Q. Jones with cinematographer John Morrill and film critic Charles Champlain, recorded decades ago for its initial laserdisc release. It is a thoroughly frank and eye-opening discussion of filmmaking on a budget, the evolution of a novella to a film, and an actor’s insight to casting and direction actors. 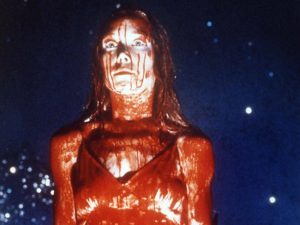