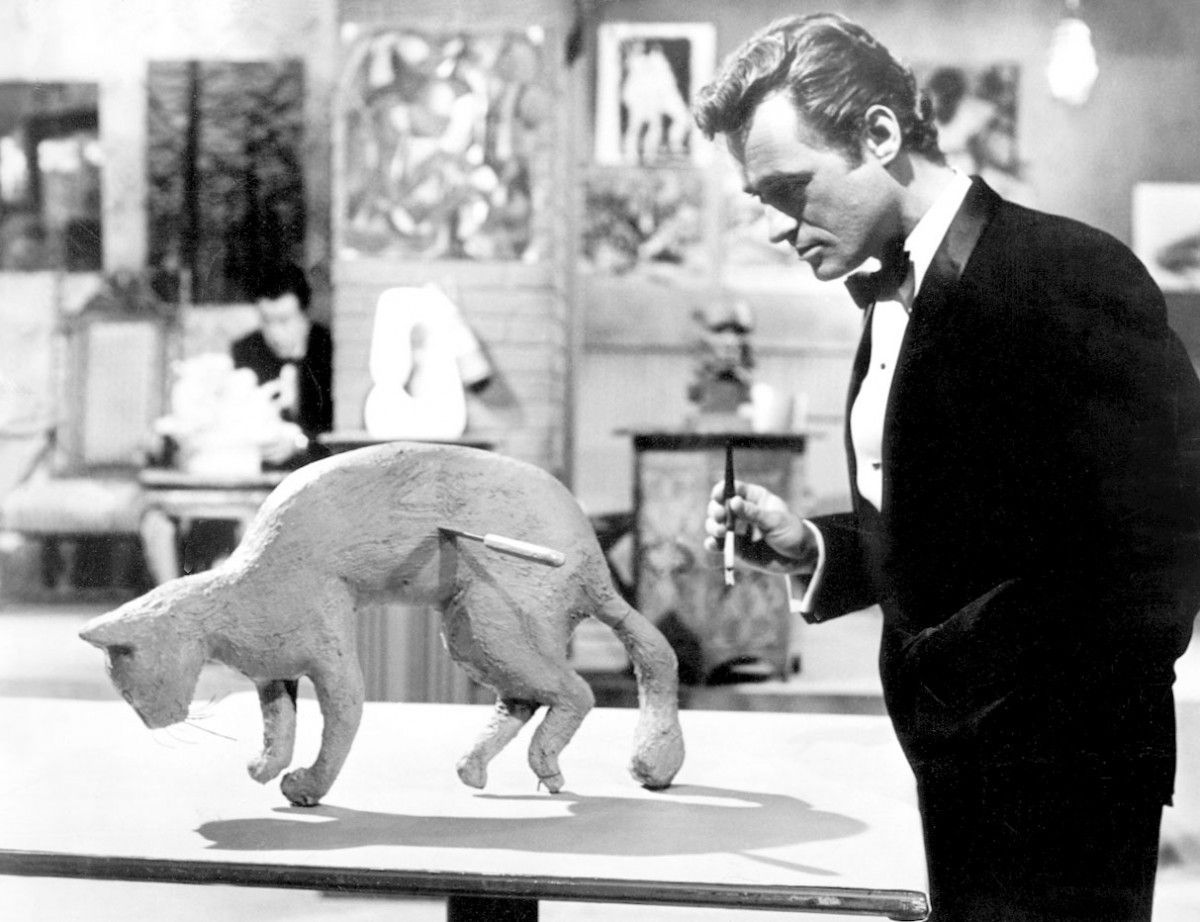 Roger Corman was legendary for his “one-week wonders,” films shot on the smallest of budgets at a rapid clip, because so many of them were actually clever and fun. A Bucket of Blood (1959), a black comedy set in the beatnik coffeehouse culture, is one of the best of those B-movies.

Reliable Corman regular and future Jonathan Demme good luck charm Dick Miller takes his first and only lead as Walter Paisely, a schlemiel busboy with dreams of artistic greatness. He’s all thumbs until he accidentally kills his landlady’s cat and covers it in clay: a grotesque study in death that becomes the talk of the community. Unfortunately, he has to keep topping himself, which includes turning a model into his newest masterpiece. There’s also an undercover narc (future game show host Bert Convy) sniffing around for the drug dealing pipeline centered on this hip hangout.

The sets are thrown-together and the film limited to just a couple of locations, but Corman’s madhouse of beatnik poseurs, drug dealing lowlifes, and poetry spewing beards has become a cult movie thanks to the gallows humor and crazy daddy-o dialogue, and it is the only film where cult actor Dick Miller got to play the leading role.

A Bucket of Blood is high on the list of B-movie mondo greatness and makes a great companion with Corman’s original Little Shop of Horrors (1960), which was tossed together on the sets leftover from this shoot with an even smaller budget and shorter shooting schedule.

Add to My Watchlist on Amazon Prime or to My List on Paramount+, or watch free on Kanopy or on Hoopla, which are available through most public and college library systems.

Also on Blu-ray and DVD and on SVOD through Amazon Video, iTunes, GooglePlay, Vudu and/or other services. Availability may vary by service.
A Bucket of Blood (Olive Signature) [Blu-ray]
A Bucket of Blood [DVD]

There have been many poor releases of A Bucket of Blood. I’ve included the best DVD and Blu-ray editions of the film that I know of.