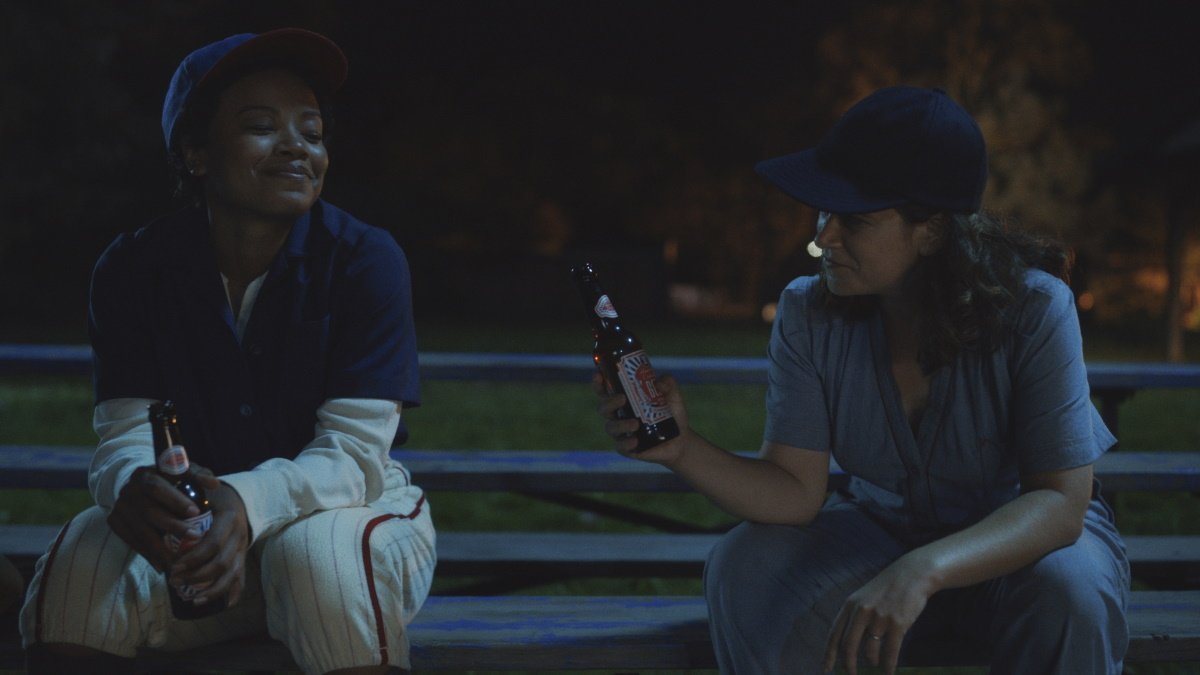 “A League of Their Own: Season 1” (TV- MA) expands on the story of the real-life All-American Girls Professional Baseball League, which was founded during World War II, featured in the 1992 sports comedy of the same name. Abbi Jacobson co-creates the series and stars as Carson, a talented but anxious catcher who becomes the reluctant team leader, but the show embraces multiple stories and experiences. Chanté Adams plays a Black star who tries out for the team at time when Major League baseball was still segregated, D’Arcy Carden and Roberta Colindrez costar as members of the squad, Nick Offerman is the coach, and Rosie O’Donnell makes an appearance as the proprietor of a gay bar. (Prime Video)

Vera Farmiga stars in the limited series “Five Days at Memorial” (TV-MA), based on the true story of a New Orleans hospital struggling to save patients in the chaotic aftermath of Hurricane Katrina, and making sacrifices in the process. John Ridley and Carlton Cuse adapt the nonfiction book by Pulitzer Prize-winning journalist Sheri Fink and Robert Pine, Cherry Jones, and Julie Ann Emery costar. Three episodes available, new episodes on Fridays. (Apple TV+)

In “13: The Musical” (2022, PG), an adolescent boy (Eli Golden) who moves from New York to a small Indiana town plans to throw the ultimate bar mitzvah to win over his new schoolmates. Tamra Davis directs the screen adaptation of the Broadway musical and Gabriella Uhl, Debra Messing, and Rhea Perlman costar. (Netflix)

A schoolkid (Walker Scobell) discovers that the “Secret Headquarters” (2022, PG) of the world’s most powerful superhero is hidden beneath his family home in the family superhero comedy from filmmakers Henry Joost and Ariel Schulman. Owen Wilson plays the estranged father who may have a secret life. (Paramount+)

The animated “Belle” (Japan, 2021, PG, English and Japanese soundtracks with subtitles) reimagines the “Beauty and the Beast” fairy tale as a high school romantic drama that plays out in a cyberspace hangout where teens can play out a fantasy life with a virtual persona.  Directed by Mamoru Hosoda. (HBO Max)

Jessie Buckley stars in the allegorical horror film “Men” (2022, R) from filmmaker Alex Garland and Winona Ryder headlines the thriller “Gone in the Night” (2022, not rated) costarring John Gallagher Jr. Both on DVD and at Redbox.

True stories: “Fanny: The Right to Rock” (2022, not rated) looks back at the legendary seventies all-women rock group (also on DVD) and “He Dreams of Giants” (2022, TV-MA) follows filmmaker Terry Gilliam as he finally completes his decades-in-the-making “The Man Who Killed Don Quixote.”

The third and final season of the young adult supernatural horror series “Locke & Key” (TV-14), based on the graphic novel written by Joe Hill, wraps up the odyssey of the Locke family and the magical keys they possess.

Ryan Gosling and Russell Crowe are “The Nice Guys“ (2016, R) in the private detective buddy film with a twist of comedy from filmmaker Shane Black.

True stories: the three-part “I Just Killed My Dad“ (TV-MA) delves into the story of the 17-year-old Anthony Templet, who shot his father and called 911 to confess. Also new:

Streaming TV: “Never Have I Ever: Season 3“ (TV-14) marks the return of Mindy Kaling’s coming-of-age high school comedy and “Riverdale: Season 6“ (TV-14) is the weirdest season yet of the dark twist on the classic comic book.

International passport: in the political thriller “Code Name: Emperor“ (Spain, 2022, TV-MA, with subtitles), an intelligence agent (Luis Tosar) struggles with his conscience when he’s ordered to frame an innocent politician.

“This Fool: Season 1“ (TV-MA) is a half-hour comedy co-created by and starring stand-up comedian Chris Estrada, who plays a counselor at a non-profit that helps reformed gang members and ex-cons in South Central Los Angeles.

Kid stuff: “TrollsTopia: Season 7“ (TV-Y7) brings the animated series to an end on both Hulu and Peacock.

Sandra Bullock and Channing Tatum star in “The Lost City“ (2022, PG-13), a mix of romantic comedy and exotic adventure, and hyperactive video game mascot is back in “Sonic the Hedgehog 2“ (2022, PG), an action comedy sequel with Jim Carrey, James Marsden, and the voice of Ben Schwartz. Both also stream on Paramount+ and EPIX.

Jennifer Hudson is Aretha Franklin in “Respect“ (2021, PG-13), a drama about the early years of the Queen of Soul costarring Forest Whitaker and Marlon Wayans. Also newly arrived:

The four-episode documentary “Reel Britannia“ (TV-14) looks at the transformation of British cinema from the 1960s to the 2000s.

“Viagra: The Little Blue Pill That Changed the World“ (2022, not rated) looks at the development and marketing of the medication that transformed the sex lives of millions.

“Fractures: Season 1“ (Iceland, TV-14, with subtitles) is a medical drama centered on three generations of women and set against the starkly beautiful landscape of a small Icelandic village. Three episodes available, new episodes on Tuesdays.

The 25-film series “Hollywood Chinese” looks at portrayal of Chinese and Chinese-American lives in American movies from the earliest silent shorts through the end of the 20th Century. The films encompass the early years, with Caucasian actors played Chinese leads in D. W. Griffith’s “Broken Blossoms“ (1919, silent with score) and the Oscar-winning “The Good Earth“ (1937) with Paul Muni and Luise Rainer, to more complex explorations of Chinese culture and identity in David Cronenberg’s “M. Butterfly“ (1993, R) and Ang Lee’s “The Wedding Banquet“ (1993, R). Also featured in the series is the searing Broadway noir “Sweet Smell of Success“ (1957) starring Burt Lancaster and Tony Curtis and featuring the brilliant cinematography of James Wong Howe. It is presented with bonus documentaries, commentary, and interviews from the Criterion Collection special edition disc.

Not part of the series but thematically related are the American indie drama “Better Luck Tomorrow“ (2002, R), the feature debut of future “Fast and Furious” filmmaker Justin Lin, and “Three Starring Anna May Wong” including the silent British classic “Piccadilly“ (1929, silent with score) with Charles Laughton.

“The Swinging Soundtracks of Henry Mancini” gathers thirteen film from the composer’s prime, from Orson Welles’s “Touch of Evil“ (1958) featuring his first great original score through “Victor/Victoria“ (1982), one of many collaborations with director Blake Edwards. Also new:

A juvenile criminal escapes detention and becomes a minister in a grieving small town in the Oscar-nominated drama “Corpus Christi“ (Poland, 2019, with subtitles).