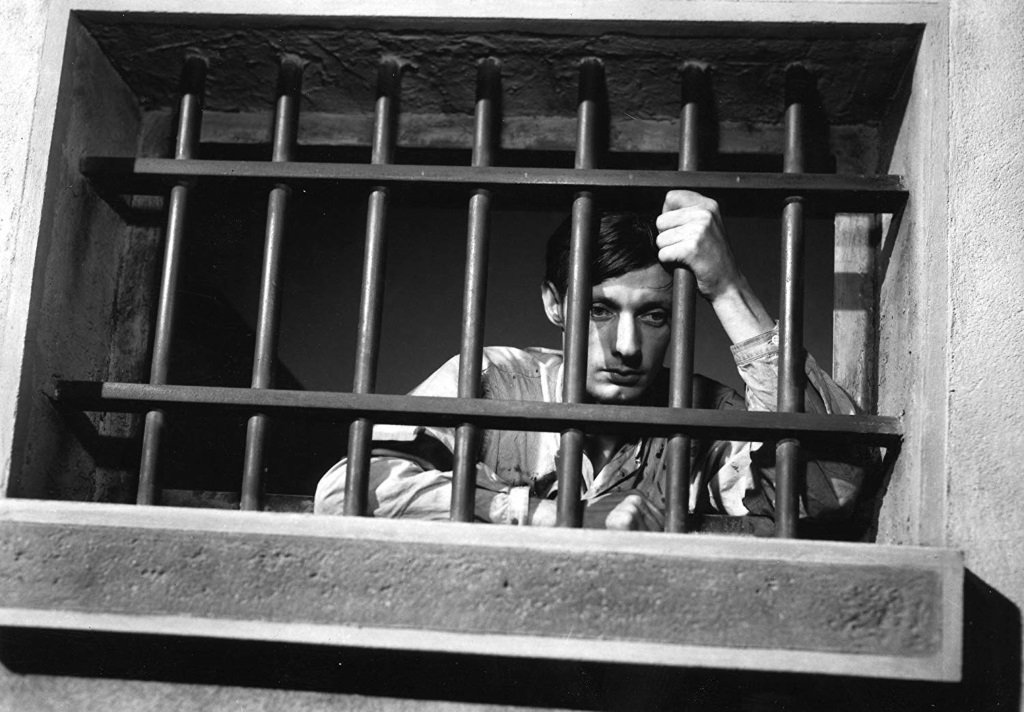 “This story is true. I give it as it is, without embellishment.”

That’s an understatement of an opening remark. A Man Escaped (France, 1956) is a mesmerizing meeting of opposites: a prison escape thriller directed by the austere, introspective Robert Bresson. Based on the memoir by Andre Devigny, a member of the French Resistance imprisoned and sentenced to death by the Gestapo during the German occupation, Bresson (who was himself a German POW) transforms Devigny’s daring escape into an ascetic film of documentary detail. Kept in a tiny stone cell with a high window and a thick wooden door, the prisoner (renamed Fontaine in the film and played by François Leterrier) makes himself intimate with his world—every surface of his room, every sound reverberating through the hall, and every detail of the prison’s layout that he can absorb in brief sojourns from his cell.

Bresson defies expectations of action cinema by focusing on the patience and perseverance of the planning and every minute detail of the preparation. He magnifies every detail with insistent close-ups and detailed examinations of every step, from constructing and hiding ropes and hooks to painstakingly carving out an exit in the heavy cell door, and a pair of fellow prisoners become a sort of Greek chorus discussing his chances and progress. Shot on location at the actual prison in Lyon, Bresson painstakingly recreates every detail of his ordeal while denying us all outside of his perspective and elements extraneous to his purpose. It’s beautiful, almost meditative, and strangely rousing, a drama where the slightest gesture carries the weight of a confession. In such austerity the tiniest of details take on a monumental significance.

B&W, in French with English subtitles

, iTunes, GooglePlay and/or other services. Availability may vary by service.
A Man Escaped (Criterion Collection) [Blu-ray]

The Criterion Blu-ray and DVD editions are mastered from the original 35mm negative and feature a new visual essay, written by David Bordwell and Kristin Thompson, on Bresson’s use of sound and three archival documentaries on Bresson’s art and career. “Bresson: Without a Trace” was produced in 1965 for the French TV program Cinéastes de notre temps and features the first on-camera interview given by Bresson. “The Road to Bresson” is a 1984 appreciation featuring interviews with filmmakers Louis Malle, Paul Schrader, and Andrei Tarkovsky, and The Essence of Forms is a 45-minute documentary from 2010 that includes an interview with A Man Escaped star François Leterrier and Bresson cinematographers Pierre Lhomme and Emmanuel Machuel.