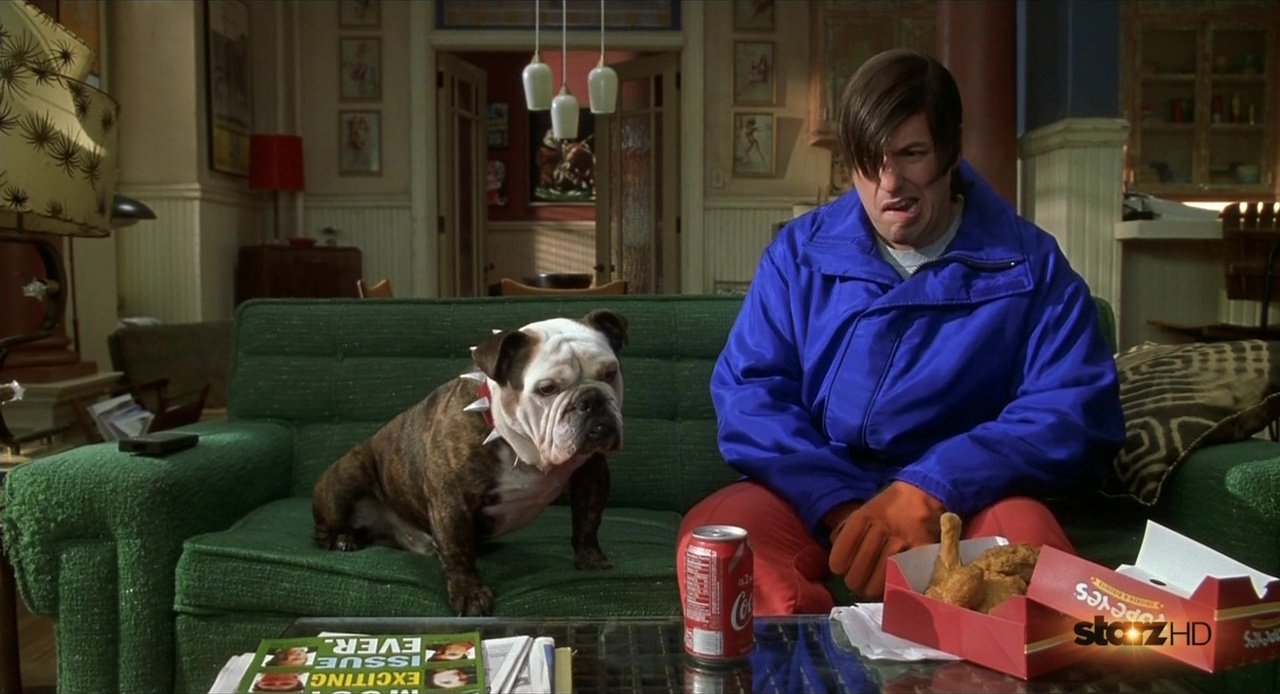 The Adam Sandler formula hasn’t changed much in thirty years. It’s basically a few variations on the arrested adolescent turned underdog hero: the self-made jerk (Happy Gilmore), the underachiever and proud of it (Big Daddy), the sheltered local yokel unprepared for the social world (The Waterboy).

Little Nicky (2000) falls in the latter category, and speaking as one who isn’t charmed by his comedies in general, it’s one of the few I actually enjoy. Sandler plays the guileless innocent sprung on a cruel world, persevering by sheer doggedness, dumb luck, and childlike faith. That he’s literally a Hell spawn, the devoted doofus son of Satan (Harvey Keitel, who plays the Prince of Darkness as more amiable trickster than evil incarnate), is almost beside the point.

When Nicky’s conniving older brothers (Rhys Ifans and former pro wrestler Tiny Lister) stage an underworld coup by turning New York City into their own demonic domain, Nicky has to leave the nest to save his Dad. Fumbling through a formidable human world with a mumbling speech impediment, a nerdy haircut, and the social skills of a two year old, he learns the basics of mortal survival (eat, sleep, shelter) from a randy talking bulldog (voiced by Robert Smigel), puppy love from a sweetly dowdy art student (Patricia Arquette), and the secret of his birthright from a giggly, girlish Angel (Reese Witherspoon).

For all the high concept gags and elaborate digital magic there are no fall down funny laughs, but there’s a steady stream of amusing asides, nutty gags, crude humor, and lewd references, all tempered by his gawky goofball innocence. It’s also full of fun character bits and goofy guest spots (everyone from SNL pals Kevin Nealon, Jon Lovitz, and Dana Carvey to Ozzy Osbourne, Regis Philbin, and a hilarious Henry Winkler) and Harvey Keitel gives both a noblesse oblige and a sly sense of humor to the Prince of Darkness.

Stupid? Well, yeah. Clumsy? Director Steve Brill is no Scorsese. Funny? Sure. No one does doofus humor like Sandler.

The Adam Sandler commentary track, with buddies Steven Brill and Tim Herlihy, is oddly like a trio of frat boys pointing out friends in the film and flicking shit at each other, while the Michael McKean hosted track of actors is really a series of interviews edited together with an engaging sense of joshing but little real insight but for three universally agreed upon truths: Sandler is a good guy, he creates a family atmosphere, and the catering on his films is always good. Oddly enough, everyone is far more articulate in the “Adam Sandler Goes to Hell” documentary featurette, which also features some choice outtakes. The Heavy Metal documentary “Satan’s Top 40” is less about the music than the culture, the fans, the image, and the media response, but it too is fairly interesting. There are also almost 20 deleted/extended scenes, some of them terrific, but most of them understandably cut.