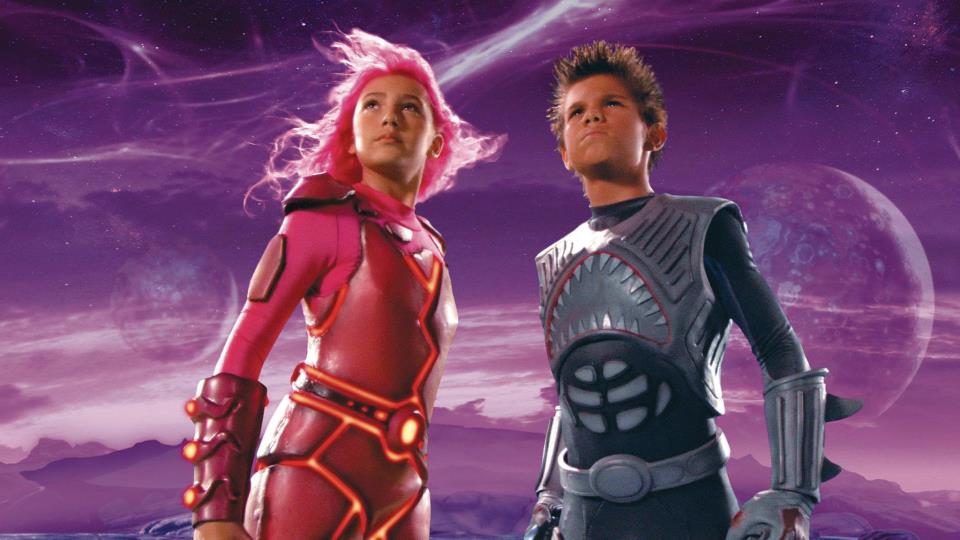 When Robert Rodriguez decided to make movies for kids, he let his inner child out with the juvenile blast of the Spy Kids movies.

He went even younger with The Adventures of Sharkboy and Lavagirl (2005), which celebrates and encourages the fantasy lives of kids with a whimsical adventure of a fourth grade dreamer (Cayden Boyd) and his imaginary superhero buddies. His fantasy world is like a superhero and video game-wired Wizard of Oz, a candy-colored dreamland called Planet Drool protected by scrappy, aggressive Sharkboy (a very young Taylor Lautner) and good-hearted but frustrated Lavagirl (Taylor Dooley).

The film is billed as “A Rodriguez Family Movie,” with a screenplay based on the childhood stories of Robert Rodriguez’s son Rocket Max and written in collaboration with his brother, Marcel. The film is full of adolescent creativity—from a whimsical dream land of milk and cookies to the a living electric villain (George Lopez) with a menagerie of extension cord snakes and plug-hound creatures to visual puns made literal—inspired by designs he collaborated on with his kids.

There is such a joy of play in the film that it’s easy to overlook the overdone performances and the lazy script shortcuts. The film’s naïve charm, filtered through Rodriguez’s big kid-in-a-candy-store filmmaking sensibility, engages on the level of childlike—and at times defiantly, delightfully childish—imagination.

For the record, the film is rated PG for mild action and some childishly rude humor.