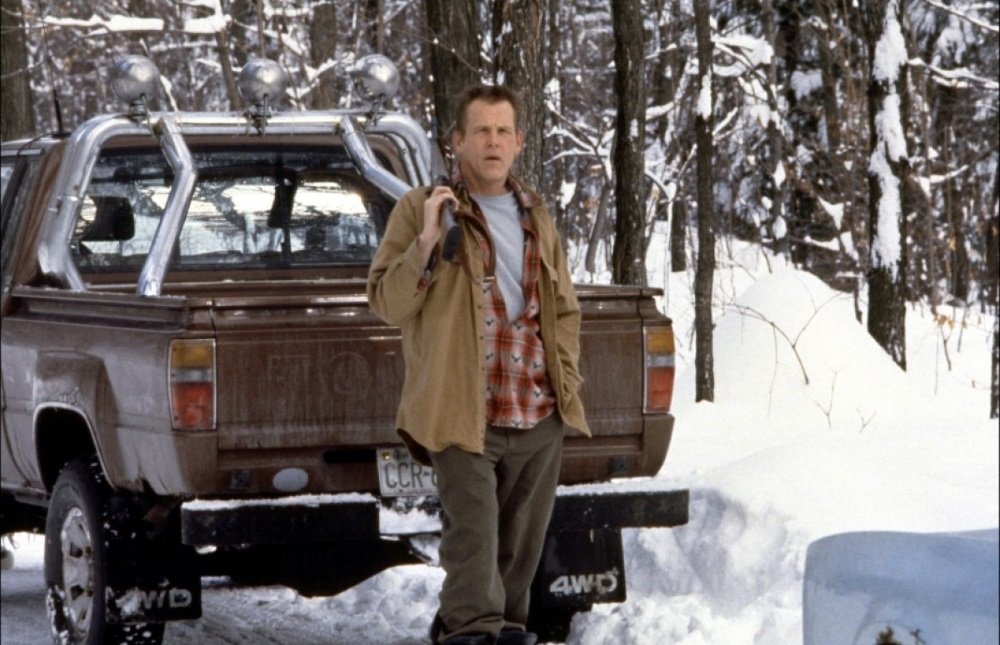 Paul Schrader spent decades of exploring the scarred psyches of American men who succumb to violence when pain overcomes reason, but nowhere as poignantly and powerfully as in Affliction (1997), his adaptation of Russell Banks’ novel.

Affliction stars Nick Nolte as Wade Whitehouse, an unambitious, jocular small town sheriff and odd job man to a small time entrepreneur, and the survivor of a bitter alcoholic father (James Coburn) who tormented him and his brother Rolfe (Willem Dafoe) with a constant barrage of insults, taunts, and outbursts of violence. It ostensibly revolves around Wade’s obsessive investigation of a hunting accident that took the life of a wealthy union organizer, a pursuit that soon overtakes everything, but the real drama is within the family. When Wade’s mother dies and his father moves in with him, the familiar patterns and the cycle of vicious taunts and emotional humiliation of the past are reignited. Coburn delivers one of the greatest performances of his career as the spiteful old man who, after a brief period of mourning, rises back to abusive life with a grin hardened to a mocking, venomous sneer. He won an Academy Award for that performance, the first and only Oscar of his career.

Nolte uses his stocky physicality, raspy voice and rough masculinity to explore the tensions of Wade. He peels back the facade of swagger and gruffness to reveal the internalized demons he’s bottled up for years in privileged moments of intimacy: the pain behind the smile, the hardened, faraway looks he quickly covers over with a joke and a laugh. When he looks in the mirror, his face almost recoils in recognition; the legacy of his father is working its way out and it terrifies him.

Set against the chilly, snow covered hills of rural Maine and the chillier distance of Dafoe’s careful narration, this is Schrader’s most restrained, most evocative, most harrowing cinematic vision, a film that brings European art cinema and the American experience together to explore the real toll of violence on both brothers.