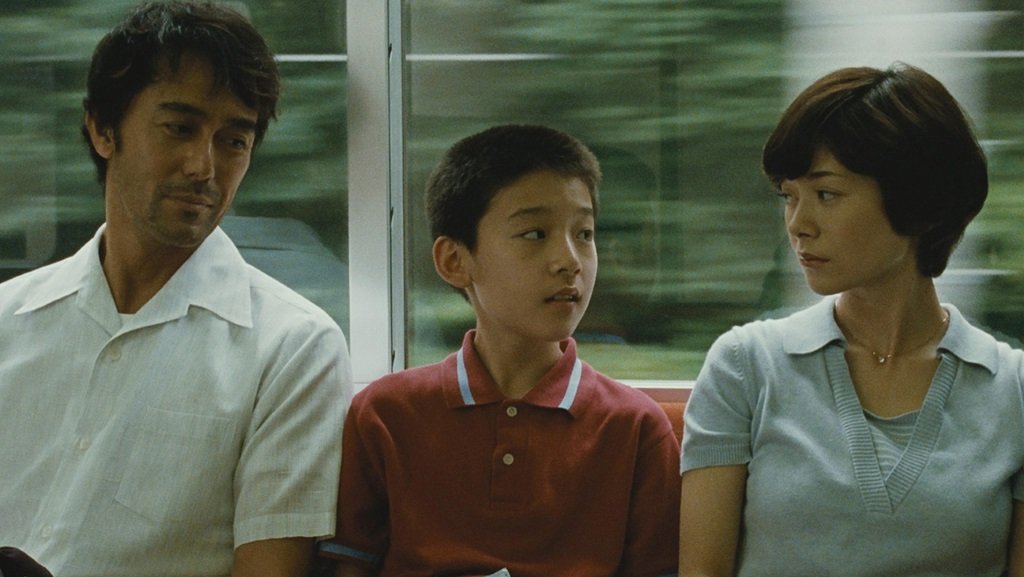 Japanese filmmaker Hirokazu Kore-Eda directs the most perceptive and compassionate films about the difficult relations that put strains on families and the generosity and understanding that helps overcome those difficulties. After the Storm (Japan, 2017) is one of his most understated family dramas, a lovely, low-key film about divorce and disappointment that, like the title suggests, leans on the how we pick things up in the aftermath.

Dad (Hiroshi Abe) is an award-winning novelist who missed out on literary success and now works as a private eye who makes money on the side by extorting his victims and blows most of it gambling. A poor role model for his shy son and a lousy parent to boot, months behind in child support and reduced to a single day a month with his adoring son. His own failings are compounded by the fact that his ex-wife (Yôko Maki) is moving on with a successful professional, which makes him obsessively jealous. He apparently takes after his own father, who left stacks of lottery tickets and pawn tickets when he died, and his widowed mother (Kirin Kiki), who at first comes off as an eccentric but reveals a wisdom born of experience, isn’t losing herself in mourning.

All the issues come to a head when the fractured family is stuck waiting out a typhoon in mom’s apartment. This could be a dramatic device that externalizes the emotional tempest brewing inside while forcing the characters together to finally work things out, but it feels more organic than that. Rather than dramatic fireworks, there is a gentle coming to terms and even some self-realization that suggests a hope for better days. There’s plenty of witty humor running through the film’s portrait of troubled characters and frustrated dreams. Kore-Eda is a humanist whose innate compassion looks for the best even as he reveals the worst in his scheming divorcee dad, and perhaps you could call him a realist with a healthy optimism. As presented by Kore-Eda, it feels right and earned. He makes us optimists too.

Not rated, Japanese with subtitles

, iTunes, GooglePlay and/or other services. Availability may vary by service.
After the Storm [Blu-ray]

After the Storm [DVD]