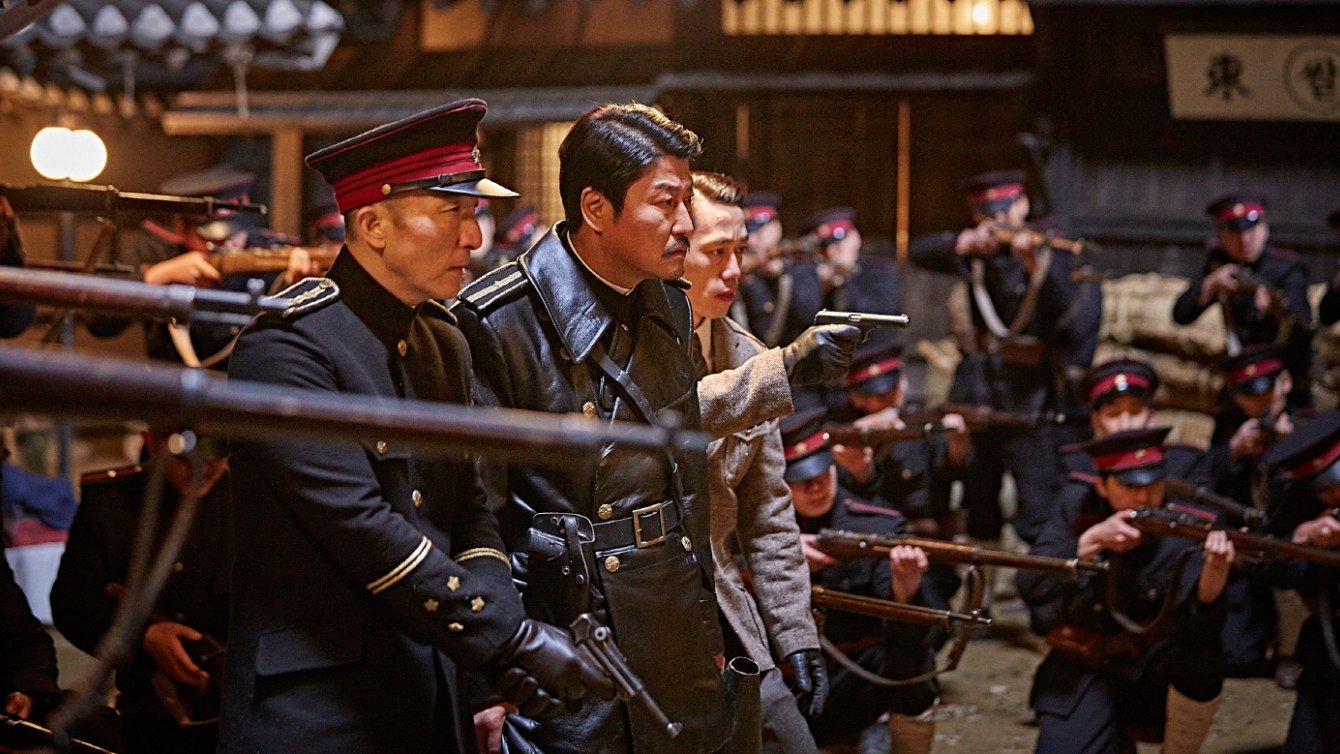 Kim Jee-woon, director of such hits as hits The Good the Bad the Weird and I Saw the Devil, announced his return to South Korea after his Hollywood tryout with The Age of Shadows (South Korea, 2016, not rated, with subtitles), a sprawling spy thriller set in the underground resistance to the Japanese occupation of Korea in the 1920s.

The story is inspired by the real-life bombing of the Japanese police headquarters in Seoul but the plot is complete fantasy, a double agent cloak-and-dagger thriller of loyalty, betrayal, shifting allegiances, feints, blackmail, and all sorts of unexpected twists. South Korean star Song Kang-ho (of The Host and Snowpiercer) is a Korean-born police detective working for the occupying Japanese police to root out the Resistance and he engages in a cat-and-mouse game with a cagey agent (Yoo Gong) on a mission to bomb a major Japanese stronghold. The story travels from Seoul to Shanghai and back, with a superbly directed sequence on a train as the Japanese police search for the Korean Resistance agents and the Korean cop finds his loyalties shifting.

Song’s conflicted officer is the most interesting character in a cast of devoted Koreans fighting for liberation and sadistic Japanese police and soldiers who torture and kill Korean suspects and his performance keeps audiences guessing where his allegiances ultimately lay right up to the satisfying climax. The action is visceral and sleek and the complicated choreography of the vast cast keeps the tension ratcheted up. It was South Korea’s submission to the Academy Awards.

Not rated, in Korean and Japanese with English subtitles

, iTunes, GooglePlay and/or other services. Availability may vary by service.
The Age of Shadows [Blu-ray]

The Age of Shadows [DVD]

The Blu-ray and DVD editions from Sony Pictures Home Entertainment present the film with both the original soundtrack and English subtitles and an alternate English dub track, and include bonus video interviews with the cast and filmmaker (both subtitled).