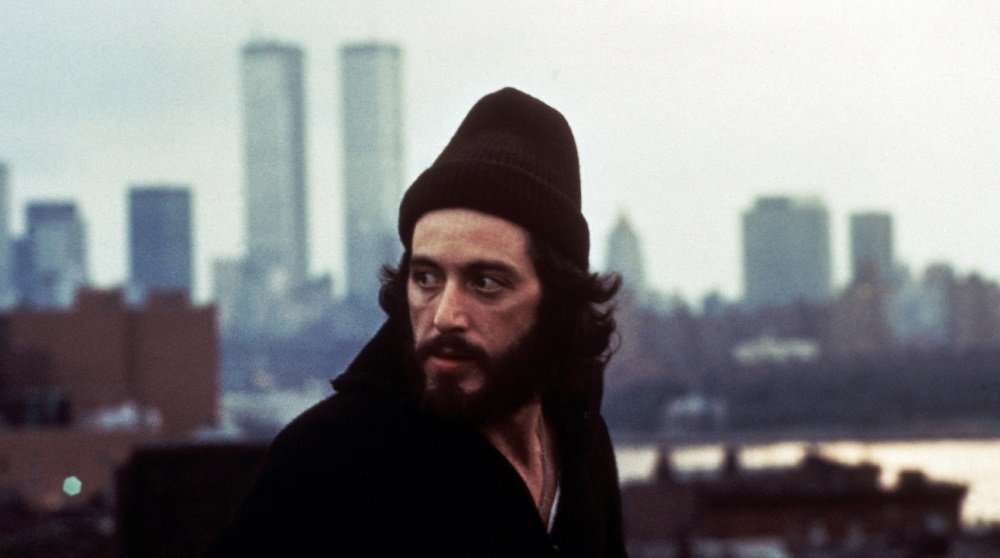 “It’s incredible but I feel like a criminal because I don’t take money.” So says Al Pacino in Serpico (1973), Sidney Lumet’s take on the true story of frustrated New York policeman Frank Serpico.

As portrayed by Al Pacino, Serpico is the resident nonconformist in the working class New York Police Department, a college-educated street cop with counter-culture tendencies, an increasingly shaggy appearance (the clean-shaven rookie grows out his hair and his beard as the film progresses), and a penchant for jokes that his blue collar colleagues never get. Pacino is loose and eccentric as the idealist in blue who becomes a pariah on the force when he refuses to take the bribes that other cops accept as part of the job. Even the Internal Affairs division treats him as trouble, but he’s more reluctant whistleblower than shining knight in blue. It’s not moral superiority that drives him to break the “blue wall,” simply his disgust with the culture of corruption in a job that he still believes in, and it paints a target on his back.

Sidney Lumet’s feel for New York comes through every scene. The New York-born director shot most of the film on the streets and he brought a distinctive sense of place with his choice of locations and his documentary-style approach to shooting. And the time was perfect: the Watergate scandal when breaking as the film was released at the end of 1973 and the story of systemic corruption and cover-ups and Pacino’s loose, energized performance as an idealistic policeman who essentially sacrifices his career and his girlfriend and almost loses his life to do the right thing struck a chord with audiences.

It helped set the style of American crime dramas in the seventies with his gritty look at street-level law enforcement and realistic portrait of procedure and systemic failure and it established Lumet as a director of intelligent, gritty, modern crime dramas. Pacino earned his second Academy Award nomination for Best Actor (and he won the Golden Globe) and Lumet was nominated for Best Director by the Director’s Guild of America. The two reunited for two years later for Dog Day Afternoon (1975), which continued to build on the dynamic sense of character and location and moral confusion first explored in Serpico.

, iTunes, Vudu, GooglePlay and other services. Availability may vary by service.
Serpico [DVD]