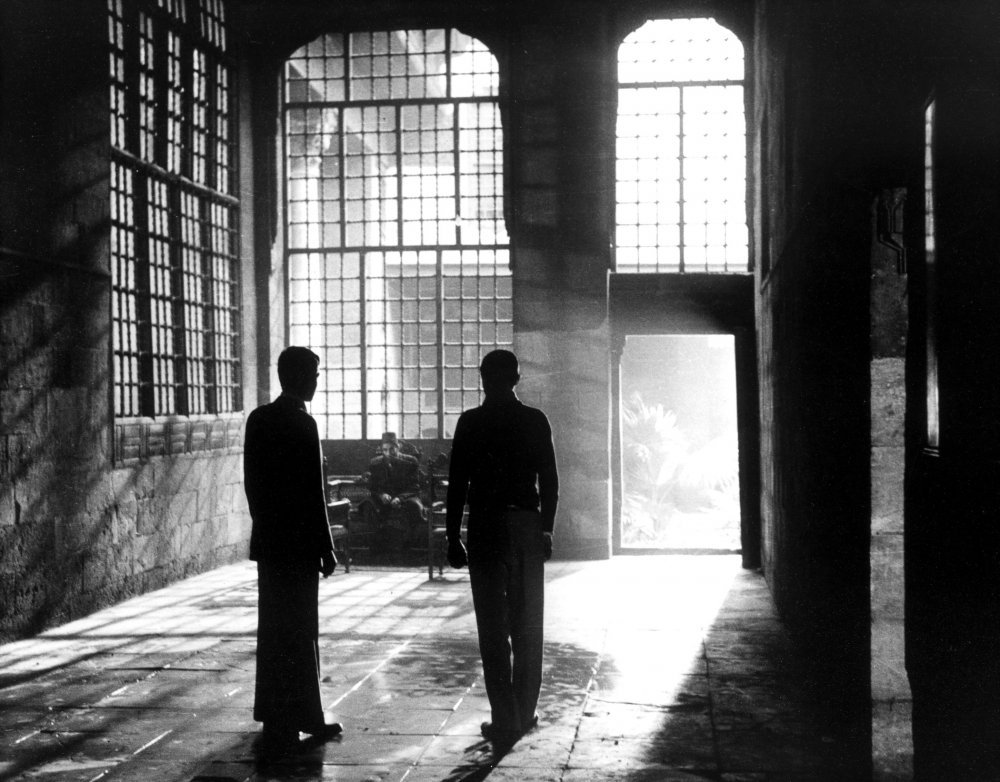 Youseff Chahine, the Egyptian director who first drew international attention to his country’s cinema and earned a lifetime achievement award at Cannes 1997, was always a groundbreaker in his domestic cinema. Whether or not his autobiographical Alexandria trilogy are the greatest films of his career, they are in many ways his crowning achievement: his love letter to the cinema he loved so much.

Set in Cairo during and after World War II, Alexandria… Why? (Egypt, 1978) is a bright, bustling mosaic of a country embroiled in conflict and struggling with its identity. Centered on the story of high school student Yehia Mourad (Mohsen Mohiedine), Chahine’s cinematic alter-ego, it is national history through a personal perspective and the first film autobiography ever in Egyptian cinema. As the strains of nationalism set Arabs against British soldiers, political factions against one another, and races and cultures at odds, Yehia escapes through theater and the movies, dreaming of Hollywood as he stages his own plays and theatrical revues until he’s swept up in student activism.

No stranger to challenging conventions and taboos, Chahine features an interracial romance between a Jewish woman and a Muslim activist and a homosexual relationship between Yehia’s wealthy uncle and a young British soldier among his many stories. In fact he packs the film so full that the colors threaten to bleed together, but Chahine masterfully keeps the film coherent and clear while driving it forward at a racing pace. The film at times abruptly jumps from one thread to another, as if matching Yehia’s torn loyalties between art and political action, but the tonal shifts only add another layer of richness to the passion Chahine has lavished on this film. It won the Special Jury Prize at Berlin in 1979, Chahine’s first major festival prize.

If this is Chaine’s more upbeat 400 Blows, complete with a movie mad cinematic alter ego, then Alexandria, An Egyptian Story (Egypt, 1982) is his All That Jazz, ruminations on his life in a fantasy mock trial while under the knife during open heart surgery. Rushed into emergency open heart surgery after an on-set heart attack, Yehia is put through a fantasy trial in a courtroom situated in his rib cage (a rather theatrical looking contraption of white sheets draped over wooden ribs) as he flashes back on his life. Chahine embraces the absurdity of the silly device with fanciful fun (his inner child rebels against the stodgy grown-up by crawling through his veins and undoing the surgery) but it’s the flashbacks that carry the film’s power.

The young director struggles within the industry, sacrificing his vision and his politics in commercial compromises, sacrificing his family for his art, still dreaming of Hollywood while toiling in the low budget environs of Egypt. Fans of Chahine will recognize startling recreations of two of his most famous films, Cairo Station and The Sparrow, but you don’t need to know his work to feel the strain of his conflicts. Inspired by his real life by-pass surgery and the self-reassessment it triggered, Chahine is more critical than you might expect; he forgives himself his sins, naturally, but never quite lets himself off the hook.

The final and most elliptical film in the trilogy, Alexandria Again and Forever (Egypt, 1989) stars Chahine himself as his cinematic alter ego Yehia Mourad, completing his merge of fiction with real life and drama with psychodrama. Opening on Chahine’s triumph at the Berlin Film Festival, where he took home the Silver Bear for Alexandria… Why? (the first film in the trilogy; this is layered stuff), the film explores Yehia’s obsession with his young star, Amir, while participating in the general strike of 1987. As Yehia fantasizes about the films they would make together (one of them looks like a loony take on Jesus Christ Superstar), he elevates Amir from a kind of adopted son to cinematic messiah. But while caught up in the strike Yehia becomes enchanted by a former actress turned dedicated revolutionary, and he decides to cast her in his next feature.

While it’s a serious portrait of art, politics, and aesthetic inspiration, it’s also a deliriously playful film full of fantasies played out like Hollywood movies. One of the loveliest moments is an old fashioned song and dance, where the two men celebrate their Silver Bear in a snowy German street like a scene out Singin’ in the Rain, while his grand daydream of an ancient Egyptian historical epic takes an unexpected turn into Keystone Cop slapstick. The mix of whimsy and wizened reflection in infectious in Chahine’s exploration of the muses and visions that drive his art.

Taken together, the trilogy is rife with film history references, clips from his career, recreations of film productions, and fantasy sequences of imaginary pictures. They gush with passion and a love of cinema, but also seriously grapple with the compromises made in the name of creating art. If Chahine never comes up with an answer, he at least makes peace with the question.

All three films in Egyptian with English subtitles.

Also on DVD and on SVOD through Amazon Video, iTunes, GooglePlay, Fandango, Vudu and/or other services. Availability may vary by service.
Alexandria…Why? [DVD]