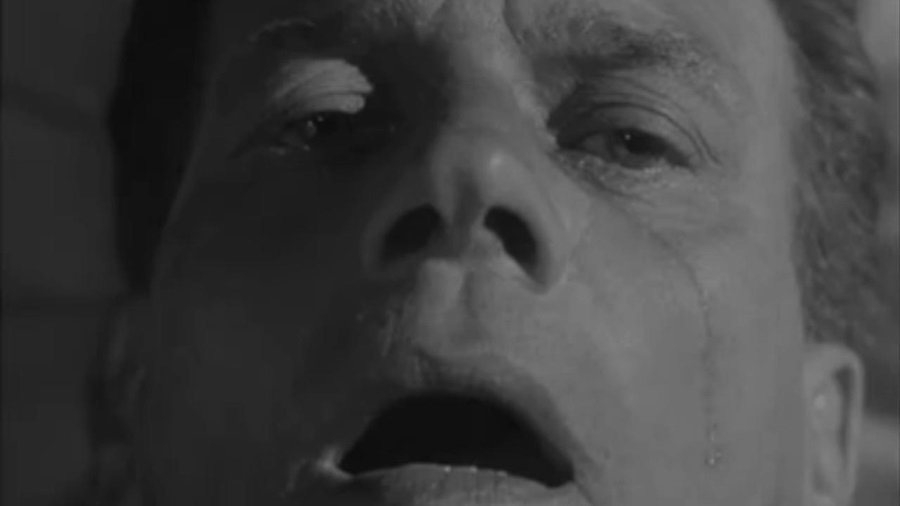 The master of suspense turned himself into an unlikely media icon when he spoofed his image to play host of Alfred Hitchcock Presents, an otherwise dark half-hour anthology series of mystery, suspense, and grim retribution with an often wicked streak. But more than just host, Hitchcock directed a number of episodes of the series himself.

Netflix only has the first season of the show (Hulu has most of the four seasons, but they are incomplete) and Hitch helms four episodes of that initial season, including two of the best the show ever made. The show debuted with Revenge, starring Ralph Meeker as the concerned husband of physically molested and psychologically shattered wife Vera Miles, who is so traumatized by the incident that she can’t describe her attacker to the police. Then she suddenly spots him on the street and her hysteria drives this ordinary man to extraordinary measures….

Even more impressive is the tour de force Breakdown, starring Joseph Cotten as workaholic executive who becomes so completely paralyzed in a car wreck that he’s presumed dead by all around him. Hitch loved challenge and this one is a doozy: create human drama from the ordeal of a man who is utterly frozen in place. It’s a brilliant twist on the one-man-show with a central performance carried in the internal monologue of the voice-over and expressive camera angles that create tension, panic, and dread.

Hitch also directs The Case of Mr. Pelham with Tom Ewell as a man convinced that a doppelganger is taking over his life (it earned the director an Emmy nomination, his first) and Back for Christmas with John Williams (memorable in Hitch’s features Dial M for Murder and To Catch a Thief) as a man whose perfect murder doesn’t take into account the little twists that this show specialized in.

The rest of the episodes this season (many of them directed by Robert Stevenson, not to be confused with the prolific Robert Stevens) are mordantly witty 26-minute tidbits set-off by the master’s own droll introductions. But these four miniatures are perfect companions to his film, less ambitious takes on similar themes, with the same sardonic humor and a few gut-dropping twist endings.

Queue ’em up on Netflix or watch them on Hulu (free with commercials): episodes 1 (Revenge), 7 (Breakdown, not on Hulu), 10 (The Case of Mr. Pelham), and 23 (Back for Christmas). Hulu has additional episodes directed by Hitchcock in season two through four, though their line-up is for some reason incomplete.