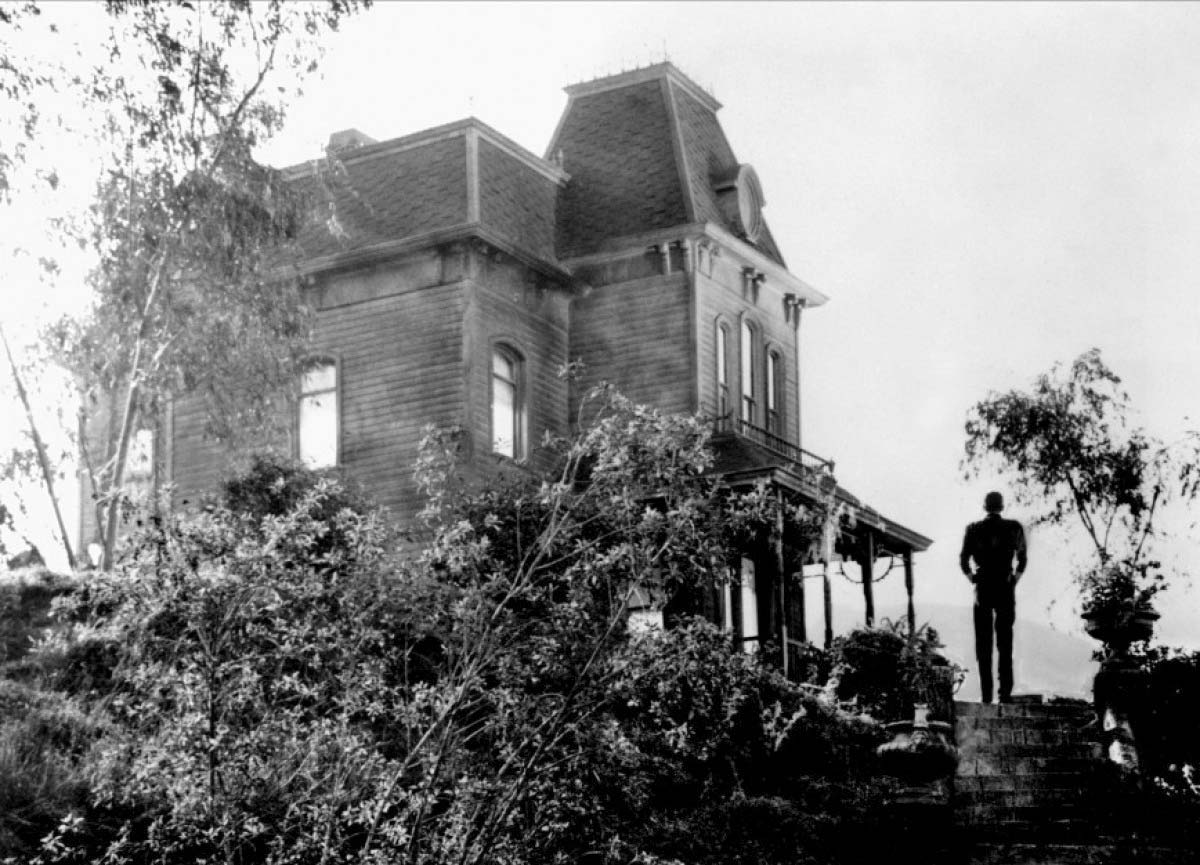 Psycho (1960) shocked America in 1960. Suburban theatergoers headed to the theaters to see the latest offering from the director of the glamorous and sexy Rear Window and the Technicolor confection North by Northwest. Who expected the droll host of TV’s showcase for suspense, Alfred Hitchcock Presents, to get so down and dirty and tawdry.

Janet Leigh stars as a secretary in an Arizona office who, after an afternoon hotel tryst with her lover, absconds with a small fortune and run off, finally taking a room in a ghost town of a hotel well off the main highway. Anthony Perkins is the fidgety manager who gives her room, serves her a late meal, and confesses his lonely life to her. And then things take a turn.

The granddaddy of all slasher films and psycho-thrillers will never have the same impact as it did on first release. The startling shower murder has been parodied too many time to carry the same shock value for new audiences. The suggestions of sex and nudity, daring for the time, are tame next to the exhibitionism of horror cinema since the seventies. The gruesome revelation of the mummified corpse (ingeniously intensified by a swinging light bulb sweeping shadows across the hollow sockets of the skull) reduced original audiences to shrieks. Today, such surprises are part and parcel of the horror genre.

But Hitchcock’s craft is breathtaking. The eerie atmosphere of Perkins’ sitting room, with stuffed and mounted birds of prey along the wall as if frozen in mid-attack, creates a tension that Hitch shatters with the brilliantly orchestrated scream of the shower murder. Shot and cut into shards like reflections in a shattered mirror, it’s a transgressive assault on the audience at its most vulnerable (in the bathroom, naked and exposed) and a masterpiece of editing (Hitch entrusted the planning and execution to Saul Bass, who also created the jagged opening credits). The screaming violins (a brilliant musical touch by composer Bernard Herrmann) still sends shivers down my spine whenever I hear them.

And then there is Anthony Perkins, Hollywood’s gentle boy next door, as the troubled Norman, a voyeur who peeps on Janet Leigh as she undresses and who squirms in the emotional iron grip of his mother, squeezing him from beyond the grave. His fidgety, increasingly disturbing performance became so identified with his image that it all but destroyed his career as a romantic lead.

Psycho is pulpy and sordid and perverse, shot in black and white on a low budget to give it the tawdry feel of a B movie, and directed with the impeccable craft or a master who knew how to shock the sensibilities and shake up the expectations of an audience. Time may have dulled the shock, but the craft is as impressive as ever.

It was nominated for four Academy Awards, including best director and best supporting actress for Janet Leigh, and was added to the National Film Registry in 1992.

It had no rating when it was initially released but it has since been rated R.

For more on the film, read Roger Ebert’s “Great Movies” entry on Psycho.

You may be interested in following up with the documentary 78/52: Hitchcock’s Shower Scene, a deep dive into the signature sequence as well as an appreciation of the film as a whole.

The Blu-ray and DVD special editions include commentary by Hitchcock scholar Stephen Rebello, the feature-length documentary “The Making of Psycho,” 2008 featurette “In the Master’s Shadow: Hitchcock’s Legacy,” two studies of “The Shower Scene,” excerpts from Francois Truffaut’s 1962 audio interview with Hitchcock, archival newsreel footage and galleries of production stills, ad art and posters. It was remastered for the 50th Anniversary Blu-ray release, which also includes a new 5.1 audio mix as well as well remastered mono and stereo soundtracks, and the featurette “Psycho Sound” on the sound mixing of the 5.1 soundtrack.