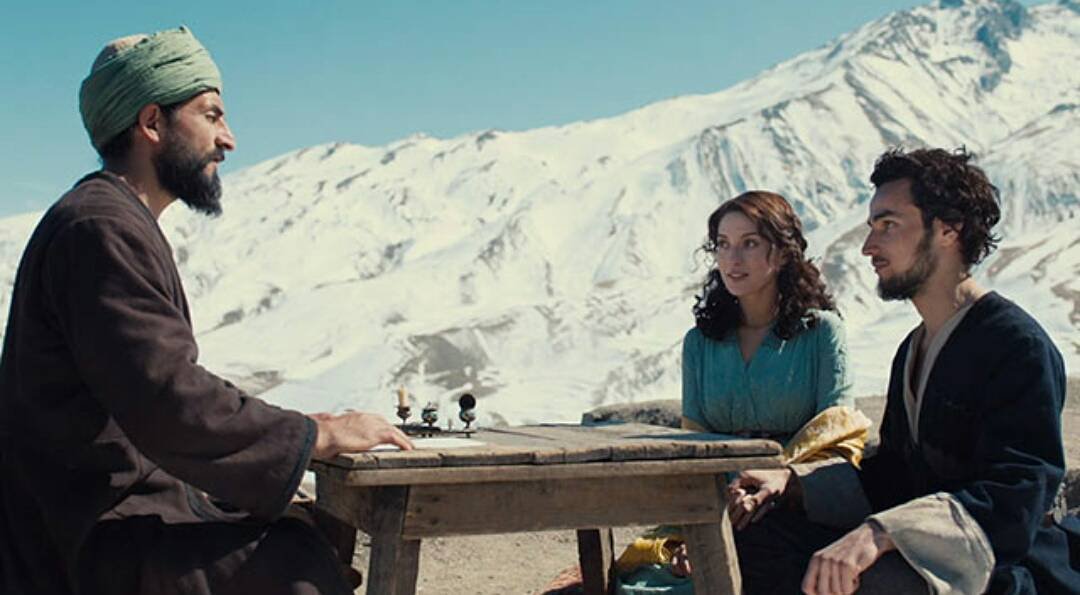 Ali and Nino (2016) tells the story of the brief independence of Azerbaijan after World War I through the love story of Ali (Adam Bakri), a Russian-educated Muslim from a noble family in Baku, Azerbaijan, and Nino (María Valverde), an Orthodox Christian from Georgia and the daughter of a Russian Prince (Mandy Patinkin). They are idealistic and pretty young people who reach across different cultures and backgrounds to come together.

Their marriage is put on hold when war is declared in 1914 and events split them up—Nino is kidnapped and becomes shunned by scandal, Ali goes into hiding with a price on his head—but they are reunited and Ali becomes a part of new independent government after the abdication of the Czar after the Bolshevik revolution and the Democratic Republic of Azerbaijan is recognized by the new League of Nations. Their journey takes them from the modern Muslim city of Baku to the poor mountain villages of Azerbaijan to Turkey and Iran and back to Baku, but their freedom is short lived. The new Soviet Union invades to reclaim the oil-rich country.

This is the first film version of the classic 1937 novel by the pseudonymous Kurban Said, directed by Oscar-winning filmmaker Asif Kapadia (the documentary Amy) from an adaptation by playwright and Oscar-winning screenwriter Christopher Hampton (Dangerous Liaisons) and shot on location in Azerbaijan and Turkey, and it has a progressive approach for an 80-year-old tale. Ali and Nino respect one another’s religion and Ali pledges that she will not have to take up the veil and that he will not take other wives—not that revolutionary today but a break from his family’s tradition. To his credit, Ali’s father blesses the marriage.

The sweep of history and the portrait of the culture Azerbaijan 100 years ago is more interesting than the human drama. Bakri and Valverde are attractive and likable performers but they never show the kind of epic passion needed to drive their dramatic journey. It is, however, a handsome film and an interesting presentation of a moment in history that is not well known.

Not rated, in English.

, iTunes, GooglePlay and/or other services. Availability may vary by service.
Ali & Nino [DVD]