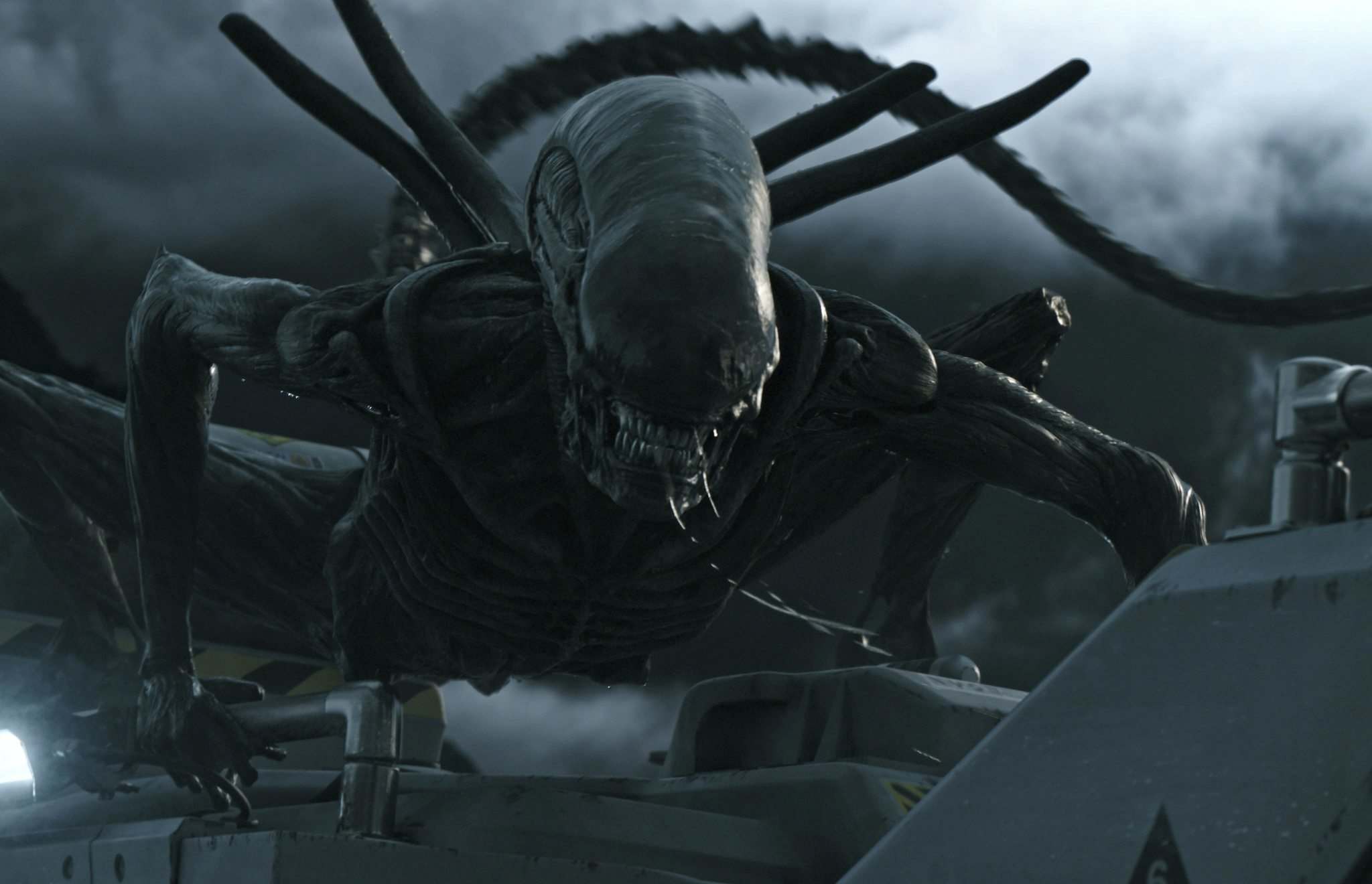 You may recall Prometheus with both awe and astonishment, a film with astounding moments of beauty and horror and brilliance bumping up against stupidity and sloppiness and half-baked ideas. Alien: Covenant (2017), the second film in the Alien prequel series, takes place a decade after the events of Prometheus (2012) and continues writing the xenomorph origin story with a new cast of potential hosts (a colony ship with a population on ice waiting to wake on a new world) put through a plot that borrows elements from both Prometheus and the original films. It’s a smarter film, and if it never quite matches the conceptual and visual genius of Prometheus at its best, neither does it slip into the foolishness of its worst moments.

This is the sixth official film (we’re ignoring the Alien vs. Predator films) in what is becoming a galaxy-spanning franchise, the second film in the prequel story, and the third directed by Ridley Scott, director of the original film. It opens with the skeleton crew awakening early, just as it did in Scott’s original Alien, and sending a search party down to a nearby planet sending out a distress signal, which this time is a verdant world teaming with plant life but, eerily, no animals or insects or birds. What it does have are the insidious spores of Prometheus (also directed by Scott) which colonize the unlikely humans as hosts for this alien life form, and a lone humanoid living in the ruins of a dead civilization: David (Michael Fassbender), the android of Prometheus who walks the wasteland like a rogue prophet and makes contact with the human team.

Katherine Waterston is Daniels, instant widow of the captain killed by faulty technology (James Franco in a cameo so brief he’s almost not there), Billy Crudup is Oram, the number two promoted to command who bristles at the perceived disrespect of his crew (he chalks it up to prejudice against his religious faith but there’s good reason to question his judgment), and Fassbender (again) is Walter, the next generation of android crewman whose programming has been a little tweaked since David’s era. When the two meet, David seems intent on connecting with his brother, and perhaps recruiting him to his cause.

It doesn’t take long for the first xenomorph—a primitive version of the creature we know from the original Alien—to burrow out of its human host and start feeding off the crew, which naturally coincides with a damaged shuttle and a violent storms that prevents their rescue. It’s a Gothic horror that trades the dark industrial warehouses and passages of the original film for a seemingly inviting planet that turns brutal and unforgiving in the dark of storms, where unforeseen terrors lurk in the shadow and strike with screech and an acid-drooling bite. And there’s an awfully big supporting cast to go through, many of them little more than sketches before they are devoured: Danny McBride as a drawling pilot, Demián Bichir, Carmen Ejogo, Jussie Smollett, and a completely wasted Amy Seimetz, just to name a few. Such are the conventions of the franchise, which by now are at once welcome and routine, a framework on which to hang yet another variation on a theme.

Fassbender delivers the exegesis in philosophical monologs as David while his Walter challenges his arrogant conclusions, the debate that puts words to the evolutionary battle of the gory spectacle. The xenomorphs are beautiful killing machines with a fatal flaw: they devour their ecosystems so efficiently that they leave nothing to sustain them through further generations.

Meanwhile the film plays with the evolution of the artificial intelligence and the prime directive of the android assistants when confronted with a new species that threatens the human crew. Even the legacy of The Engineers, the godlike sentinels briefly seen in Prometheus, echoes through the film in a way that becomes chilling, a literal take on the concept of killing your gods. Scott loses none of his ambition but by the end Alien: Covenant feels like what it ultimately is, the middle portion of a bigger story that ends with the creation of a perfect species. It’s satisfying in a way that Scott can be even when working with material that could use another a draft or two, a gorgeous piece of horror filmmaking sculpted from flawed materials.

, iTunes, GooglePlay and/or other services. Availability may vary by service.
Alien: Covenant [Blu-ray]

The Blu-ray and DVD editions from 20th Century Fox Home Entertainment include audio commentary by Ridley Scott, the 55-minute “Master Class: Ridley Scott” (a making-of featurette that you can watch in chapters or as a single feature), 12 deleted and/or extended scenes, a collection of various promotional sequences that extend the story with scenes from what could be an alternate version of the film (under the sections “USSC Covenant” and “Sector 87 – Planet 4”), and a gallery of production artwork and sketches. The Blu-ray also includes bonus DVD and Ultraviolent Digital HD copies of the film.