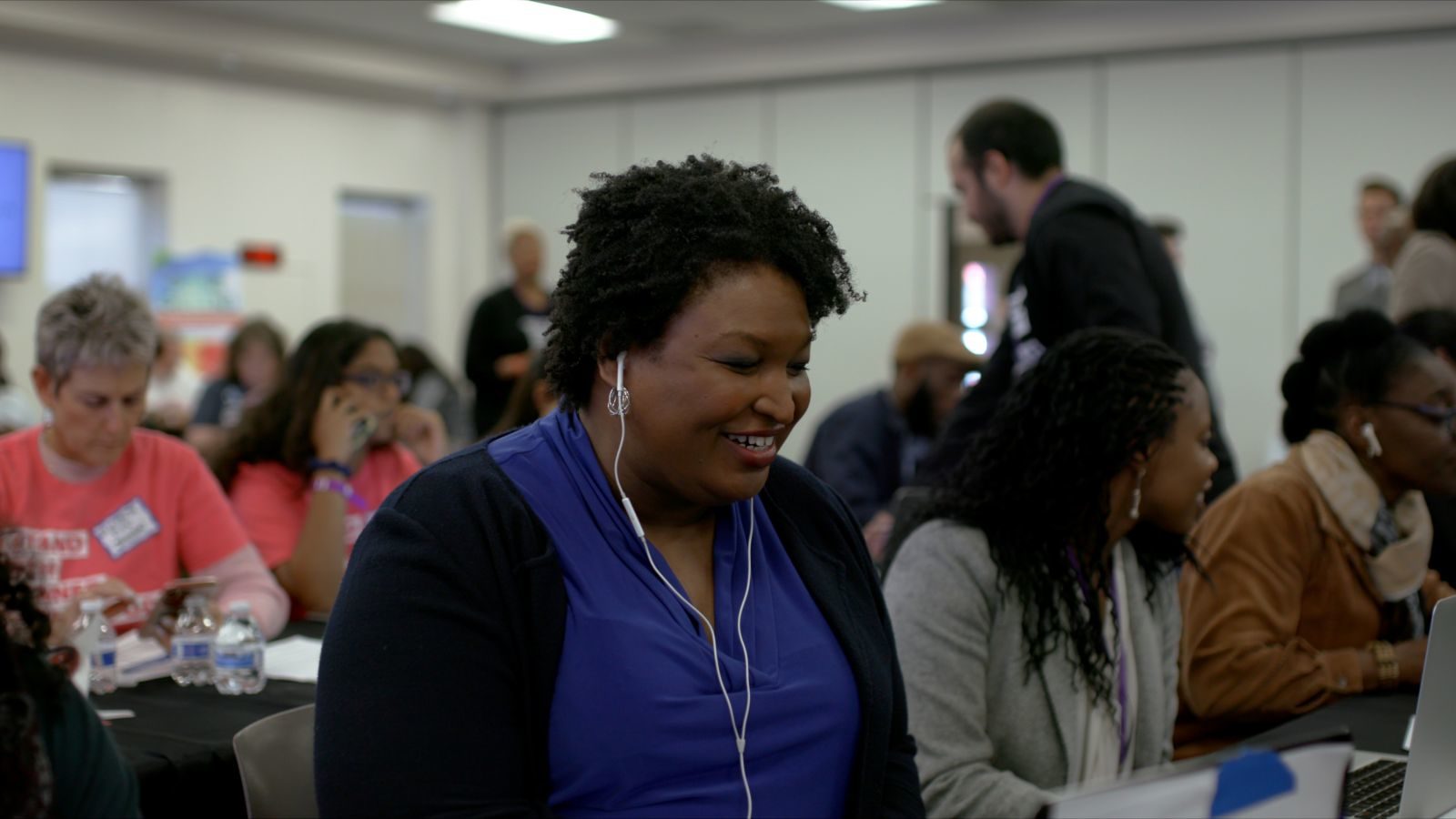 Election season brings out the political documentaries. “All In: The Fight for Democracy” (2020, PG-13) takes on the rights of American citizens to vote and the issue of voter suppression, guided by the expertise of Stacey Abrams. (Amazon Prime)

“The Fight” (2020, PG-13) puts the spotlight in the work of ACLU lawyers fighting for the rights of citizens over the past few years, with a focus on the inner workings of building and arguing cases. (Hulu).

The four-part docuseries “Challenger: The Final Flight” (not rated) takes a deep dive into the story behind the 1986 space shuttle disaster, from the astronauts that lost their lives to the reasons behind the accident and the inquest that followed. (Netflix)

“We Are Who We Are: Season 1” (TV-MA), a limited series created and directed by Academy Award-nominated filmmaker Luca Guadagnino (“Call Me By Your Name”), follows two American teenagers (Jack Dylan Grazer and Jordan Kristine Seamón) coming of age on an Air Force base in Italy. Chloë Sevigny, Alice Braga, and Kid Cudi costar. New episodes each Monday. (All HBO platforms)

David Tennant and Michael Sheen star as stage actors who continue rehearsals online after Covid-19 puts their show on hold in “Staged” (not rated), a socially-distance British comedy series. (Hulu)

Janelle Monáe stars in the horror film “Antebellum” (2020, R) as an author who finds herself in real-life slavery nightmare.

The Canadian drama “The Grizzlies” (2019, R) is an underdog sports drama based on the true story from an Alaskan Inuit community. Also new:

Sarah Paulson stars in “Ratched” (TV-MA), a prequel about the manipulative nurse from the movie “One Flew Over the Cuckoo’s Nest.”

A Mexican American woman aspires to become a sushi chef in the romantic drama “East Side Sushi” (2014, PG).

True stories: “Hope Frozen” (Thailand, 2019. not rated, with subtitles) chronicles the controversy over a scientist who cryogenically freezes his two-year-old daughter after she dies of brain cancer.

International passport: the revenge thriller “The Paramedic” (Spain, 2020, not rated, with subtitles) gets a head start on the Halloween horror season. Also new:

Ang Lee directs “Gemini Man” (2019, PG-13), a sci-fi action thriller which uses sophisticated digital effects to pit Will Smith against a younger version of himself. (Amazon Prime and Hulu)

An airliner vanishes without a trace in “Departure: Season 1” (2019, not rated), a British-Canadian mystery series starring Archie Panjabi and Christopher Plummer, making its U.S debut on Peacock.

Larry Wilmore that takes on current events in “Wilmore” (not rated), a weekly late-night talk show. New episodes each Friday.

Friends and motorcycle enthusiasts Ewan McGregor and Charley Boorman reunite for “Long Way Up: Season 1” (not rated), which chronicles their journey from the southern tip of South America to Los Angeles. Three episodes available, new episodes each Friday.

The documentary “QT8: The First Eight” (2019, TV-MA) looks at the career of filmmaker Quentin Tarantino.

Toby Jones plays a bus driver whose life takes an unexpected turn in “Don’t Forget the Driver: Season 1” (not rated), a British comic drama he cocreated. New episodes each Tuesday.

Richard Linklater’s “Boyhood” (2014, R) follows twelve years in the life of one boy (played by Ellar Coltrane) in a film shot over the course of twelve years. Criterion Channel presents the award-winning film along with interviews, featurettes, and other supplements from the special edition disc release. Also new: