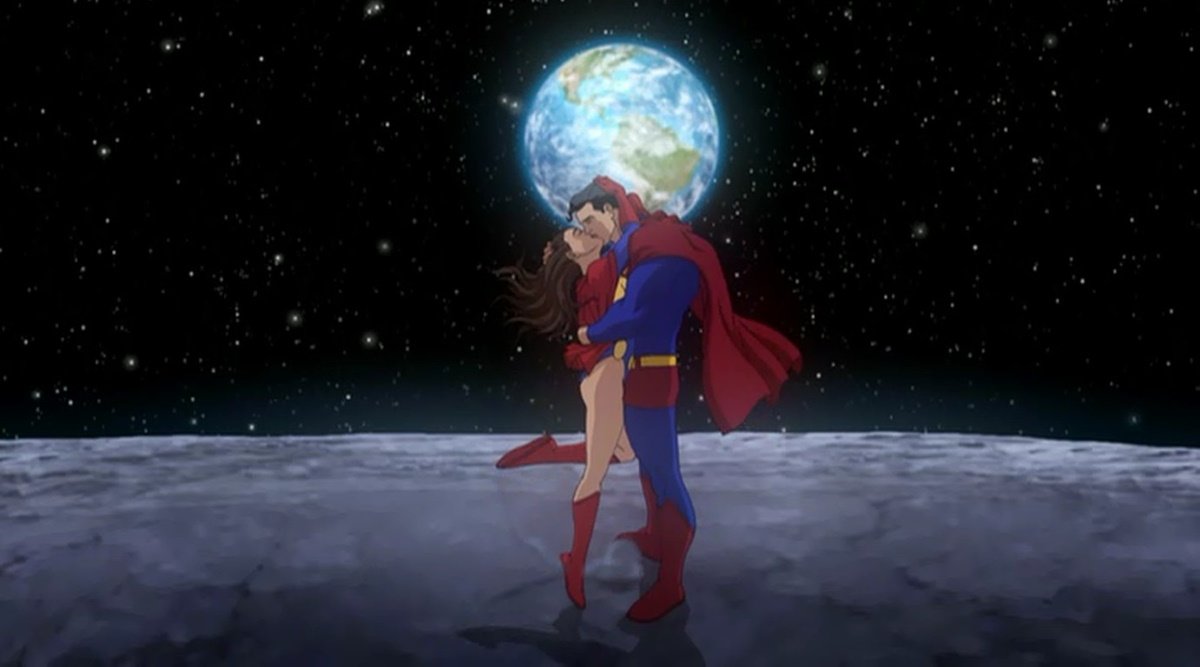 I confess that I was a big fan of the DC Universe Animated Original Movies for a good decade before the comic book superhero genre took over Hollywood. And while the big screen movies spin their own stories, these direct-to-DVD (and Blu-ray) features adapt specific creative comic book runs by some the genres most interesting talents.

The 76-minute All-Star Superman (2011) synthesizes the famous 12-issue mini-series by writer Grant Morrison and artist Frank Quitely. Their take embraces the pulp fun of golden age Superman with a modern grace and a mythic dimension.

It’s not a reboot or an alternate universe, just a couple of creative artists offering their version of the ultimate Superman story with the humanity and humility of the Man of Steel coming through between the battles with giant monsters, alien invaders, minor gods and major supervillains. Notably they present the final solution of Lex Luthor. “You’ll die,” our hero (in the alter-ego form of Clark Kent) warns Luthor when he hears his plan. “Ahh, but he’ll die first,” smiles the mad villain.

The artwork is designed to suggest the gentle, delicate style of artist Frank Quitely, but brought down to the minimalist detail and heavy lines of direct-to-DVD animation it more often evokes anime in an American vein… which, in its own way, works for this project. And new voice actors are cast in the leads: James Denton as a strong, confident yet humble Superman / Clark Kent, Christina Hendricks as a modern Lois Lane, Anthony LaPaglia as Lex Luthor and Edward Asner as a cantankerous Perry White. It’s part of what makes the DC Universe Animated Original Movies consistently interesting: just as the characters shift and storytelling approaches change with the creative personalities on the comic books, these films embrace the different sensibilities of the original stories by allowing new actors to reinterpret the characters in this new vein.

Which is not to claim any degree of greatness for the film, which overly simplifies Morrison’s writing and Quitely’s flair in the transition. I simply appreciate the way it embraces the creative vein of distinctive storytellers, something unheard of just a few years ago, when every animated superhero seemed to be hacked down to the most obvious clichés. This is far more adventurous and satisfying.

The DVD and Blu-ray feature “Superman Now,” a 34-minute featurette on the creation of the original “All-Star Superman” series with Grant Morrison, an a two-part adventure from Bruce Timm’s “Superman: The Animated Series” revolving around the Phantom Zone, plus a couple of promotional pieces for other DC Universe Animated Original Movies.

Exclusive to the Blu-ray are commentary by producer Bruce Timm and original author Grant Morrison (who discuss the original comic book run more than the film itself), the ten-minute featurette “The Creative Flow: Incubating the Idea with Grant Morrison” (with the author talking us through a series of sketches made while developing the comic) and a digital version of the complete “All-Star Superman #1” comic book.