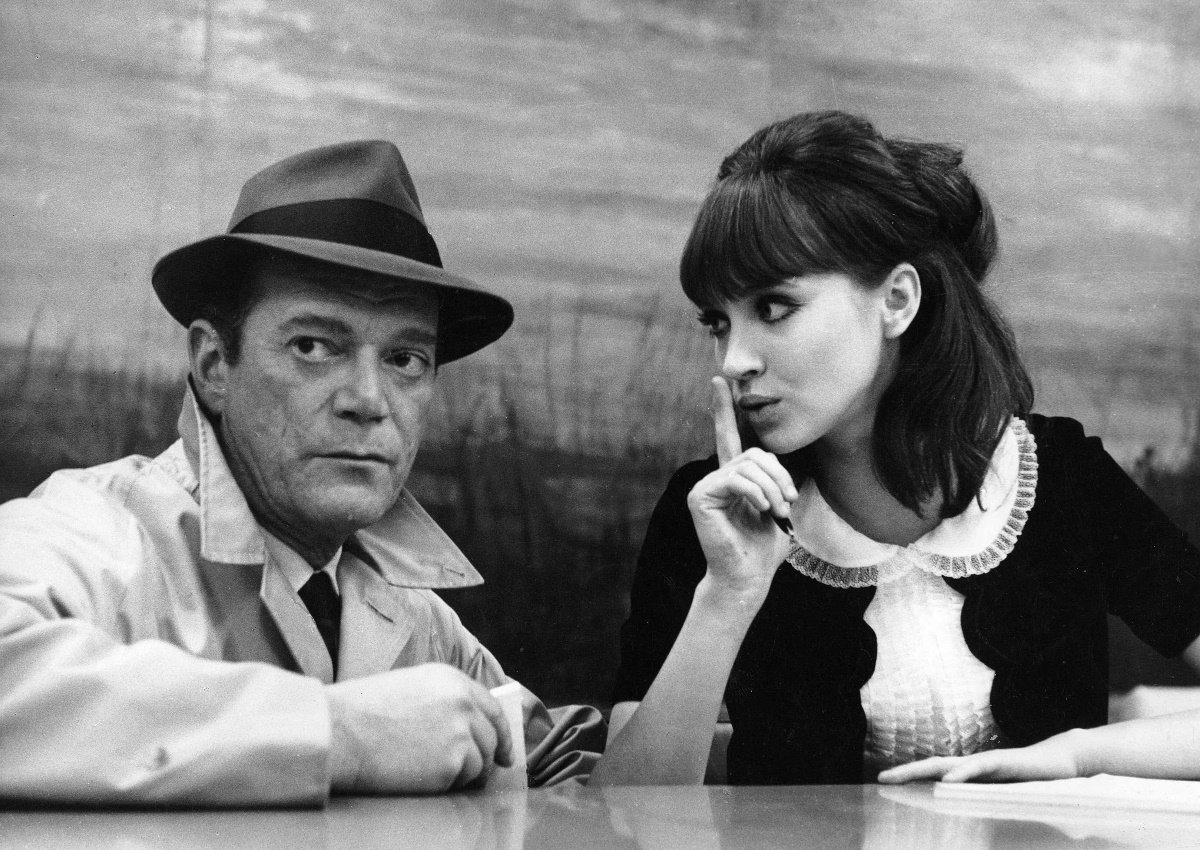 Eddie Constantine, a craggy-faced American actor who found fame as the tough-guy star of French B-movies, reprises his role as Lemmy Caution, a character he played in numerous earlier European films. In this film he’s an American agent sent to the European metropolis of Alphaville to retrieve a double agent (played by Orson Welles regular Akim Tamiroff) and shut down Alpha-60, the mega-computer that rules the totalitarian state where the expression of emotion is illogical and illegal.

Anna Karina, Godard’s former wife and longtime muse, costars as Natacha, an emotionless sex worker who is also the daughter of the computer’s creator (cult actor Howard Vernon). Caution is a two-fisted hero in a film noir trenchcoat and fedora in a futuristic culture where those who can’t adapt are either pushed to suicide or executed in scenes out of a surreal water ballet. Godard created his future cityscape entirely from existing locations, shooting in and against modernist buildings mostly at night and using simple effects and expressionist lighting to suggest an automated, austere world.

It won the Golden Bear at the Berlin Film Festival.

Also on Blu-ray and DVD and on SVOD through Amazon Video, iTunes, GooglePlay, Fandango, Vudu and/or other services. Availability may vary by service.
Alphaville Blu-ray]
Alphaville [DVD]
Alphaville (The Criterion Collection) [DVD]

Kino presents the DVD and Blu-ray debut from a 4K restoration, with commentary by film historian Tim Lucas, an interview with Anna Karina, and an introduction by British film historian Colin McCabe. It was previously available on a Criterion Collection DVD, now long out of print.