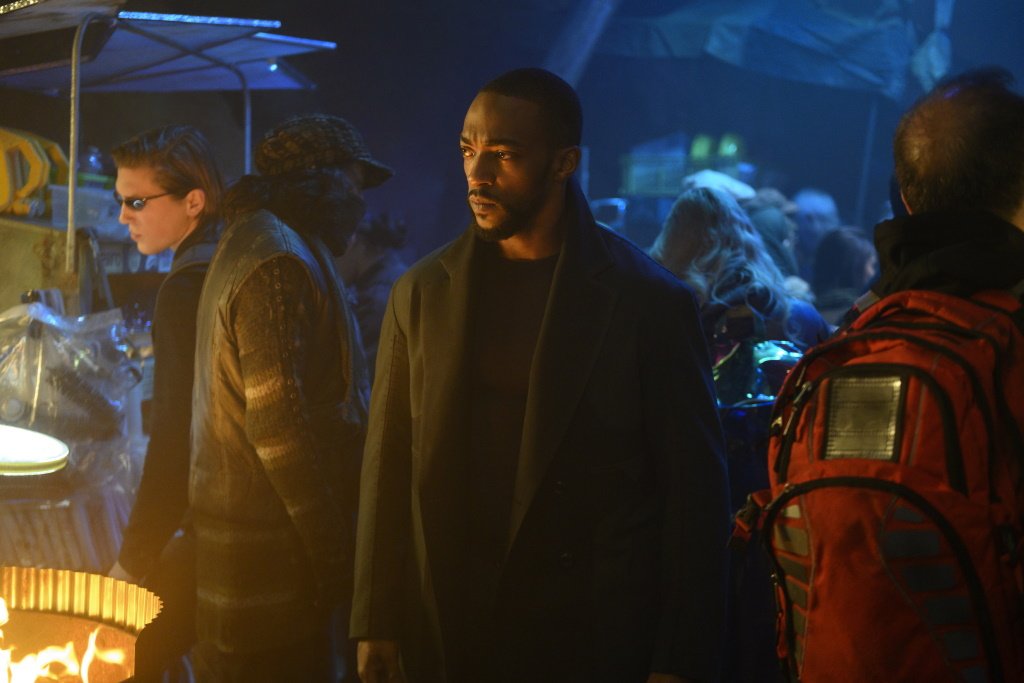 A new cast is in place for the second season of the Netflix Original Series “Altered Carbon” (2020, TV-MA), a science fiction thriller based on the novels of Richard K. Morgan, set in a future where human consciousness can be downloaded into new bodies. Anthony Mackie takes over as the new “sleeve” for revolutionary soldier turned interstellar detective Takeshi Kovaks, whose new assignment takes him back to his home planet and coincides with his search for his former lover (Renée Elise Goldsberry). Eight episodes on Netflix.

A teenager (Sophia Lillis of “It”) struggling with the high school, hormones, and sexuality suddenly manifests superpowers in “I Am Not Okay With This: Season 1” (2020, TV-PG), a Netflix Original Series from the producers of “Stranger Things” and based on the graphic novel by Charles Forsman. Series showrunner Jonathan Entwistle describes the show as a superhero movie made by John Hughes. Seven episodes on Netflix.

Elsa and Anna return for a new quest into the unknown in the animated musical fantasy “Frozen II” (2019, PG), a sequel to the Disney smash hit with a more dramatic story and greater stakes, and a fine score that doesn’t quite match the musical heights of the original. It was an Oscar nominee for its centerpiece original song. Features the voices of Kristen Bell, Idina Menzel, Jonathan Groff, and Josh Gad, with newcomers Sterling K. Brown and Evan Rachel Wood. On Cable On Demand and VOD, also on DVD and at Redbox.

Rian Johnson also earned an Oscar nomination for his original screenplay for “Knives Out” (2019, PG-13), a murder mystery in the Agatha Christie with a modern sensibility and a witty sense of humor. Daniel Craig has a blast with a larger than life Southern drawl as the gentleman detective investigating the death of a rich mystery writer (Christopher Plummer) and Chris Evans, Jamie Lee Curtis, Michael Shannon, Don Johnson, Toni Collette, and Ana de Armas are among the suspects in the old country manor house. It’s clever and witty, with terrific twists and a lively cast of characters, and the most fun I had at the movies in all of 2019. On Cable On Demand and VOD, also on DVD and at Redbox.

Based on the bestselling young adult novel by Jennifer Niven, “All the Bright Places” (2020, not rated) stars Elle Fanning and Justice Smith as high school outcasts who form a bond while struggling with the emotional and mental scars of their pasts. Keegan-Michael Key and Luke Wilson costar and Bret Haley (“Hearts Beat Loud”) directs. Streaming on Netflix.

Nicolas Cage stars in “Color Out of Space” (2019, not rated), Richard Stanley’s surreal adaptation of the horror fantasy story by H.P. Lovecraft about an alien invasion. It’s wild, pulpy, and a little psychedelic, and even more over-the-top than Cage’s performance. Also on DVD and at Redbox. Also new:

Available same day as select theaters nationwide is “Guns Akimbo” (2020, R), an action comedy starring Daniel Radcliffe as a nerdy programmer dropped into a death match competition, and the Southern Gothic neo-noir thriller “Blood on Her Name” (2019, not rated) with Bethany Anne Lind and Elizabeth Röhm.

Two indie horrors make their respective streaming debuts: “Girl on the Third Floor” (2019, not rated), featuring a fixer-upper-turned haunted house with bleeding walls and vengeful ghosts, and “Every Time I Die” (2019, not rated), a low-budget thriller about the spirit of a murdered man jumping through the bodies of the living.

True stories: the six-part limited series “The Trials of Gabriel Fernandez” (2020, not rated) investigates the death of an eight-year-old boy and the failures to protect him from systematic abuse. Also new:

International movies: a Republican fighter locks himself after the Spanish Civil War in “The Endless Trench (La trinchera infinita)  (Spain, 2019, not rated, with subtitles), a fictional drama based on real-life events.

International TV: the dead return to a remote Alpine village in “The Returned: Complete Series” (France, 2013-2015, with subtitles), an acclaimed supernatural drama with a melancholy atmosphere.

Two devoted brothers turn to one another in “Run the Race” (2019, PG), a faith-based young adult sports drama produced by Tim Tebow (Prime Video and Hulu).

The documentary “After Parkland” (2019, not rated) follows students of Marjory Stoneman Douglas High School and their families in the aftermath of one of the deadliest high school shootings in American history.

Michelle Williams, Julianne Moore, and Billy Crudup star in “After the Wedding” (2019, PG-13), a remake of the Danish romantic drama.

Streaming TV: the premiere of “The Voice: Season 18” is now available. New episodes stream the day after their network debut.

Disney+ presents offers two animated “Star Wars” shows to tide you over until the return of “The Mandalorian.” “Star Wars: The Clone Wars – The Final Season” (2020) wraps the series after a six hiatus and “Star Wars: Resistance – Season 2” (2019-2020) arrives from Disney XD.

Originally released as “Spooks” in England, the BBC intelligence thriller “MI-5” is one of the best spy dramas of the past few decades. BritBox now features the first five seasons (2002-2006). Matthew Macfadyen and Keeley Hawes anchor the initial seasons and David Oyelowo costars but Peter Firth remains the show’s foundation over the course of the series. Also new:

The non-fiction series “Justin Bieber: Seasons” (2020) follows the pop celebrity as he works on a new album and struggles to return to the spotlight after dropping out. Presented in ten-minute chapters.

All the Bright Places, Altered Carbon, BritBox, Criterion Channel, Disney, Disney Plus, Facebook Watch, Frozen II, Hulu, I Am Not Okay With This, Knives Out, Netflix, VOD, YouTube