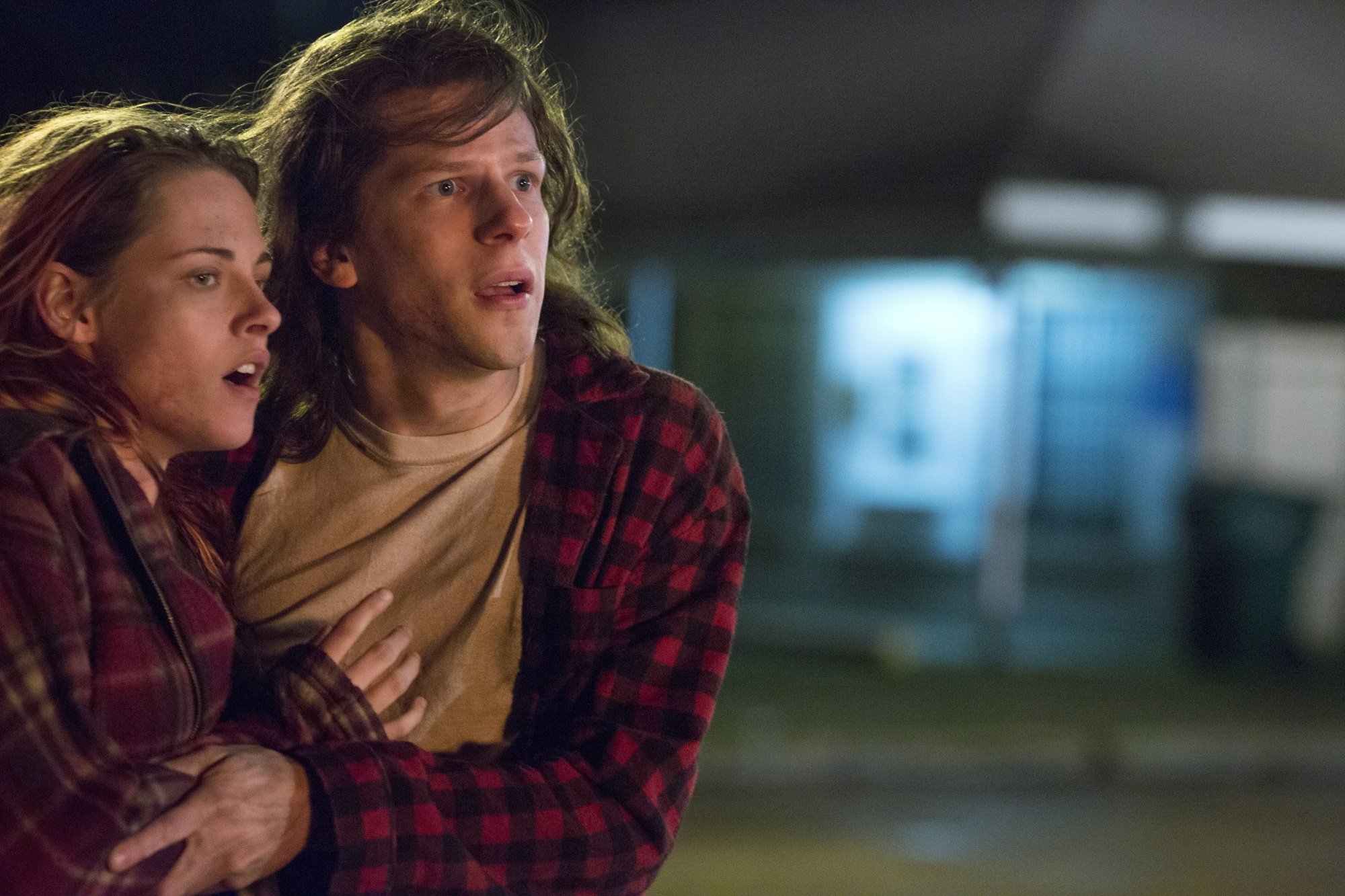 American Ultra (2015) reworks The Bourne Identity as a slacker comedy with a killer punchline. Jesse Eisenberg is Mike Howell, a sweet, underachieving stoner prone to panic attacks. He gets by as convenience store clerk in a dead-end West Virginia town with a supportive girlfriend, Phoebe (Kristen Stewart), who is almost impossibly understanding when it comes to his crippling psychological handicaps. He’s trying to find the right moment to propose—he can’t believe that she’s still sticking with him and doesn’t want to lose the best thing in his life. And then he’s attacked by two thugs in a parking lot and kills them with a plastic spoon.

Clearly we’re in the realm of bloody black comedy, where extreme violence is played for tongue-in-cheek humor (except when it isn’t) and our resourceful sleeper assassin has an ingenious knack for turning random objects into deadly weapons. It turns out Mike is the sole survivor of a modern super soldier experiment and some snotty CIA middle-management guy (Topher Grace) who has decided that Mike, whose memories (but not his killer instincts) have been wiped, is a liability and a threat to his own clockwork killer program. When he sends the next generation of programmable assassins into the field, another agent (Connie Britton) activates him in hopes of saving his life. The collateral damage is comparable to a Category 3 hurricane.

Smart-mouthed one-liners and creative killing aside, there’s nothing particularly clever in this take on a spy movie trope that was a genre of its own long before Matt Damon’s Bourne, but it does have momentum, a modicum of flair, and some flashy effects that, if not particularly effective, at least energize the project. Still, it’s the terrific, lived-in chemistry between Eisenberg and Stewart (who also starred together in the superb Adventureland) that sustains the enterprise and they are up for anything the film throws at them. The cascade of cruelly creative carnage gets a little numbing after a while and the filmmakers—director Nima Nourizadeh and screenwriter Max Landis—aren’t committed enough to believe their own cynicism, but Eisenberg and Stewart make this one true romance I believe in.

Also stars John Leguizamo, Bill Pullman, Tony Hale, and Walton Goggins as a monstrous misfire as a killer created in the new human programming experiment. He’s a hoot in killer mode but he also delivers one of the film’s few moments of humanity.