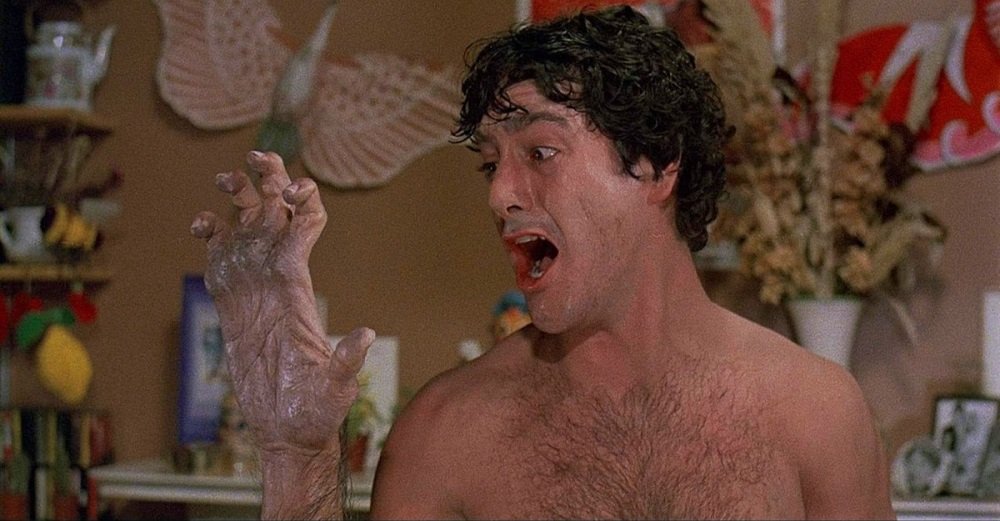 John Landis teaches us two things in An American Werewolf in London (1981): turning into a werewolf is a very painful process, and the dead are boring!

American tourist David Naughton survives a moonlight animal attack in Northern England only to turn into a hairy, bloodthirsty beast back in London when the moon is full. The Academy Award-winning special effects by Rick Baker, groundbreaking at the time, look a bit obvious today, and no wonder: Landis stops the film dead to watch them in the initial transformation. Horror was never his strong point, but the mix of black comedy and bloody carnage is still fun and he has just the right touch when he brings traveling buddy Griffin Dunne back as decomposing zombie with a sardonic sense of humor. Jenny Agutter is the British nurse who takes our hero in to her home (and her shower).

It’s a marvelous night for a moondance.

and other services. Availability may vary by service.
An American Werewolf in London [DVD]

An American Werewolf in London [Blu-ray]

The Blu-ray and DVD editions both offer a lively collection of featurettes and supplements. Director John Landis, in an 18-minute featurette, wanders through a veritable black museum of movie props as he relates the origins of the story (it was inspired by a Gypsy funeral he saw in Yugoslavia while on location as a stuntman on Kelly’s Heroes) and peppers his recollections with waggish stories. The 12-minute interview with make-up artist Rick Baker is an interesting look into his groundbreaking effects spiced with film clips and rare behind-the scenes footage, including unused effects tests and outtakes. Both are more entertaining and informative than the commentary track by actors David Naughton and Griffin Dunne, which begins enthusiastically but runs out of steam as they run out of stories, and the “making of” featurette, a disappointing 6-minute documentary featurette from 1981 highlighted by John Landis’ cameo: a stunt dive through a plate glass window.