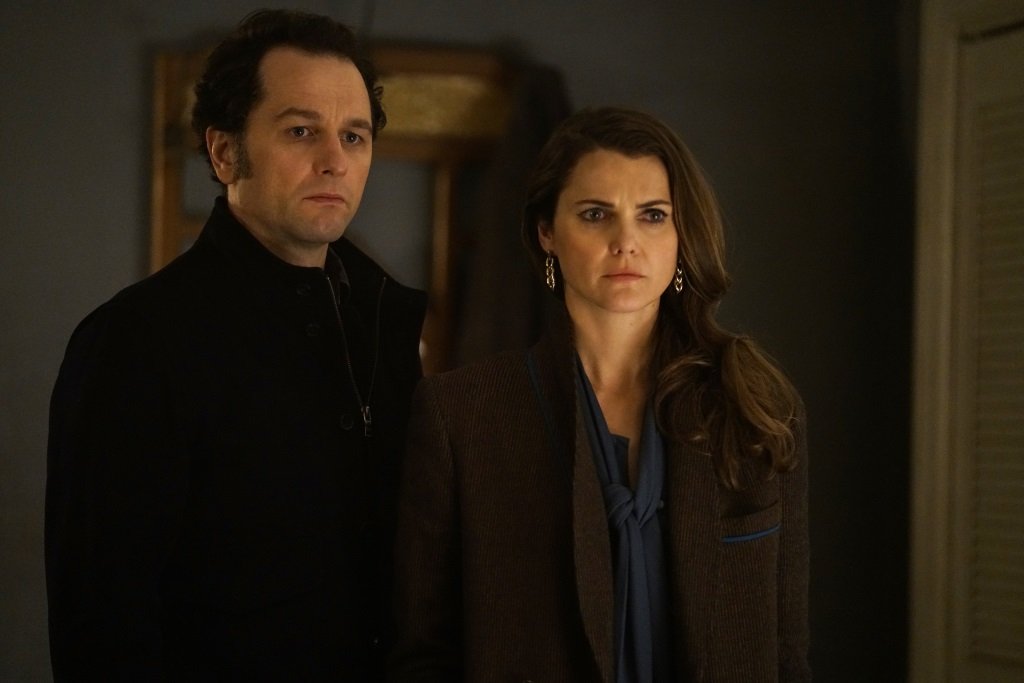 The sixth and final season of the superb FX series The Americans, starring Keri Russell and Matthew Rhys as Russian agents posing as suburban parents in 1980s America, is nominated for four Emmy Awards including outstanding drama. You can now see the entire series, one of the best American shows of the past decade, streaming on Amazon Prime Video.

Amy (2015, R), a profile of British singer / songwriter Amy Winehouse, offers an intimate and enlightening portrait of both the artist and the person behind the public image through rare concert footage and intimate video of Winehouse. The documentary won an Oscar in 2016. Streaming on Netflix.

Sharp Edges (1986/2018, TV-PG), a documentary on Tonya Harding (and her dysfunctional family) produced when she was 15, comes to Hulu after a brief theatrical revival. It shows that (among other things) Allison Janney’s Oscar-winning performance as Harding’s mother Lavona in I, Tonya was no caricature. Delayed from last month, now streaming on Hulu.

Charlize Theron is an overwhelmed mother of three who, after giving birth, forms a unique bond with her thoughtful, unpredictable, young night nanny (Mackenzie Davis) in Tully (2018, R). The third collaboration from Juno director Jason Reitman and writer Diablo Cody looks at motherhood, marriage, and the strains of parenting in the modern world with a different kind of story of friendship and renewal. On Cable On Demand and VOD, also on disc and at Redbox.

Anna Faris is a single mom and Eugenio Derbez her spoiled, rich boss in Overboard (2018, PG-13), a remake of the 1980s amnesia comedy. Also on disc and at Redbox.

A jilted bride (Kristen Bell) reconnects with her estranged father (Kelsey Grammer) in the Netflix Original comedy Like Father (2018, not rated), the feature directorial debut of Lauren Miller Rogen. It debuts directly to Netflix.

Joaquin Phoenix falls in love with a smartphone operating system in Her (2013, R), the Oscar-winning drama from Spike Jonze. Reviewed on Stream On Demand here.

Foreign affairs: a man (Arjun Mathur) fakes his own death to escape his dreary life in Long Live Brij Mohan (India, 2018, not rated, with subtitles) only to be arrested for his own murder. Also new are a number of foreign language series:

True stories: the music series Once in a Lifetime Sessions profiles Moby, Nile Rodgers, Noel Gallagher, and TLC discussing and performing their music in the initial four episodes.

Bridgend (2016, not rated), inspired by real-life teen suicides in rural county in Wales, stars Hannah Murray (Game of Thrones) as an outsider drawn into the hopelessness of the community. The impressionistic drama is a provocative fictional response to the real-life tragedy.

Rock Hudson and Jane Wyman star in Magnificent Obsession (1954), one of the most glorious romantic melodramas of the 1950s.

Streaming TV: America Divided (2018) takes on the polarization of the U.S. (new episodes roll out each Thursday) and from PBS comes #MeToo: Now What? Season 1.

Cult movies: Zach Snyder’s Watchmen (2009, R) is perhaps the most faithful adaptation of the landmark graphic novel made to date. Also new:

Nicolas Cage is an ex-con who becomes an unlikely father figure for a 15-year-old boy (Tye Sheridan) in Joe (2014, R) from filmmaker David Gordon Green (Prime Video and Hulu).

Two singles (Jennifer Westfeldt and Adam Scott) decide to have a baby so they can join their Friends with Kids (2012, R) in the comedy co-starring Jon Hamm, Kristen Wiig, and Maya Rudolph (Prime Video and Hulu).

The fourth and final season of Casual, the acclaimed Hulu Original comedy of a divorced mother (Michaela Watkins) and her bachelor brother (Tommy Dewey) fumbling through adulthood, is now underway. New episodes arrive each Wednesday.

Before We Vanish (Japan, 2018, not rated, with subtitles), from Japan’s horror master Kiyoshi Kurosawa, puts a twist on the alien invasion thriller.

The documentary The Wrecking Crew (2008/2015, R) profiles the great Los Angeles studio musicians who supplied the soundtrack of the sixties and created the West Coast sound without receiving their due credit. If you like stories behind the songs, this is for you, plus it has an amazing score.

More true stories: The China Hustle (2017, R) looks at China’s entry into the American stock exchange helped overinflate the market before the stock market collapse and The Beatles: Made on Merseyside (2017, not rated) looks at the early years of the rock legends.

Plus this line-up of new arrivals to the Hulu catalog:

Older titles coming back to the service include the Oscar-winning Coen Bros.’s Fargo (1996, R);

A misfit crew team up for a dance competition in the hip-hip drama All Styles (2018, TV-PG).

TCM Select Pick of the Week is the film noir classic Out of the Past (1947) with Robert Mitchum as a private detective whose life is forever changed when he falls in love the devious runaway lover (Jane Greer) who shot and robbed his ruthless gangster employer (Kirk Douglas). But there’s no escaping destiny, as he finds out so clearly when Douglas tracks them down to take back what is his. Jacques Tourneur’s masterpiece weaves a hard-boiled story of betrayal and revenge with beautiful photography and excellent performances, but Mitchum delivers more than merely a performance: his sleepy-eyed sneer and laconic delivery create the quintessential bad boy with a good soul and a resigned acceptance of his fate. Reviewed on Stream On Demand here.

“Director of the Week: Jean-Pierre Melville” presents ten features and a short film from the French director who made crime movies into an art. In addition to French noir classics like Bob le flambeur (France, 1955), Le Deuxième Souffle (France, 1966), and Le Samouraï (France, 1967) are two occupation dramas: Melville’s feature debut Le Silence de la Mer (France, 1949) and French Resistance thriller Army of Shadows (France, 1969). Of notable interest to Melville fans is Magnet of Doom (France, 1963, with subtitles) with Jean-Paul Belmondo, which has never been available on home video in the U.S. All in French with subtitles.

Only one film in the “Star of the Week: Lena Horne” collection presents the star in a leading role—the all-black musical Cabin in the Sky (1943)—but she’s a featured singer in a number of movies including Ziegfeld Follies (1946), Till the Clouds Roll By (1946), and Meet Me in Las Vegas (1956).

Also new is the British fantasy comedy Marley’s Ghost: Season 1 with Sarah Alexander as a woman who can talk with the ghosts who haunt her home, which includes her ex-husband.