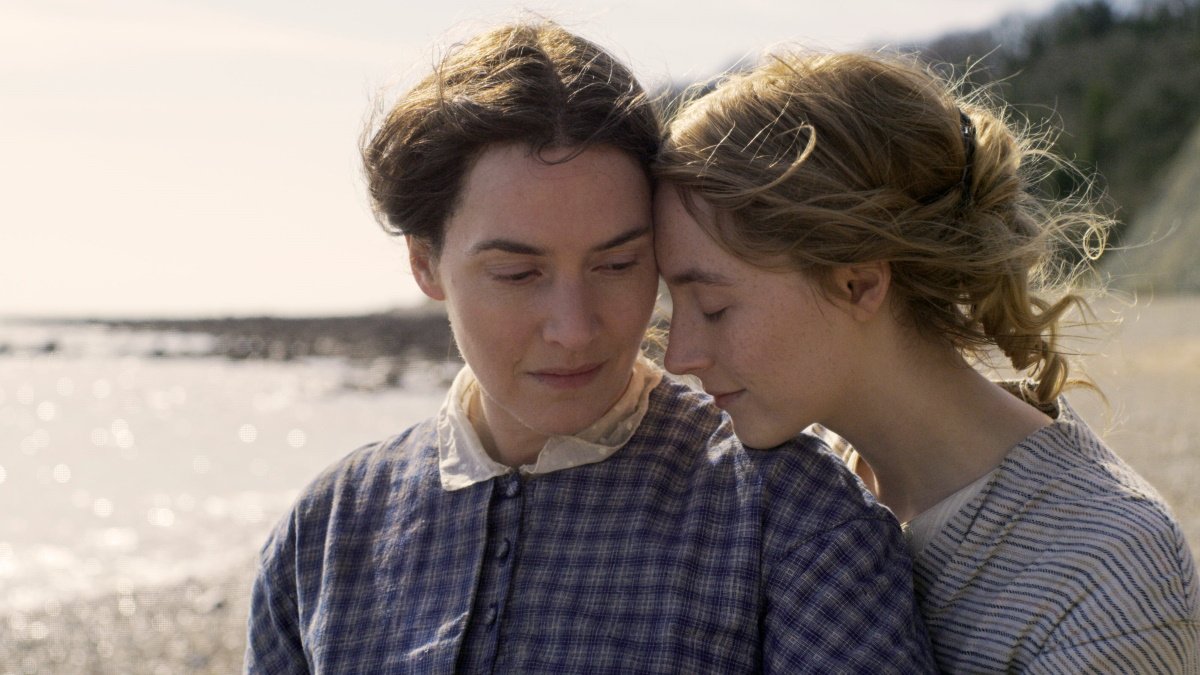 Kate Winslet plays fossil hunter Mary Anning and Saoirse Ronan is a young woman sent to the sea for her health in “Ammonite” (2020, R), a fictional love story inspired by the real life of Anning, whose discoveries in 1840s England were claimed by male archeologists for over a century. (Hulu)

Jodie Foster won a Golden Globe award for “The Mauritanian” (2021, R) playing the attorney who fought for detained suspect Mohamedou Ould Salahi (played by Tahar Rahim), a man tortured and imprisoned for years at Guantanamo Bay on scant evidence without being charged. Shailene Woodley and Benedict Cumberbatch costar in the real-life drama directed by Kevin Macdonald. (VOD and Cable On Demand)

The animated fantasy “Raya and the Last Dragon” (2021, PG) follows a teenage heroine (voiced by Kelly Marie Tran) on an odyssey across Asia to restore a magical stone to reunite a fractured kingdom and save the world, with the help of a dragon long thought dead. Don Hall (“Big Hero 6” and “Moana”) directs with Carlos López Estrada (“Trainspotting”) and the voice cast includes Awkwafina, Gemma Chan, and Daniel Dae Kim. Originally produced for theatrical release, it debuts simultaneously on Disney+ as a premium purchase.

Another animated feature, the TV spin-off “The Spongebob Movie: Sponge on the Run” (2020, PG) streams on the newly rechristened and expanded Paramount+ (previously CBS All Access) the same day it arrives on VOD and Cable On Demand.

The oddball comedy “The Twentieth Century” (2019, not rated) reimagines the life of Canadian Prime Minister Mackenzie King (Dan Beirne) as a fever dream of psychological obsession and madcap antics. The debut feature from director Matthew Rankin (who apprenticed on the films of Guy Maddin) recasts Canadian history as an absurdist farce. (Criterion Channel)

True crime: the three-part documentary series “Murder Among the Mormons” (not rated) investigates a series of pipe bomb killings in 1985 Salt Lake City and traces it back to a conspiracy involving rare documents that challenge Mormon orthodoxy. Directors Jared Hess and Tyler Measom were both raised LDS. (Netflix)

Classic pick: “Young Frankenstein” (1974, PG), the lovingly hilarious tribute to the classic “Frankenstein” movies from director Mel Brooks and star/cowriter Gene Wilder, mixes pathos and parody and remains funniest film that either of them have every made. (Hulu)

Katherine Waterston and Vanessa Kirby are frontier wives in 1856 America who fall in love in “The World to Come” (2021, R). Casey Affleck and Christopher Abbott costar.

“Pixie” (2021, R), a mix of revenge thriller and dark comedy, stars Olivia Cooke as a young woman on the run from a gang of crooked priests and nuns. Also new:

A shy high school teenager (Hadley Robinson) takes on the misogyny and racism in her school in the comedy “Moxie” (2021, PG-13), directed by and costarring Amy Poehler.

True stories: the documentary “Biggie: I Got a Story to Tell” (2021, R) celebrates the life of rap legend The Notorious B.I.G. through rare footage and in-depth interviews.

International passport: Olga Kurylenko stars in the action thriller “Sentinelle” (France, 2021, not rated, with subtitles) as a soldier hunting for the man who hurt her sister. Also new:

A midlife crisis spirals into a suburban family breakdown in the indie dramedy “King of Knives” (2020, not rated).

Kirk Douglas is a ruthless reporter in “Ace in the Hole” (1951), one of the most cynical films noirs ever made.

Ewan McGregor is “The Ghost Writer” (2010, PG-13) in the conspiracy thriller from director Roman Polanski. (Amazon Prime and Hulu)

A special agent (Frank Grillo) relives the day of his murder in “Boss Level” (2021, TV-MA), a thriller with a “Groundhog Day” twist costarring Mel Gibson and directed by Joe Carnahan.

Eva Green is a French astronaut and a single mother chosen for year-long space mission in the science fiction drama “Proxima” (2019, not rated).

Jon Hamm is a disillusioned diplomat pulled back in to service to save the life of a friend in “Beirut” (2018, R), a thriller set in the violence of the undeclared warzone of 1982 Beirut.

True stories: “Charles and Diana: 1983” (2021, not rated) looks back the royal couple’s tour of Australia and the tensions behind the scenes.

Ben Affleck directs and stars in “Live By Night” (2016, R) as a Boston gangster who relocates to Florida during Prohibition.

Hey pitches! The original a cappella comedy “Pitch Perfect” (2012, PG-13) with Anna Kendrick and Rebel Wilson is back.

True stories: “Persona: The Dark Truth Behind Personality Tests” (2021 TV-MA) digs into the history behind such testing and the biases behind them.

The darkly comic crime drama “Cold Pursuit” (2019, R) stars Liam Neeson as a grieving father who takes revenge on a gang of drug dealers with a snowplow. Also new:

A self-help author takes on a murderous stalker who returns to her home night after night in the horror film “Lucky” (2021, not rated) from writer/actor Brea Grant.

Solange Knowles’s “When I Get Home” (2019, not rated), a visual companion to the multidisciplinary artist’s 2019 album, makes its exclusive streaming premiere.

Shola Amoo’s semiautobiographical “The Last Tree” (2019, not rated) is a coming-of-age drama of a young Nigerian British man in early-2000s London. Also new: