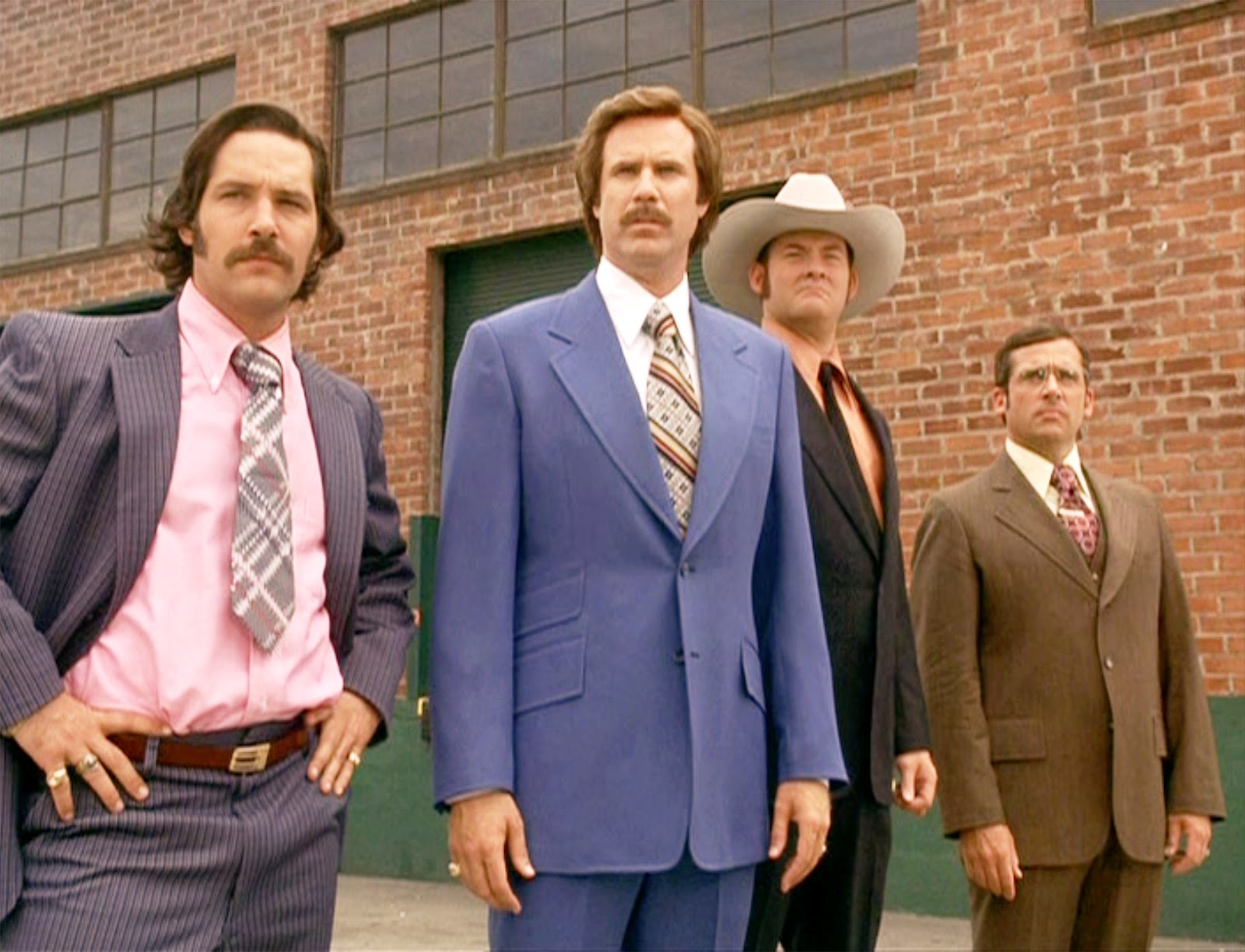 Will Ferrell takes us back to the 1970s, the glory days of local TV newsreaders, in Anchorman: The Legend of Ron Burgundy (2004).

The well-coiffed and self-involved Ron is a veritable god of a local celebrity and his team is an old boys club rattled when the station hires Veronica Corningstone (Christina Applegate), who battles sexism and Ron’s outsized ego to become the city’s first female anchor.

This utterly farcical twist on seventies nostalgia approaches anything-goes absurdity of Airplane! It’s an era of loud suits, carefully coiffed hairdos, manly mustaches and sideburns, and unchecked chauvinism and filmmaker/cowriter Adam McKay revels in the excess. The men are crude, the weatherman (Steve Carell) has the intellectual depth of a dust bunny, and the news teams swagger around town like overdressed street gangs who rumble when they collide.

Ferrell is a master of the comedy of oblivious utterances and nonchalant ignorance and McKay directs the film’s maddest cracks in reality with a matter-of-fact deadpan that favors improvisation and comic inspiration. It serves Ferrell’s style perfectly, which McKay had helped Ferrell hone since they both joined Saturday Night Live in 1995. It was the beginning of a long personal and professional partnership and Anchorman became their first big screen endeavor. McKay went on to direct Ferrell in Talladega Nights: The Ballad of Ricky Bobby (2006), Step Brothers (2008), The Other Guys (2010), and Anchorman 2: The Legend Continues (2013), and they solidified their partnership by forming their own production company.

In 2010, Ferrell proclaimed that Ron Burgandy was “my favorite character I’ve played, if I have to choose one… Looking back, that makes it the most satisfying thing I’ve ever done.”