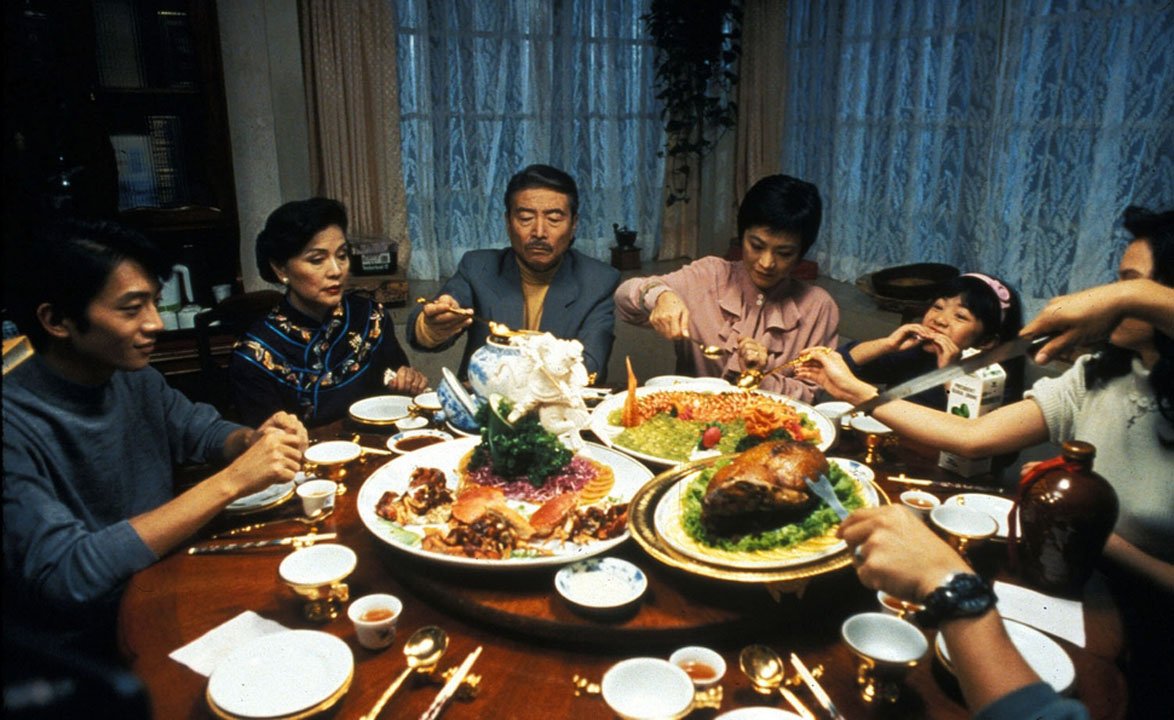 He is an aging, old-fashioned master chef known as Old Chu who is losing touch with his daughters and slowly losing his sense of taste. The eldest (Kuei-Mei Yang), a teacher, gave up a personal life to take over the maternal responsibilities since the death of their mother, the middle sister (Chien-lien Wu), a fast-rising executive with a modern approach to love and sex, is taking an apartment in the city. And the youngest (Yu-Wen Wang), a student, works part time as a fast food clerk. It’s not a statement of rebellion, merely a reflection of the changing urban culture.

The film is anchored on the ritual of the Sunday dinner, an elaborate meal that Old Chu spends all day preparing. He’s most at home in the kitchen, preparing and cooking and readying for presentation, but like a painter going blind or a musician losing his hearing, he’s an artist losing command of the sense that defines him. He’s less sure of himself presiding over the social ritual of the family dinner, which plays out with strained politeness.

The stories and emotional crises are familiar, the stuff of melodrama and romantic comedies. It’s the perspective Lee gives this portrait of repressed desires and hidden lives played out in the rituals of meals and family gatherings that makes the film so engaging and appealing. Full of warmth and surprises, this deftly told tale of the sensual pleasures in life has a great affection for its characters, but more importantly it has an appreciation for their desires, their individuality, and their decisions. And it’s not a film to watch on an empty stomach: The mouthwatering scenes of food preparation are so tactile you can almost taste the meals.

It was a 1995 Oscar nominee for Best Foreign Language Film and the study of social manners and suppressed feelings became Lee’s specialty. His next film was an adaptation of Jane Austen’s Sense and Sensibility starring Emma Thompson, Kate Winslet, Hugh Grant and Alan Rickman.

Not rated, in Chinese with English subtitles