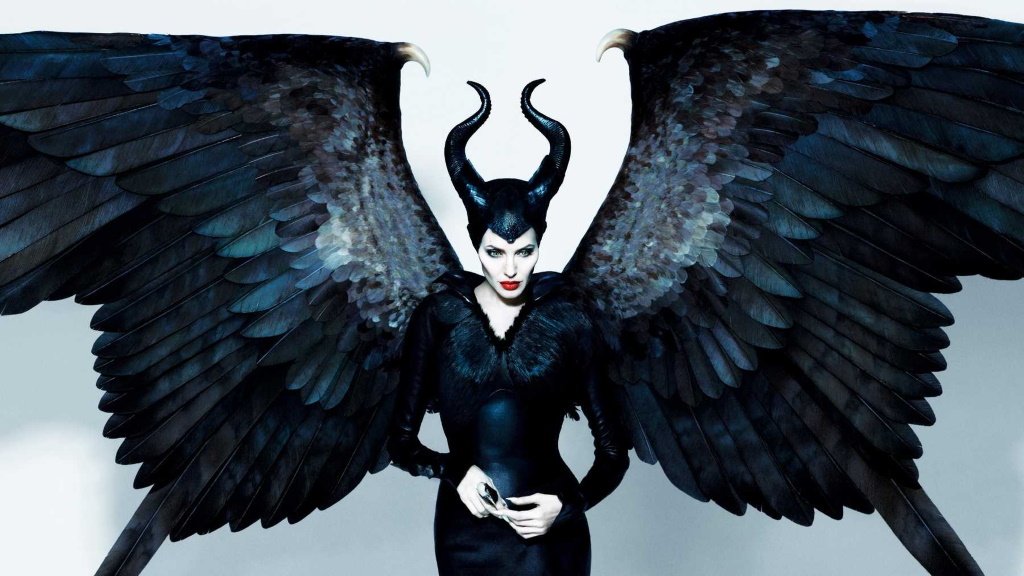 Maleficent (2014) does sort of a “Wicked” number on the story of Sleeping Beauty’s evil sorceress, casting her as the tragic figure of a dark fantasy (but not too dark for children—barely) of a revisionist fairy tale.

Angelina Jolie plays the adult Maleficent, a fairy who watches over and defends the natural and supernatural wilds from human assault. With her magnificent leathery wings and curled horns, she has the look of a beautiful demon (even her cheekbones are sharpened to an edge that look like they could cut an unwary lover to ribbons) but is at heart an innocent, a primeval force whose emotions are pure and motives without guile. Her betrayal, at the hands of a human (Sharlto Copley) who was once a friend and lover, is an assault so personal and intimate and disfiguring that children can’t help but feel the transgression as a terrible, horrible wrong while adults see it as a form of rape.

It is as powerful a dramatic moment you will see in an American film, let alone a mainstream spectacle, and coupled with Jolie’s committed performance (ripples of personality and conflicted emotions, as well as a playful sense of humor, play under even her iciest moments), it gives the film a power beyond the CGIed-to-monotony fantasy designs and magical creatures.

Not to slight Elle Fanning, who plays the princess Aurora as another innocent whose purity gets under Maleficent’s vengeful shell. Fanning has the ability to radiate pure joy and wonder and does so, but Jolie shows us that the potential for love is still within her, merely buried under rage and hatred and vengeance. It is a righteous revenge film, but with a feminist twist and a redemptive journey. To quote RogerEbert.com film critic Matt Zoller Seitz: “The movie is a mess, but it’s a rich mess. It has weight. It matters.”