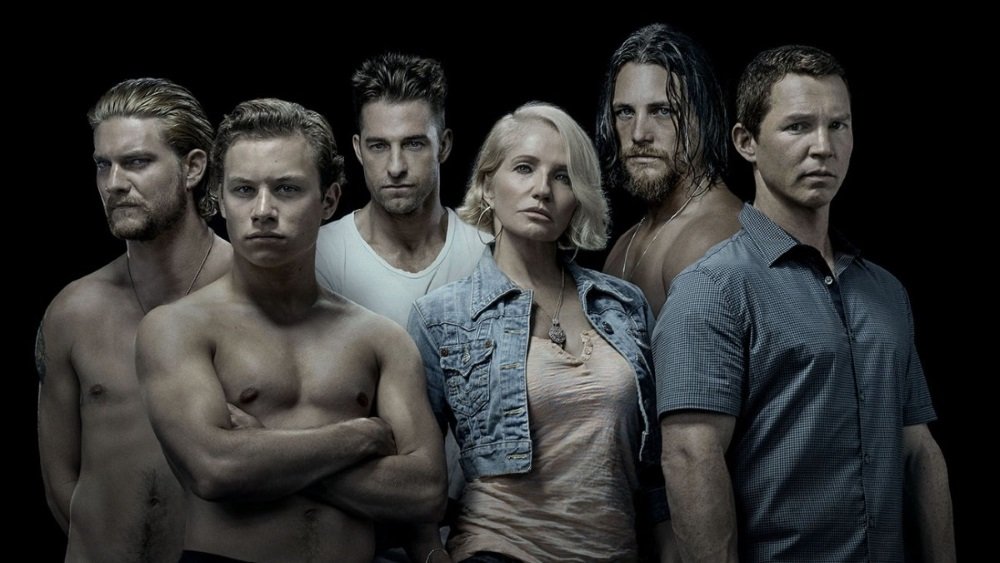 Relocated to the California south coast culture of surfing beaches and military bases, the series opens (like the movie before it) with Joshua ‘J’ Cody (Finn Cole) losing his mother to a heroin OD and calling his grandmother Smurf. He hasn’t seen her in twelve years but she’s the only family he has left and she brings him home to the Cody family home, more of a suburban compound really, a homey house with a pool and guest rooms and a high-tech security system surrounding it all.

It’s all pretty overwhelming for the shy, emotionally upended J, meeting all these rough, hard-playing uncles, and that’s before he’s introduced to the family business: knocking off banks, jewelry stores, and other big-money targets. Baz (Scott Speedman) leads the crew, which includes the hyperactive Craig (Ben Robson) and the surf-bum Deran (Jake Weary), who hides a secret gay life from the family, and the angry, unstable brother Pope (Shawn Hatosy) gets out of prison as J is settling in. The grown boys all have their own homes but they practically live at Smurf’s home, where she fixes snacks and cooks up family meals between crime planning sessions. But she’s also fiercely manipulative, maintaining a cover of middle class normalcy to project to the world outside while keeping a tight leash on her sons.

The family culture is a strange mix of machismo and alpha male competitiveness channeled by Smurf, who divvies up the score and maintains control with mind games and emotional manipulation. While Baz plans the biggest score yet for the family crew, the police pressure J’s art teacher to seduce the boy and get him to give evidence against the family, putting the high school kid in a dangerous position. There’s nothing particularly fresh or insightful here about the volatile culture of macho posturing and career crime but it’s a gritty crime show in the bright California sun filled with violence and sex (the imagery is just shy of nudity) and reckless, raw characters with few redeeming qualities. And it is great to see Barkin in a role she can sink her teeth into.

The second season is currently running on cable channel TNT.

Blu-ray and DVD editions include six featurettes and deleted scenes.