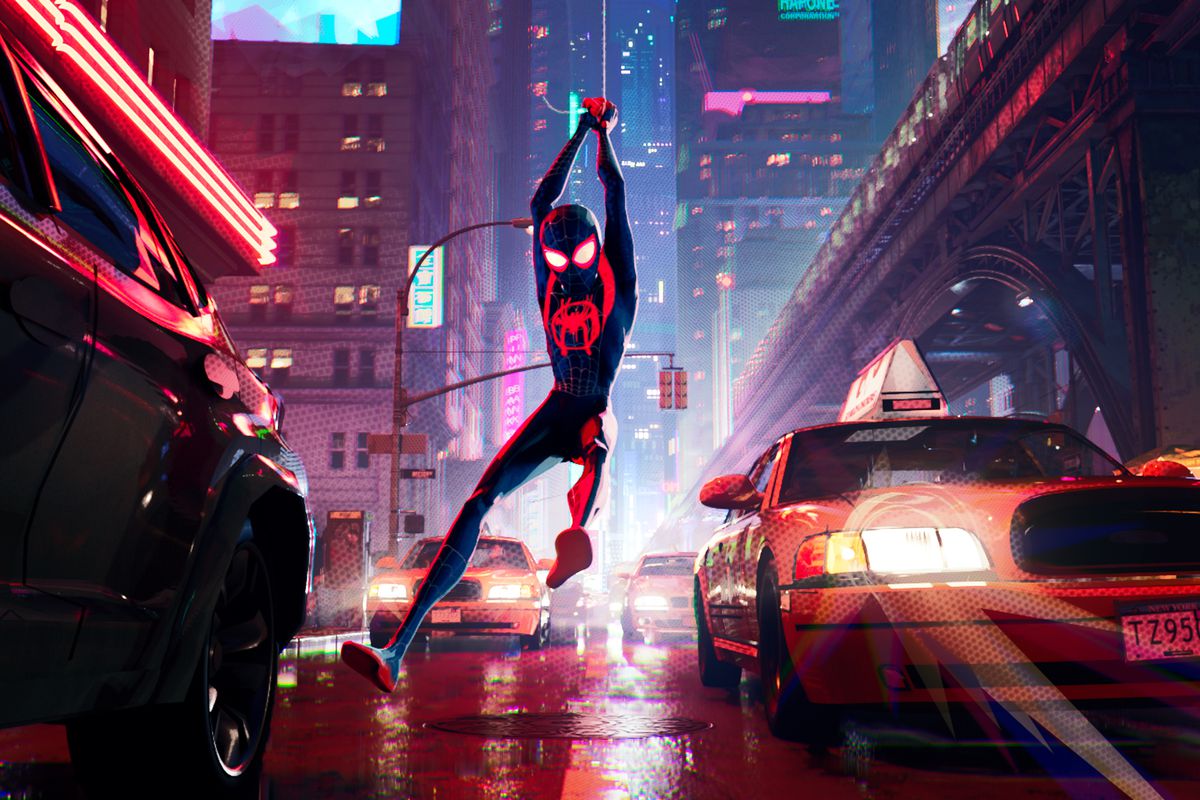 The Oscar-winning, family-friendly animated feature Spider-Man: Into the Spider-Verse (2018, PG) offers up a new take on the classic story with Miles Morales (voiced by Shameik Moore) getting bitten by the radioactive spider and a whole team of Spider-People from alternate dimensions helping him master his new powers. It also adds new dimensions to an animation style that draws directly from comic book graphics. The voice cast also includes Jake Johnson, Hailee Steinfeld, Brian Tyree Henry, Lily Tomlin, and Oscar-winner Mahershala Ali. And it’s a blast, a fun, unexpected take on the overcrowded superhero genre. Now streaming on Netflix.

Mary Kay Place is Diane (2018, not rated) in the low-key, intimate drama of loneliness, community, and late-life regrets. Jake Lacy and Estelle Parsons costar in the fiction debut of film historian and documentary filmmaker Kent Jones. Streaming on Hulu.

Tim Burton directs Dumbo (2019, PG), the live-action remake of the animated Disney classic about a misfit baby elephant with enormous ears that allow it to fly. Colin Farrell, Michael Keaton, Danny DeVito, and Eva Green star in this version, which expands the story into a nostalgic big top melodrama of eccentric circus folk versus a scheming amusement park owner. On Cable On Demand, VOD, DVD, and at Redbox.

Emma Thompson stars in Years and Years, a limited series from creator Russell T. Davies (“Queer as Folk” and the “Doctor Who” revival) that follows a family in present day Manchester through overwhelming change in the coming years. New episodes every Monday night on all HBO platforms.

20th Century Women (2016, R) stars Annette Bening as a single mother of a teenage boy determined to give him good life lessons with the help of friends and boarders in her sprawling old house (Elle Fanning, Greta Gerwig, and Billy Crudup).

Streaming TV: the new Netflix Original true crime series Exhibit A looks at how innocent people have been convicted with dubious forensic evidence.

Foreign language TV: Family Business: Season 1 (France, with subtitles) is a comedy about a would-be entrepreneur who wants to turn his family butcher shop in a marijuana café. Also new:

Rose Byrne, Chris O’Dowd and Ethan Hawke star in Juliet, Naked (2018, R), a romantic comedy based on the novel by Nick Hornby (Prime Video and Hulu).

On Saturday comes the comedy The Spy Who Dumped Me (2018, R) with Mila Kunis and Kate McKinnon as best friends who inadvertently get caught up in international intrigue (Prime Video and Hulu).

Robert Redford brings his easy charm to the role of a gentleman, octogenarian bank robber who lives for the thrill of the deed in The Old Man & the Gun (2018, PG-13), a strangely sweet and affectionate low key drama costarring Sissy Spacek and Casey Affleck. Redford said it’s his last screen performance.

Agnès Varda’s One Sings, the Other Doesn’t (France, 1977, not rated, with subtitles), a feminist musical about a friendship between two women over a decade of social change, streams with a documentary and two short Varda films featured on the recent disc release.

Riviera: Season 2 a thriller with Julia Stiles as a widow searching for her husband’s killer in the European underworld, is underway with new episodes each Thursday.

Hoopla is available through most public library systems.