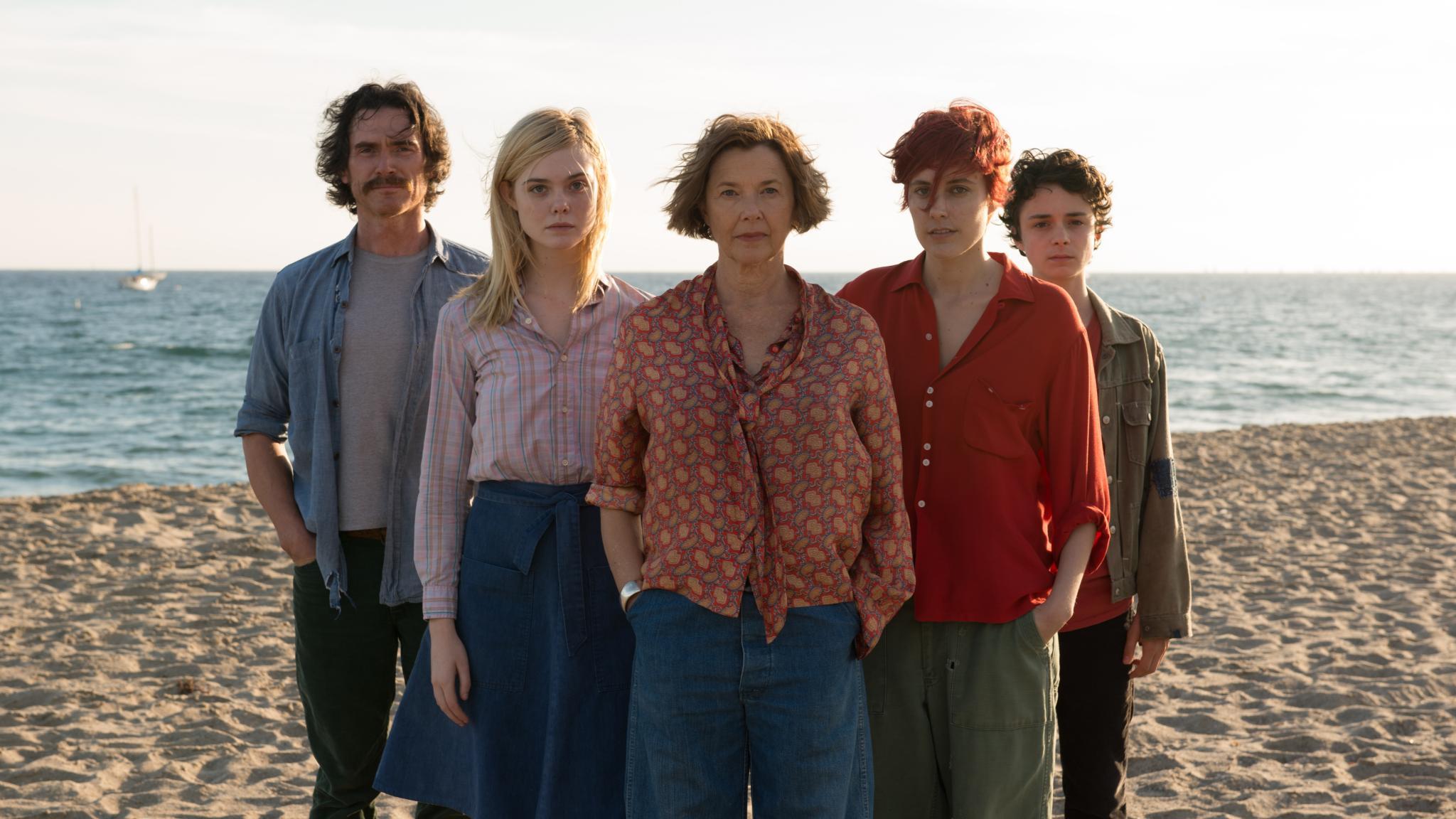 20th Century Women (2016) stars Annette Bening as Dorothea, a single mother of a teenage boy (Lucas Jade Zumann) determined to give him good life lessons with a little help from her friends. Elle Fanning is her son’s best friend, who escapes her troubled family and is warmly welcomed Dorothea, and Greta Gerwig and Billy Crudup are boarders in the sprawling old house she’s been fixing up for years. When Dorothea realizes that she can’t be everything to son Jamie, she reaches out to them to help with life lessons, friendship, and a watchful eye when needed.

Director Mike Mills paid tribute to his father in his previous film Beginners. This one is for his mother and it’s a lovely tribute. It has the quality of a remembrance, not quite idealized but seeped in good memories and textural details (it’s set in 1979 Santa Barbara), and it periodically rewinds and fastforwards to follow up a character or a story, like the triggers of memory. But mostly it is about family and friendship, about relationships and growing up, and the realization that there is so much more to the people you think you know so well. Mike Mills earned an Oscar nomination for his original screenplay.

Add to My List on Kanopy or my Hoopla list, which are available free through most public and college library systems.