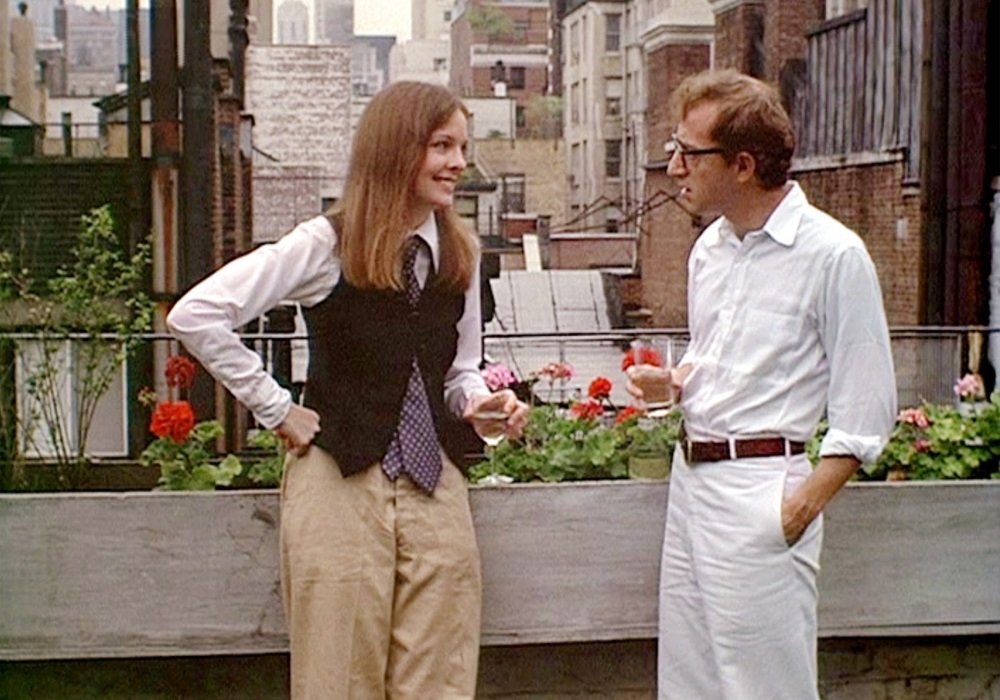 After a series of successful comedies that combined spoof, farce, and satire, Woody Allen took everyone by surprise with Annie Hall (1977), his first personal film and his most sophisticated to date. It drew from the same sources of humor as his earlier comedies, with interludes of memories seen through the lens of a comedian’s exaggerated perspective, wish fulfillment fantasy, and even an animated sequence, but tied them all into the perspective of a New York comic not unlike Allen himself (intellectual, neurotic, socially clumsy) and the story of a love affair.

Diane Keaton, Allen’s real-life paramour, is Annie Hall, a free-spirited singer who is equally anxious and endearingly kooky in her own right, and the film explores their relationship from first meeting to (inevitable?) break-up. Allen tosses out the usual romantic comedy conventions for his own brand of humor, but under the gags and self-effacing jokes is the portrait of two people who fall in love and then, as they grow and follow their careers and their desires, fall out of love.

The film won four Academy Awards in 1977, including Best Picture, Best Director and Best Original Screenplay, and announced to the world that Allen was a filmmaker with greater ambitions than spoofing foreign movies, Russian literature, and Jewish neurosis.

and other services. Availability may vary by service.
Annie Hall [DVD]