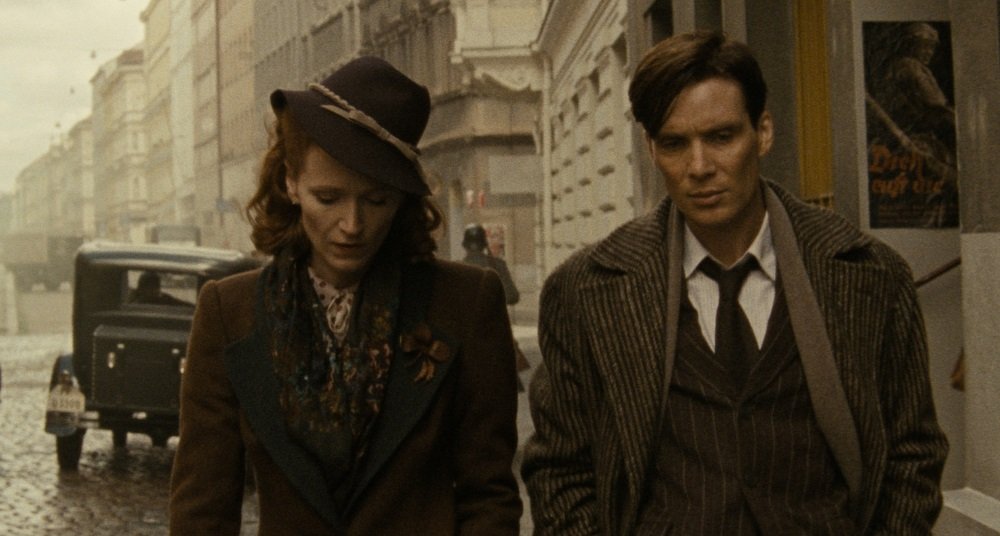 Anthropoid (2016) isn’t the first film to dramatize the real-life operation to assassinate SS-Obergruppenführer Reinhard Heydrich, the architect of the Final Solution and Hitler’s third in command in the Nazi hierarchy. That honor belongs to Fritz Lang, who made the highly fictionalized and highly charged Hangmen Also Die in 1943, barely a year after the events. Anthropoid, which sounds like some mutant science fiction thriller but is on fact the named after the operation code name, fictionalizes the events but sticks closer to the real-life details. The weight of history does seem to drag the film down at times—paragraphs of historical background set the context before the first scene begins—and we can get lost in the big cast of players and conflicting interests. But it has an attention to detail that is fascinating in its own right.

Cillian Murphy and Jamie Dornan headline the cast as the two nominal leaders of the seven-man team of exiled Czech soldiers parachuted into Czechoslovakia with orders to kill Heydrich, whose reign of terror and oppression on the occupied country has almost crushed the Resistance (it earned him the nickname “The Butcher of Prague”). Personalities and personal dramas are downplayed in favor of the culture of Prague under Nazi occupation and the tinderbox just below the surface; reprisals can strike bystanders as easily as Resistance members. Murphy’s character has the hard remove of a man who has been through war, but that attitude is the closest we come to backstory. He’s a soldier and he has a job to do.

There’s tension almost immediately between the domestic Resistance fighters, who have suffered all the losses and foresee only more reprisals from this operation, and the operatives who have been safely in London during the terror. In fact, the entire film is built on low-key tension as the mission is debated and the soldiers begins their surveillance of Heydrich, one of the most well-guarded officers in the Nazi command, to find a weakness or an opening. Sean Ellis, who directs and co-scripts, is very deliberate in his development. Even the romantic subplots, which might appear a gratuitous distraction, are less about passion than desperation; when there’s no escape plan in place, life is lived in moments.

But if you crave action, Anthropoid explodes around the halfway point. Not in the kind of spectacle you get from a Hollywood entertainment or a Tarantino joint but in the messy, ragged manner of rebels with nothing to lose. It’s hard to call it thrilling but it is riveting and compelling and it reminds us what was sacrificed to stop the Nazis—not just the strike team but everyone in the resistance and thousands of civilians besides—in full awareness of the consequences.

, iTunes, GooglePlay and/or other services. Availability may vary by service.
Anthropoid [DVD]

The Blu-ray and DVD editions include the featurette “The Making of Anthropoid” and storyboard to film comparisons. The Blu-ray also includes bonus DVD and Ultraviolent Digital HD copies of the film.