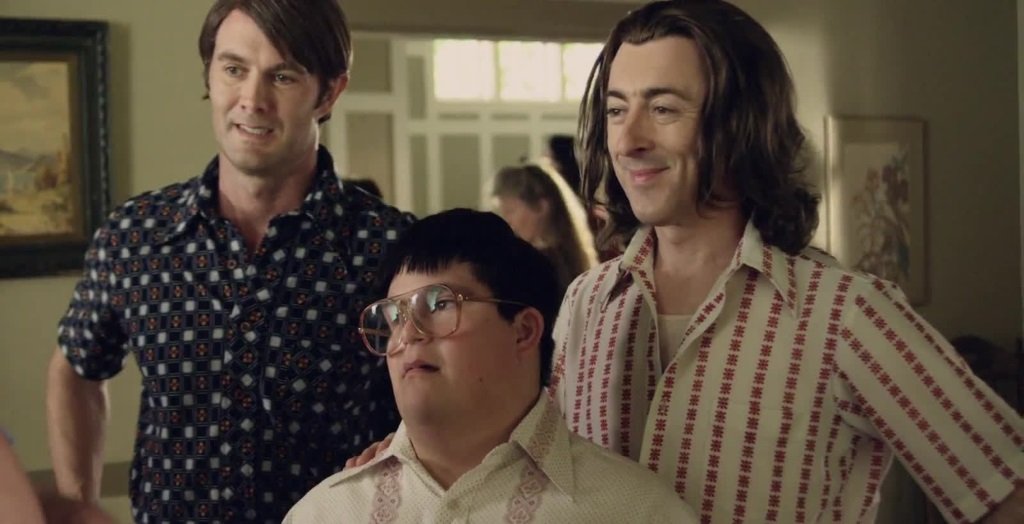 This is an era where homosexuality was widely treated as a perversion and the legal case (which is fiction but inspired in small part by a real-life story) is mounted by the city out of a twisted principle: this culture that would prefer to see an otherwise unwanted boy with Down’s Syndrome dropped into the indifferent system of social services than raised by two gay men. It could easily have tipped into a preachy tearjerker but for the commitment of director and co-screenwriter Travis Fine to make a film about people, not about issues or scoring points.

There was a time when gay cinema focused on sexual relationships but missed the nonchalant physicality of people comfortable with each other and the easy, everyday intimacy of people who make a life together. Any Day Now is a powerful drama of people in love that puts the love and commitment before the sexual orientation. These two men live their love in every moment, not in displays for the camera. That strength even tempers a tragedy with a sense of endurance and hope.

The film won the audience award at the Tribeca Film Festival and top awards at major festivals in Seattle, Chicago, and L.A.

, iTunes, GooglePlay, Fandango, Vudu and/or other services. Availability may vary by service.
Any Day Now [Blu-ray]