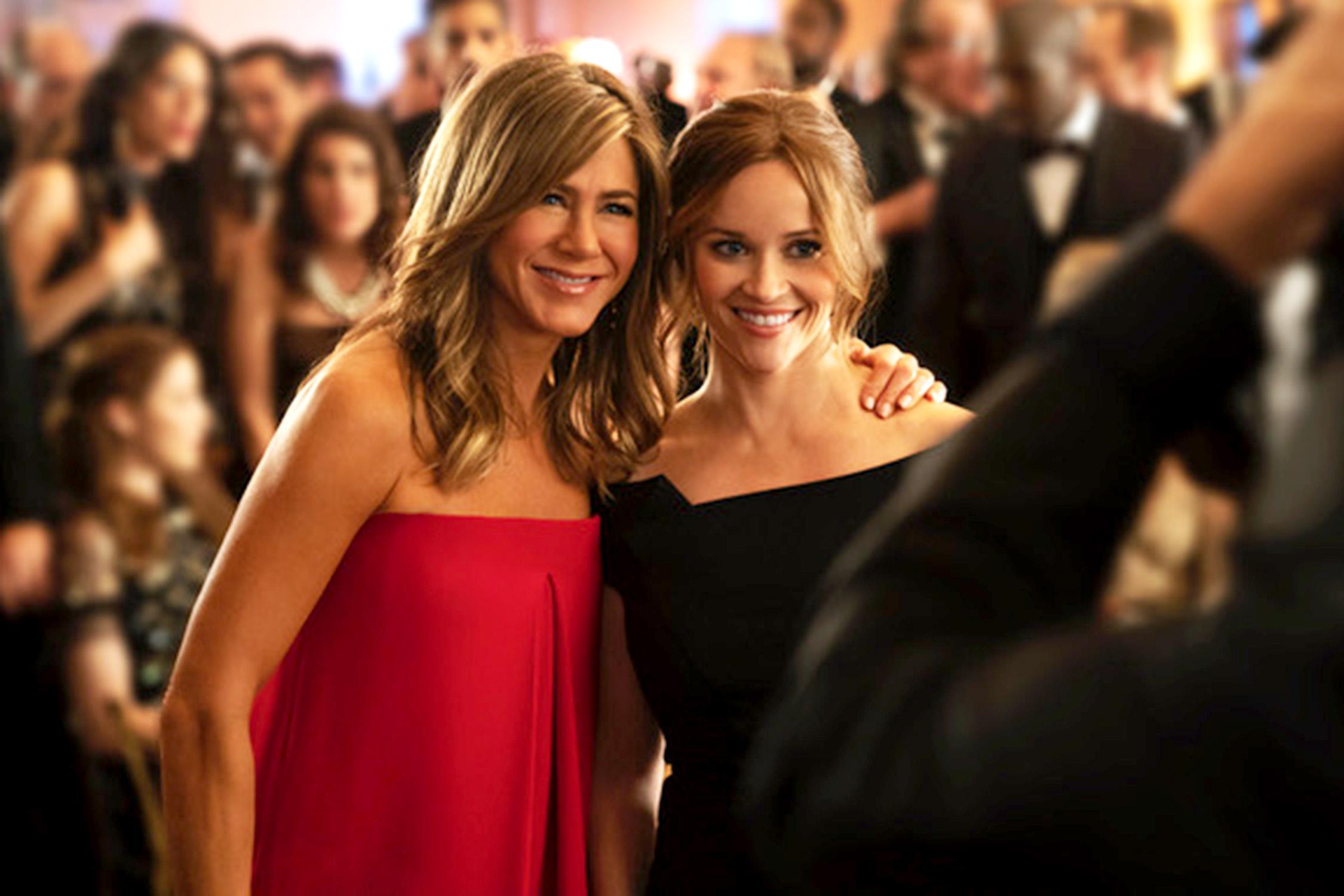 Apple TV+ launches this Friday with a slate of original shows led by “The Morning Show” (TV-MA), a drama set in the cutthroat world of morning TV news starring Jennifer Aniston, Reese Witherspoon, and Steve Carell, and “For All Mankind” (TV-MA), a mix of historical drama and science fiction in an alternate history take on the American space program where the Soviets beat the U.S. to the moon. It’s from Ronald D. Moore (of “Outlander” and “Battlestar Galactica”) and stars Joel Kinnaman.

Apple TV+ is $4.99 a month and accessible on Apple devices, Roku, Amazon Fire TV, and Samsung smart TVs. Sign up at tv.apple.com.

Timothée Chalamet is young King Henry V and Robert Pattinson is the Dauphin of France in “The King” (2019, R), an historical drama from filmmaker David Michôd and co-screenwriter/costar Joel Edgerton. It comes to Netflix direct from a brief theatrical release.

Kerry Washington and Steven Pasquale reprise their stage roles as an estranged couple searching for their missing child in “American Son” (2019, not rated), a screen adaptation of the Broadway play. Streaming on Netflix.

Classic pick: Warren Beatty’s epic historical drama “Reds” (1981, PG) stars Beatty as reporter and author John Reed and Diane Keaton as bohemian spirit Louise Bryant. Their story takes them to some of the most tumultuous events of the early 20th Century, from Pancho Villa’s exploits in 1913 Mexico to the outbreak of World War I to the Bolshevik Revolution, where Reed turned to writing speeches for first Communist Party officials. Jack Nicholson plays playwright Eugene O’Niell, Stapleton (in an Oscar-winning performance) plays Emma Goldman, Gene Hackman, Edward Herrmann, Jerzy Kosinski, Paul Sorvino, M. Emmet Walsh, and George Plimpton co-star, and an astounding parade of real-life witnesses to history (among them Rebecca West, Henry Miller, Adela Rogers St. John, George Jessel, and Will Durant) put the dramatizations into a complex perspective of memory, passion, fact, rumor, and the spirit of lived events long past. It was nominated for twelve Academy Awards and won three, including best director for Beatty. Now streaming on Amazon Prime Video and Hulu.

Naomi Watts and Octavia Spencer star in “Luce” (2019, R), a drama about a star high school student (Kelvin Harrison Jr.) who may not be all he seems. Also on Cable On Demand, VOD, and DVD. Also new:

Available same day as select theaters nationwide is “Adopt a Highway” (2019, not rated) starring Ethan Hawke as an ex-con who finds an abandoned infant.

The music documentary “Echo in the Canyon” (2019, PG-13) explores the culture of Laurel Canyon in the 1960s that nurtured the melodic folk rock sound of The Byrds, Buffalo Springfield, and The Mamas and the Papas, and features Jakob Dylan paying tribute to their music with fellow contemporary artists.

Rob Lowe and Kristin Davis star in “Holiday in the Wild” (2019, not rated), the first of the Netflix Original Christmas romances to roll out for the season.

International TV: a group of high school kids rebel against the establishment in the teen thriller “We Are the Wave: Season 1” (Germany, with subtitles) but discover their leader has harbors his own plans. Also new:

Tiffany Haddish and Tika Sumpter are sisters in the raunchy comedy “Nobody’s Fool” (2018, R), written and directed by Tyler Perry.

International affairs: “Transit” (Germany, 2018, not rated, with subtitles), Christian Petzold’s award-winning drama of man who assumes the identity of a dead author to escape occupied France

True stories: “In Search of Greatness” (2018, PG-13) looks at what makes a great athlete with Wayne Gretzky, Jerry Rice, and Pelé. Also new:

And while it’s not a documentary, the shot-on-the-streets indie film “Wild Style” (1983, R) is a time capsule of the early hip hop culture of the South Bronx.

Paulina García as a divorced middle-aged woman blossoming after 60 in “Gloria” (Chile, 2013, R, with subtitles), which was Chile’s official submission to the Academy Awards (Prime Video and Hulu).

“The Nightingale” (2018, R), filmmaker Jennifer Kent’s follow-up to her breakthrough “The Babadook,” is a dark, brutal revenge thriller set on the frontier of early 19th century Australia. The divisive film makes its streaming debut on Hulu.

“Terminator 3: Rise of the Machines” (2003, R), the last sequel to feature Arnold Schwarzenegger, arrives as he returns to the franchise in theaters this week.

“Into The Dark: Pilgrim” is the Thanksgiving-themed episode of the anthology horror series.

The American indie drama “Blindspotting” (2018, R) follows a man (Daveed Diggs) on the final days of probation as his reckless best friend pulls him back into crime. The film landed on a number of Top Ten lists from last year.

The sixth and final season of the tech world comedy “Silicon Valley” brings internet entrepreneur Richard (Thomas Middleditch) to testify in congressional hearings, which goes as well as you would expect. New episodes Sunday nights.

True stories: producer George Shapiro celebrates the legacy of “The Bronx, USA” (2019, TV-PG) with a visit to his hometown and old friends, and “Any One of Us” (2019, PG-13) chronicles the recovery of pro mountain biker Paul Basagoitia’s after suffering a spinal cord injury.

“Agatha Raisin and the Haunted House” kicks off the third series of the comic mysteries starring Ashley Jensen as the amateur detective in rural England. Now streaming on Acorn TV.

Guillermo Del Toro’s “The Devil’s Backbone” (Spain, 2001, R, with subtitles), a haunting ghost story in an orphanage caught in the violence of the Spanish Civil War, and the shadowy “They Live By Night” (1948), a film noir classic with a tender core, are presented with bonus commentary, interviews, and other supplements originally created for disc.