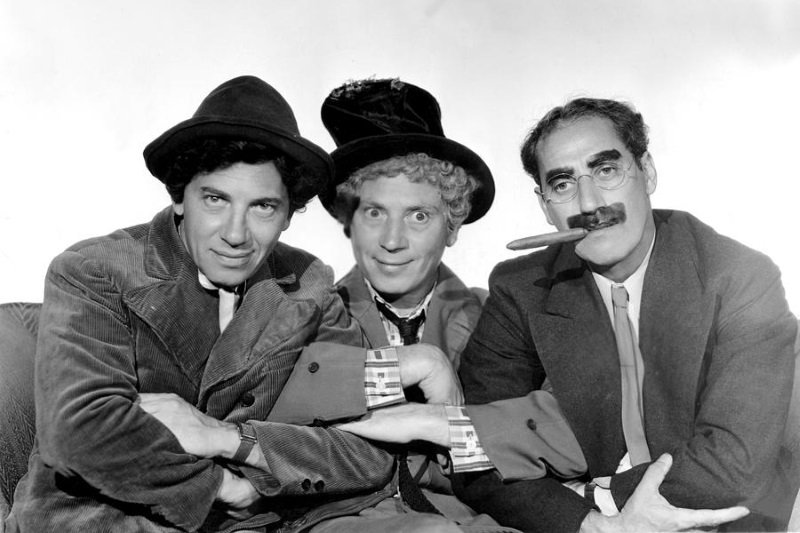 To start with, there are six Steve Martin TV specials from the 1970s and 1980s. The 1976 On Location with Steve Martin is straight stand-up concert originally made for HBO but the rest are all variety show-style comedy specials, filled with gags, skits, and wild and crazy production numbers, and between the rapid-fire scattershot bits are inspired nuggets of comedy gold. Steve Martin: Comedy Is Not Pretty (1980) features Marty Robbins’ “El Paso” performed with a cast of monkeys and elephants, All Commercials . . . A Steve Martin Special (1980) is a sketch show of advertising parodies done like a live TV variety show (complete with ridiculous production numbers). There’s also Steve Martin: A Wild and Crazy Guy (1978), Steve Martin’s Best Show Ever (1981), and Homage to Steve (1984), featuring his Oscar-nominated short film “The Absent-Minded Waiter” (co-starring Buck Henry and Teri Garr) and a 1979 stand-up performance.

The Marx Brothers TV Collection is a potpourri of unusual projects and unexpected appearances by Groucho, Chico, and Harpo Marx on TV from the early 1950s to the early 1970s, from full-length programs to variety show skits to TV commercials, with the aging comedy stars both solo and teamed up (though all three are never together apart from one delicious surprise). It features more than 50 performances, including “The Incredible Jewel Robbery,” a 1959 silent movie comedy short for TV with Chico and Harpo as a heist team.

Excavating the 2000 Year Old Man highlights some of the best performances of Brooks and Reiner’s often improvised exchanges as originally seen live on The New Steve Allen Show, The Andy Williams Show, The Ed Sullivan Show, The Timex All-Star Comedy Hour, and in a 1975 cartoon special, but also digs deeper into this classic comedic cornerstone as a single source of inspiration for some of today’s biggest names in comedy, a primer on how to do comedy, and one of the specific roots of Jewish humor’s impact on American culture.