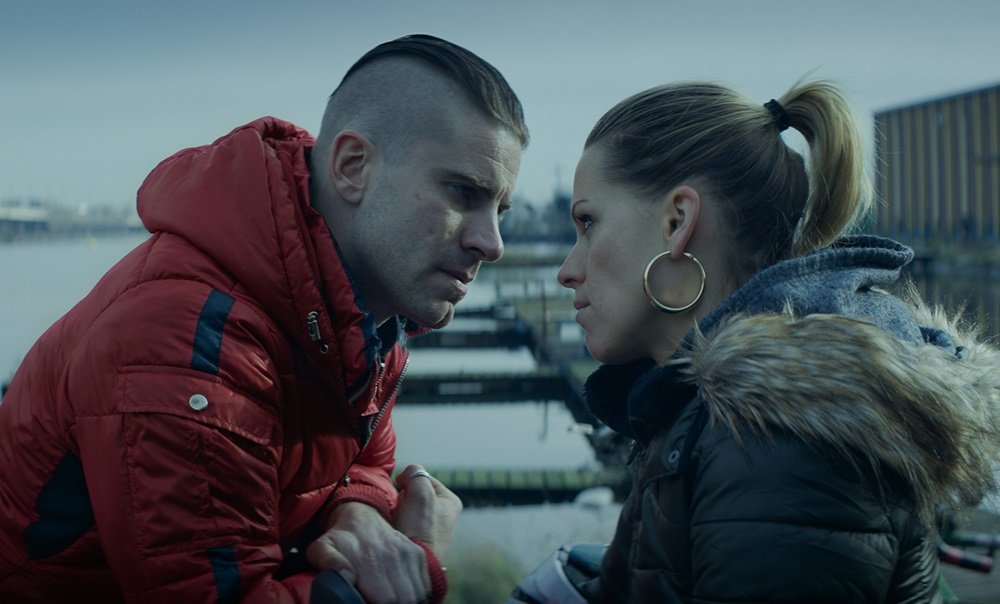 Cut to his release four years later as he slips back into alpha mode but everyone else has changed. Sylvie left him and she and Dave are sober and have gone straight. What Kenny doesn’t know is that Sylvie is pregnant with Dave’s child and Dave keeps their relationship secret until Kenny settles, waiting for the “right moment.” That moment, of course, never comes as Kenny’s temper stirs things up and pulls Dave into another criminal scheme: getting rid of a dead body in the trunk.

It’s clear from the first few minutes of Kenny’s release that things will not end well. That turns out to be an understatement. A mix of grim crime thriller, dysfunctional family drama, and social portrait of life in the lowest rungs of survival, The Ardennes is a simple film with a fatalistic attitude and a violent, impulsive bully at the center who sows chaos into every situation. But if its portrait of out-of-control criminal lowlifes is familiar, it’s also effective thanks to the commitment of the actors and the tense direction by Robin Pront, who populates the film with unstable characters and offbeat touches, including an ostrich attack. The film was Belgium’s official entry for the Academy Awards.

In Flemish and French with English subtitles

, iTunes, GooglePlay and/or other services. Availability may vary by service.
The Ardennes [DVD]