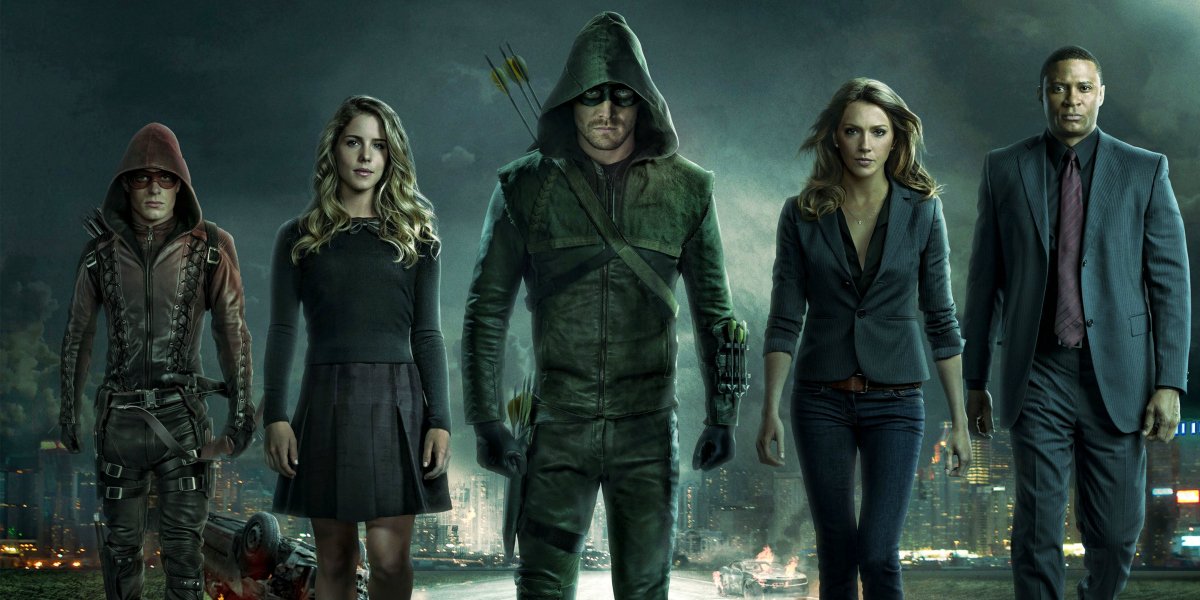 Arrow kicked off the DC Comics universe of TV shows on the CW network and it continues to lean toward the dark side of the genre. Anchored by Green Arrow (Stephen Amell), the masked alter ego of millionaire playboy turned brooding shipwreck survivor Oliver Queen, the show has created an entire crime fighting team around the nocturnal vigilante that includes his computer genius / hacker girlfriend Felicity (Emily Bett Rickards); assistant District Attorney Laurel Lance (Katie Cassidy), who has turned herself into Black Canary (complete with tech designed by Carlos in a crossover with The Flash); his former bodyguard John Diggle (David Ramsey), a special forces veteran; and his sister Thea (Willa Holland), who has been trained in martial arts and archery and now puts on a costume and goes by Speedy. For one episode, they call upon another DC character you might remember from a cancelled show: John Constantine, played by Matt Ryan. His appearance raised the hope of the show, or at least the character, getting a second life on the CW.

In Arrow: Season 4 they take on Damian Dhark, a megalomaniac bent on world domination using magic as his superpower. He’s played with a self-satisfied smile and snappy gusto by Neal McDonough, and he’s one of the best things in a season that gets bogged down in personal melodrama, romantic spats, and family drama. Felicity breaks it off with Oliver after he lies to her about former affair, Diggle clashes with his estranged brother, a mercenary working for Dhark, and a major character is killed in the final episodes, which makes the conflict personal. Because a fight to stop the apocalypse isn’t enough—it has to be personal to count.

The fourth season (23 episodes) arrives on Netflix the same day that the fifth season debuts on CW.