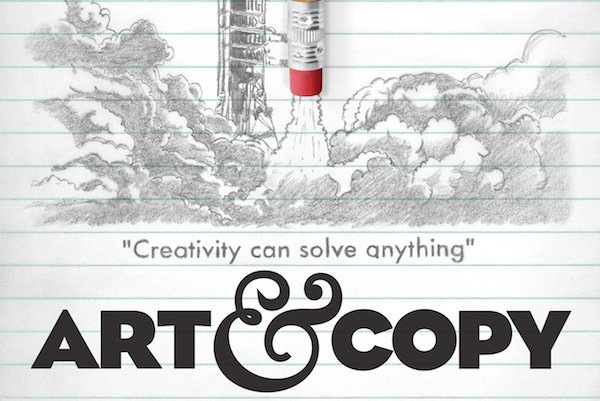 Director Doug Pray likes to put his lens to popular culture and dig under the surface to see where it came from and how it reverberates through the world. Art & Copy (2009) looks at the history and evolution of American advertising as both creative endeavor and cultural artifact through interviews with the most influential advertising minds of the past four decades. “There is no other kind of communication in the world that’s as focused as an ad is,” observes one of the ad men profiled in the film. “It’s like haiku.”

We meet the people created the revolutionary Volkswagon Beetle campaign and coined slogans that became part of the lexicon of popular culture—”I Want My MTV,” “Where’s the Beef?,” “Got Milk?,” “Just Do It”—and they are compelling people with a passion for their art. “Our motto is art serving capitalism,” explains Jeff Goodby and Rich Silverstein, but where does the art end and the exploitation begin? While Pray reminds the audience of the pervasiveness of advertising and branding and media infiltration in modern society with startling statistics, he is so impressed with his subjects that he never manages to challenge them with obvious questions: where does influence become manipulation and what are the dangers of advertising saturation on a society? We still await a probing study of advertising in American (and international) culture, but this survey of the greatest hits of salesmanship is an interesting look at the intersection of art, exploitation, business and popular culture, and the creative culture that creates these campaigns.

, iTunes, GooglePlay and/or other services. Availability may vary by service.
Art & Copy [DVD]

The DVD from PBS features 17 minutes of deleted scenes, including additional interviews.