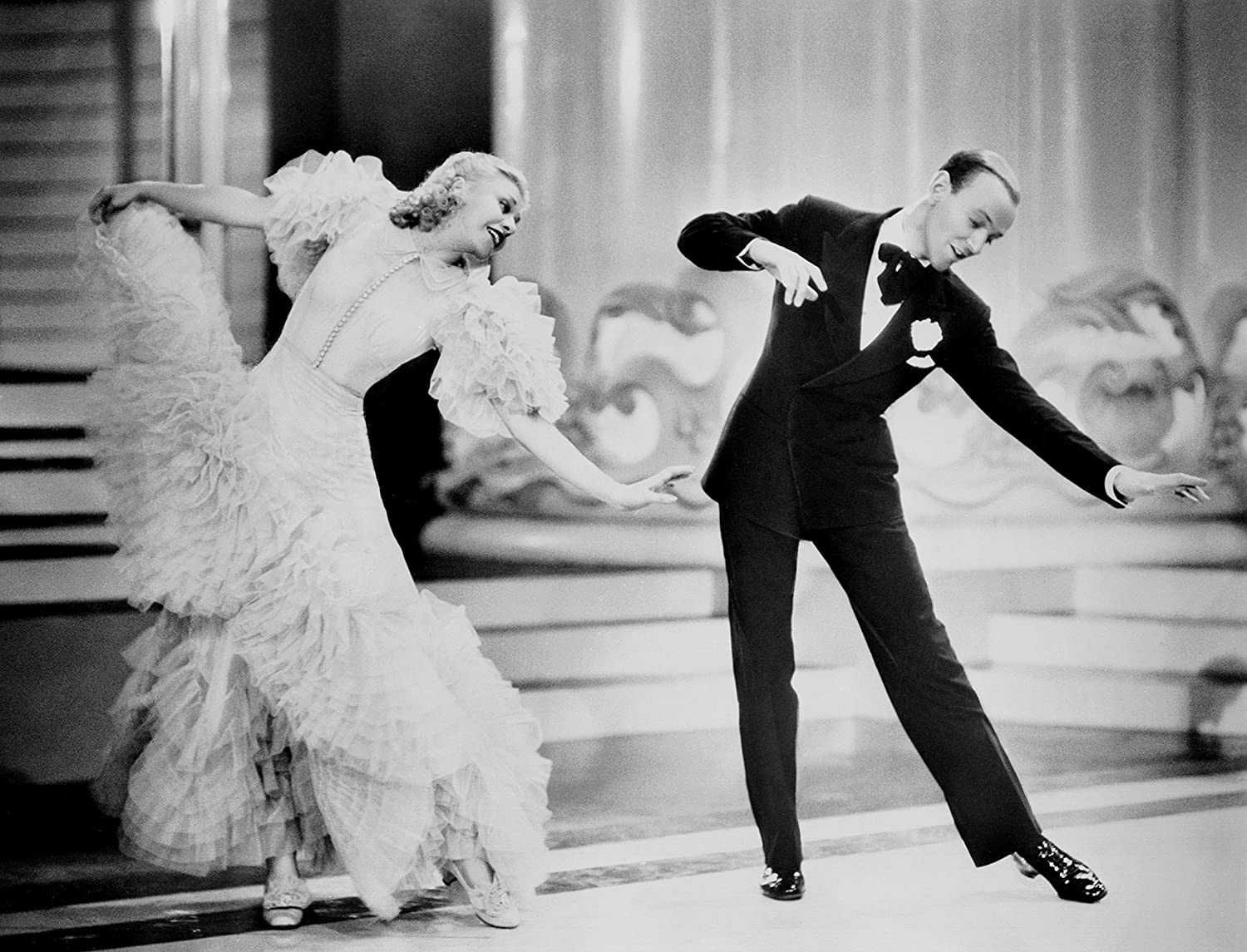 Fred Astaire and Ginger Rogers were the most elegant of Hollywood’s dance teams in the golden age of American musicals and Swing Time (1936) is the peak of their ten-film output.

The plot is as absurd as anything from the era: Astaire is a dancer and gambler who is set to marry his hometown sweetheart (Betty Furness) as soon as he makes $25,000 and Rogers is a streetwise dance instructor he falls in love with almost instantly. They clash upon meeting on a New York street, click as a dance team in an impromptu duet, and keep swapping places as the pursuer and the pursued until the inevitable happy ending.

Future Oscar winner and Hollywood craftsman George Stevens is most famous for such heavy dramas as A Place in the Sun and Giant but he began as a nimble director of romantic comedies and he brings an almost effortless elegance to his direction of a film built of ridiculous misunderstandings and silly comedy bits (much of it carried by the fumbling Victor Moore and sardonic Helen Broderick, playing the loyal best friends to the stars) and he beautifully integrates the musical numbers into the film. In their first dance together (the upbeat “Pick Yourself Up”) they are impressive, but as the characters play their romantic games the dances become silky and seductive, not so much making love as making promises, which culminates in the lovely, bittersweet “Never Gonna Dance” where they ostensibly bid farewell to one another in one last turn around an empty nightclub floor. All of the dances are shot in long, unbroken shots, the better to appreciate the steps and the flow of the performance.

The superb score of original songs by Jerome Kern and Dorothy Field also include the witty “A Fine Romance” and the lovely “The Way You Look Tonight,” which won the Academy Award of best original song. Astaire dons blackface for “Bojangles of Harlem,” which is an impressive tap number with art deco sets and props but is less a tribute to the great Bill “Bojangles” Robinson than a stylized take on the old minstrel show style; it hasn’t aged well but is a product of its time.

Hermes Pan earned an Oscar nomination for dance direction and the film was added the National Film Registry in 2004.

Leaves HBO Max at the end of July. Add to My List

The beautifully restored DVD and Blu-ray from Criterion also offers a new featurette on the choreography and soundtrack plus archival commentary (recorded for the 1986 laserdisc) and new and archival interviews.