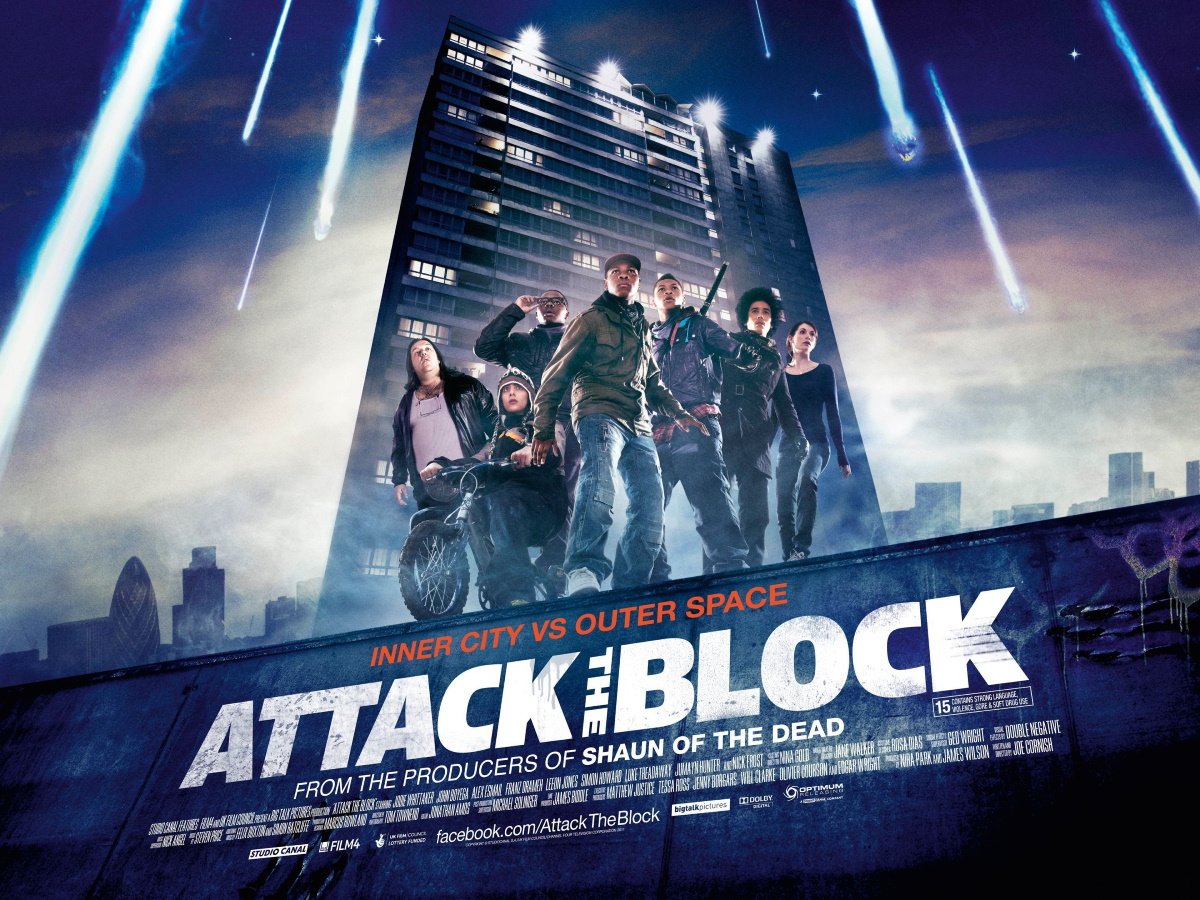 Before Star Wars: The Force Awakens made him an international star, John Boyega made a name for himself in Attack the Block (2011), an alien invasion movie set in the gang-run projects of South London.

While fireworks fill the sky, meteors pelt the streets, unleashing inky-black predators on an unsuspecting gang of teen thugs and a young nurse (Jodie Whittaker) who they just mugged. John Boyega is Moses, the glaring leader of the group, and the volatile mix of anger and toughened attitude he brings to the role covers a vulnerable young man beneath the pose.

Most monsters have eyes that glow in the dark. These inky-black furry predators are all teeth and they glow in the dark with a threat they can’t ignore. Part of the pleasure of the film is the way filmmaker Joe Cornish gives these memorable creatures, smudgy “wolf-monkey” fur balls that disappear in the shadows and leap out like all-mouth eating machines, a startling physicality. As unreal as they look, they are insistently present and threatening.

Attack the Block is both far smarter than it looks on the surface, and more indebted to the drive-in horror movie culture than has been acknowledged. Cornish manages the balance well, taking us into the social culture of the neighborhood and past the first impressions of these young gang members as the threat mounts. Plus, how can you not like a film where a dazed and confused stoner (Nick Frost) figures out how to fight these aliens because he watches a lot of natural history TV?

Leaves Amazon and Hulu at the end of October. Add to Amazon Prime Watchlist or to My Stuff on Hulu

Both the DVD and Blu-ray feature three commentary tracks, all with writer/director Joe Cornish: in the “Junior Commentary” he’s joined by actors John Boyega, Alex Esmail, Franz Drameh, Simon Howard, and Leeon Jones; actors Jodie Whittaker, Luke Treadaway, and Nick Frost join him for the “Senior Commentary”; and executive producer Edgar Wright joins him for the “Executive Producer Commentary.” Also features the hour-long documentary “Behind the Block,” a featurette on the creature effects and a handful of shorter featurettes (including storyboards and art from scenes that were cut before filming).