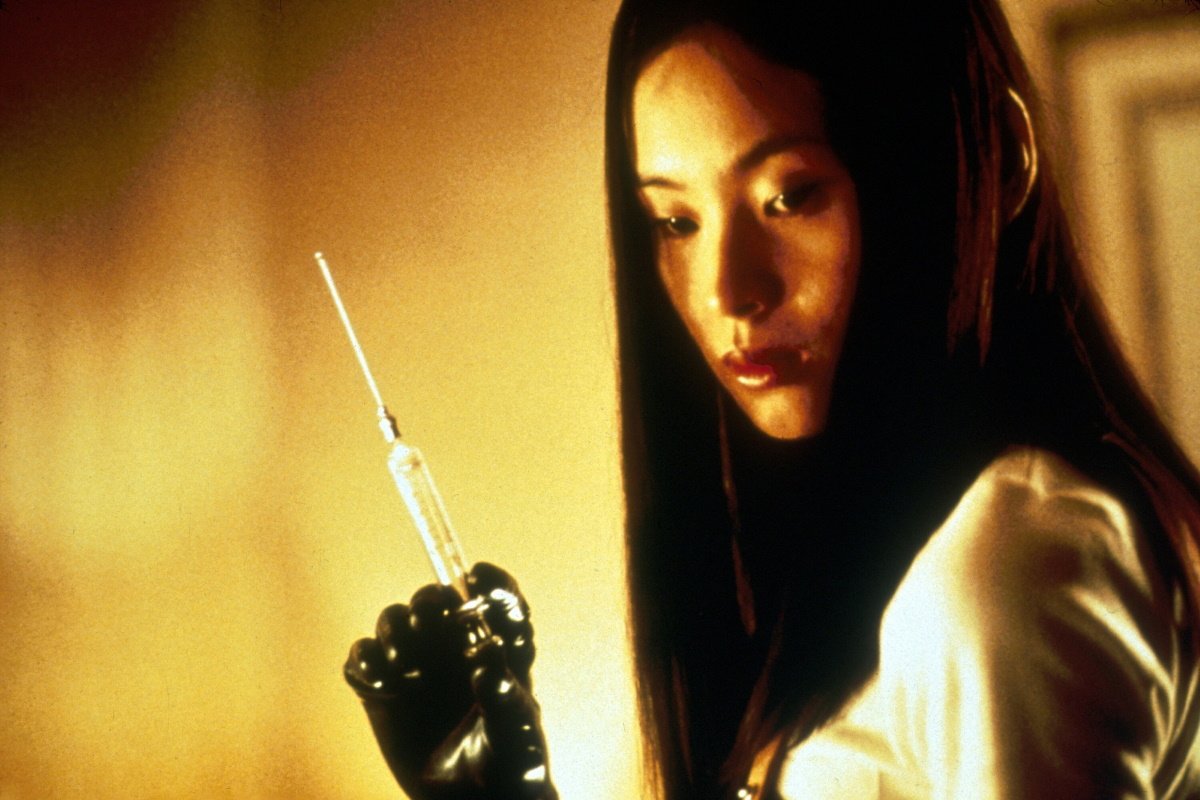 Japanese gonzo maverick Takashi Miike made his reputation with films that reveled in high energy, inventive and unpredictable twists, and sheer excess. Audition (Japan, 1999) stands out from his filmography for its formal control and carefully sculpted stillness. It’s his most uncharacteristic projects, yet one of his most shocking and surprising.

Ryo Ishibashi plays the quiet widowed father Shigeharu, who decides to marry again and uses the audition process of a phony film as a dating service. He finds his ideal in the gentle Asami (Eihi Shiina), who is elegant, submissive, and demure. The restrained romance has the calm feel of an quiet romantic drama or the serenity of one of Ozu Yasujiro’s family dramas, until she disappears halfway through and his investigation reveals a dark past with demented dimensions.

What begins as a gentle romance based on a lie turns into a disturbed and disturbing psycho-horror nightmare that rockets into the Twilight Zone of obsession, sadism, and mutilation. Takashi plays with narrative sleight of hand in dreams and flashbacks that wind through the story and undermine any feeling of grounding.

One delirious dream sequence teases the viewer to sort out fantasy from reality in the final act, but it doesn’t let the audience off with the “it’s only a nightmare” scenario. The nightmare is real and the transgressive turns in the story plays on guilt, paranoia, and a fear of women that seems to permeate Japanese horror as social expectations were turned inside out in the late 20th century.

Be warned: this is not for viewers with weak nerves.

Add to My List on Fandor or to My List on Arrow or stream free on Kanopy, which is available through most public and college library systems.

The DVD edition features select scene commentary by director Takashi Miike, an introduction by and interview with Takashi, an interview with writer Ryu Murakama, a segment from the TV program Bravo’s 100 Scariest Movie Moments, and a still gallery.

The Arrow Blu-ray adds additional supplements, including new commentary by Miike and screenwriter Daisuke Tengan (moderated by Masato Kobayashi) and over 70 minutes of new interviews with the cast members (all in Japanese with English subtitles) among the supplements.