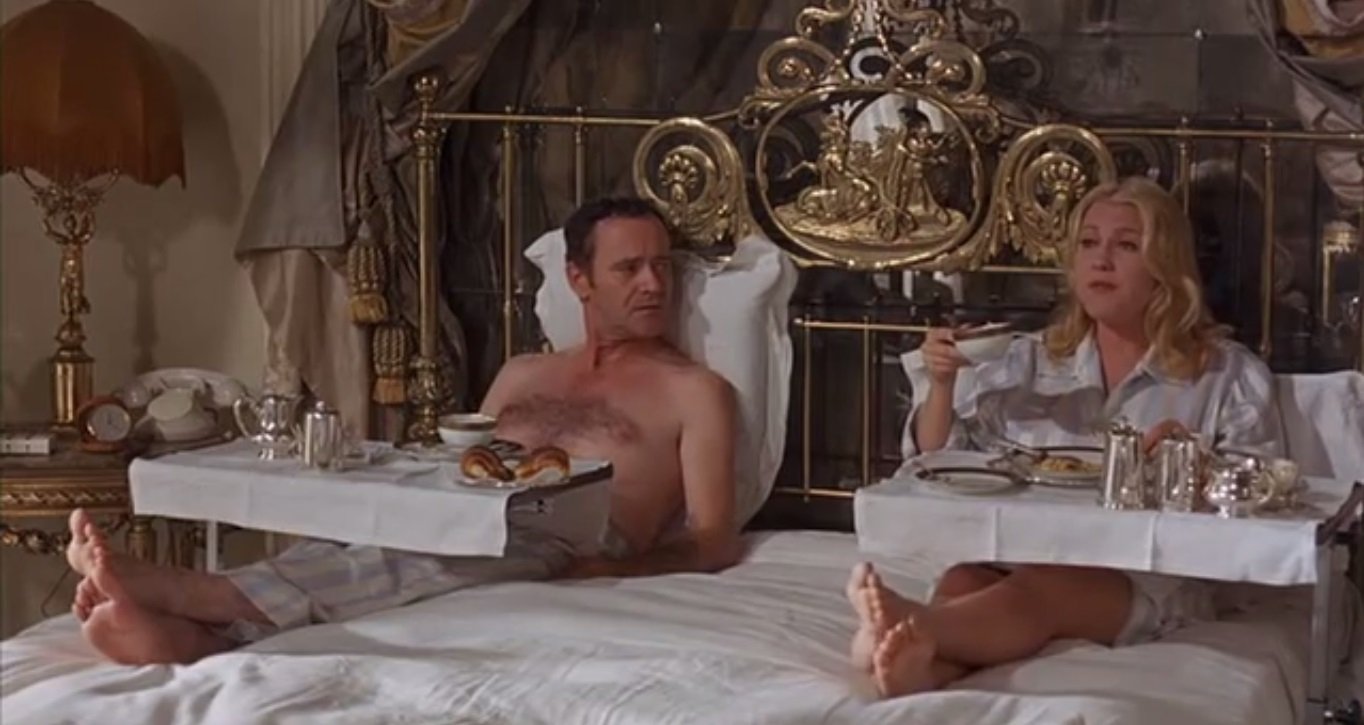 Billy Wilder was one of the great directors of classic American comedy. Avanti! (1972), based on the play by Samuel Taylor, is one of the director’s attempts to adapt his trademark mix of wit, romance, and sex to the more permissive era of the 1970s and one of the best films in the last act of his career.

Jack Lemmon plays the carping, harping American who has flown to Italy at the last minute to bring the body of father, who died in a car accident while on vacation, back home for a funeral. He’s demanding, insensitive, and utterly unlikable, the polar opposite of a British woman (Juliet Mills) who has also come to the Italian island resort to claim her mother, who it turns out had been having an affair with Lemmon’s father and died with him in the car wreck.

Lemmon, who has been both charming romantic lead and goofy comic relief for Wilder, plays the Ugly American here, a tightly-wound, unpleasant businessman who slowly unwinds as he learns to enjoy life in the romantic surroundings of the vacation town, thanks to the influence of working class Mills. Clive Revill is marvelous support as the hotel manager whose first duty is always to the hotel client, and he’s as witty as he is efficient. It’s shot entirely on location on the coast of Italy, which gives the film a gorgeous setting of sunny beaches, blue water, and authentic old-world Italian streets, with interiors recreated in Rome’s famous Cinecitta Studio.

Wilder takes his time with the pacing and the result is a classic romantic comedy of the modern American world colliding with the provincial Italian way of life, where the impatient corporate man learns to slow down and enjoy life like his father did.

Also on Blu-ray and DVD and on SVOD through Amazon Video, iTunes, GooglePlay and/or other services. Availability may vary by service.
Avanti! [Blu-ray]

On DVD and Blu-ray with delightful new interviews with actors Juliet Mills and Clive Revill.