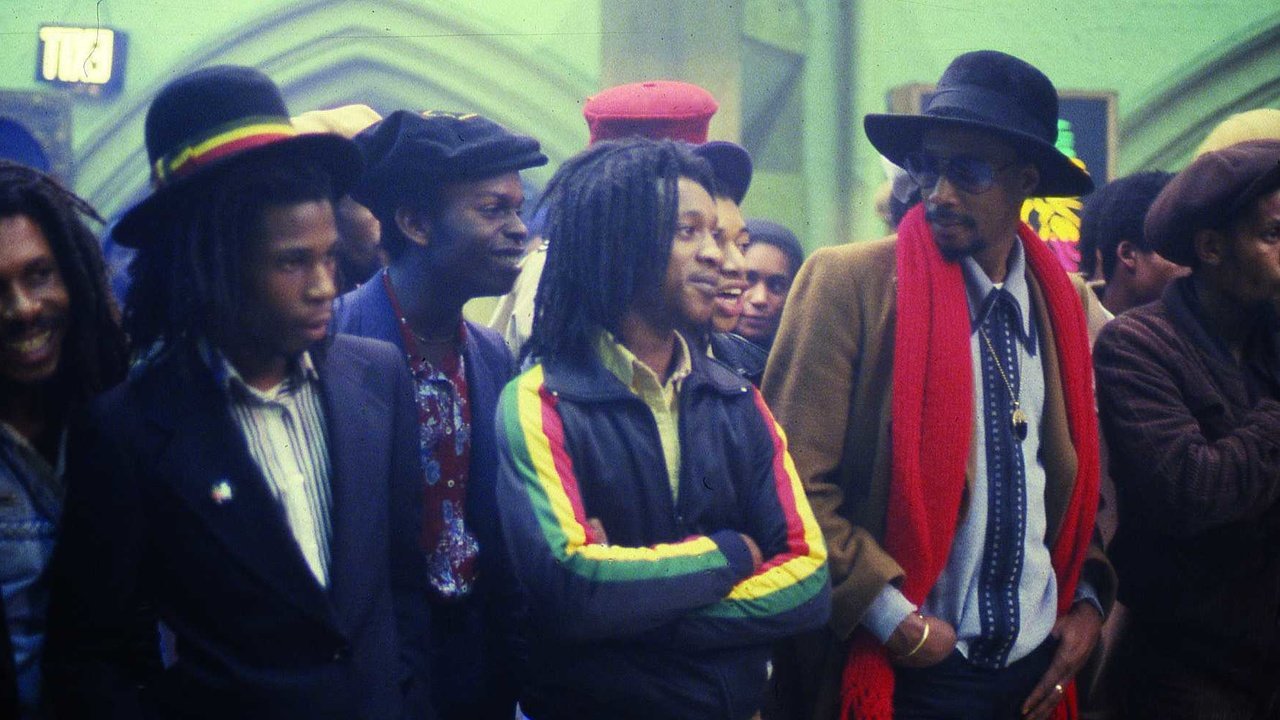 The 1980 British drama Babylon (1980) is on the one hand a high-energy film steeped in the Jamaican subculture of South London and the music culture of reggae, dub, and lover’s rock, and on the other a social document capturing the black experience in the racially-charged atmosphere of Thatcher’s England.

Brinsley Forde (frontman of landmark British reggae group Aswad) stars as Blue, a dancehall DJ in preparing for a battle-of-the-bands contest with his buddies, and the episodic film follows a week in their lives as they face racism and prejudice at work and on the streets. Working class whites and police alike target the black youths with insults, racial epithets, and at times violence (in part drawing upon experiences of the cast members).

The film, directed and co-written by Italian-born filmmaker Franco Rosso, also tackles the prejudices within the Jamaican culture, from its offhanded sexism and homophobia to angry distrust of anyone white, including Blue’s buddy Ronnie (Karl Howman), a former skinhead who overcame his own hate through music. The film is just as timely now, with the rise of white nationalism in both the U.S. and Europe.

Reggae legend Dennis Bovell composed the score. The film was featured in the 1980 Cannes Film Festival but was never released in the U.S. until a 2019 restoration (overseen by film’s cinematographer Chris Menges) was given by a limited release.

It’s not rated but includes drug use, foul and racist language, and street violence.

Add to My List on Criterion Channel or to My Mubi watchlist or stream free on Kanopy, available through most public and college library systems.

Also on Blu-ray and DVD and on SVOD through Amazon Video, iTunes, GooglePlay, Vudu and/or other services. Availability may vary by service.
Babylon [Blu-ray]
Babylon [DVD]

Kino presents the film on DVD and Blu-ray, with optional subtitles (useful for the thick Jamaican patois), filmmaker commentary, new interviews, an archival cast and crew Q&A at the BFI, and a bonus short film by director Franco Rosso.